I’ve been really looking forward to the remake of Red Dawn for a while now. Plagued by the MGM bankruptcy, it’s been sitting on the shelf for a long long time… Now, it’s finally seeing the light of day!

The Lovely Erica headed to an advance screening held by Film District and the awesome folks at Ain’t It Cool News with a nice bonus… A Q and A with Red Dawn star Josh Peck! Yep, Josh from Drake and Josh is all grown up!

Check out the full review and recap below!

Ah Red Dawn! Another victim of the MGM bankruptcy issues that put so many films in limbo for years. It’s got to be hard for them to see the gangbusters business of Skyfall and the inevitable success of the upcoming Hobbit movie and wonder why they couldn’t hold on just a little longer! Another lesser known almost-casualty of their financial mess is the movie Red Dawn. 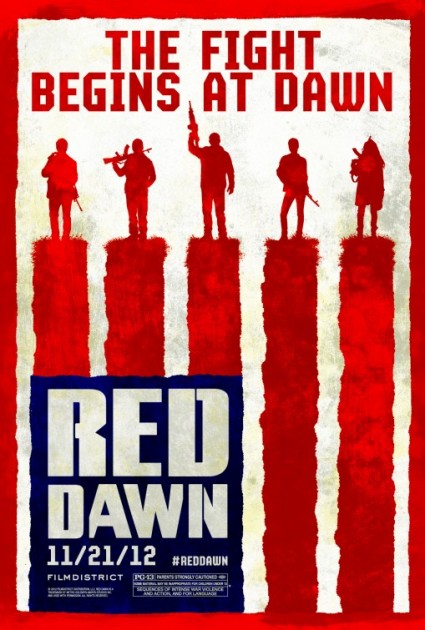 This is a re-make of the 1984 film which focused on a group of high school kids banding together in the most difficult of circumstances. Using a Soviet invasion of America (it was during the Cold War, after all!), this underaged band of rebels organized and united under the high school mascot and called themselves the Wolverines.

So how is the latest version of this film?

There’s a lot more action in this version and the style is more Bourne-influenced since it’s directed by Dan Bradley who was the stunt director on the last two Bourne films. In many ways, this is more of an action film that happens to feature high school students — their youth is incidental to the plot. The end result is fun and enjoyable which makes for a solid popcorn flick — even though there are some major plot holes. 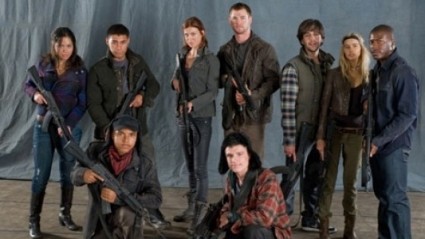 The bad guys in the film are pretty generic – as evidenced by the infamous switch from an invasion by China to North Korea (that’s what life on the shelf can do to you – the world changes and you need new bad guys!). They digitally altered sets and costumes to change out the new bad guys. It’s pretty effective, but I could’ve sworn I saw the Chinese flag in the background when one character is quickly walking by some flags. Also the lip synch isn’t there – but not many people here are trying to lip-read Korean so most people won’t notice. Since the plot doesn’t focus on the politics of the invasion, it really doesn’t matter where the villains are from – and indeed, there are random Russians thrown in for old time’s sake.

The cast is solid with many actors who have since hit box office gold which really makes the casting folks seem like a bit of a genius. 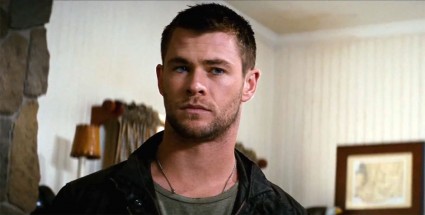 A pre-God of Thunder Chris Hemsworth reliably brings his solid charm and an air of maturity as the older brother of the group. Josh Peck is his likable younger brother, (despite his character’s self absorption which is normally a turn off). Josh Hutcherson brings his earnest appeal while Connor Cruise (yes, son of Tom Cruise) makes his featured role debut. 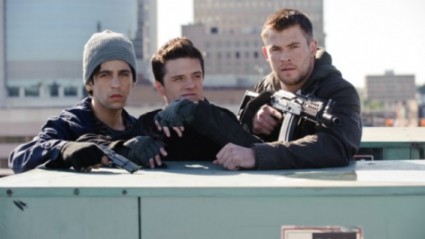 Interestingly, this version doesn’t make a big deal about the two girls of the group, played by Isabel Lucas and Adrianne Palicki. They are equally expected to join in the fight and there’s less need for the boys to protect them. There’s also an appearance by the always-interesting Jeffrey Dean Morgan even if his role is much smaller than in the original.

Overall – an entertaining popcorn flick with a different focus than the original. 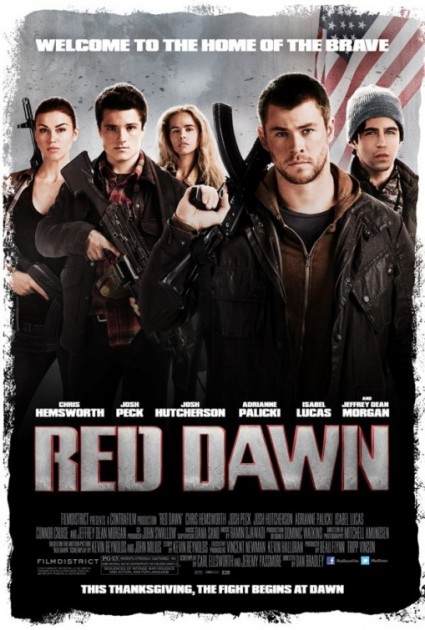 Courtesy of Ain’t it Cool and FilmDistrict, there was a Red Dawn screening in Chicago with a Q&A with Josh Peck. (Yes, I love these!!)

At the close of the movie, the house lights go up and there’s a huge cheer as we obviously see Josh in the theater. He smiles and waves and it looks like he’s starting to get pumped for this.

The chat begins with Capone from Ain’t it Cool asking about how much fun he had to prep for this film since it’s very different from the Nickelodeon show Drake & Josh and the independent films Josh has been doing. Josh gushes about how he loved being a bad ass with the football and military training. 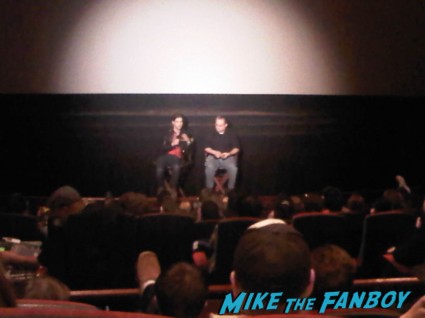 He was injured on set a few times with all the rough and tumble action. But one trip to the ER was for a, uh, less glamorous accident. He was running down the aisle inside a school bus and the shoulder strap on his AK 47 snagged on a seat. The gun hit him in the head and he was sent to emergency room for stitches. That’s why you never run on a bus! 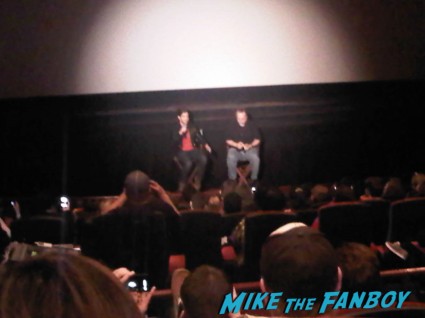 Good natured and funny, Josh took a lot of questions from the audience which ranged from what it’s like to work with Chris Hemsworth (“he’s dreamy…we hung out at Benihana’s a lot…”) and praise from some guys in the audience who loved to see him grow up and now get the girl. He’s come a long way since Drake & Josh! 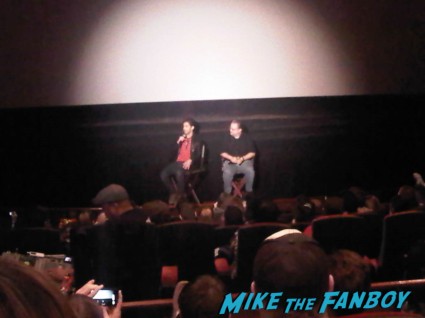 He has interesting and varied tastes as he cites Ben Kingsley in Searching for Bobby Fisher as one of his all-time favorite performances and names the independent film Fresh as one of his top movies. Strangely enough, Independence Day is one of his favorite action films which seems like an odd choice for, well, anyone. 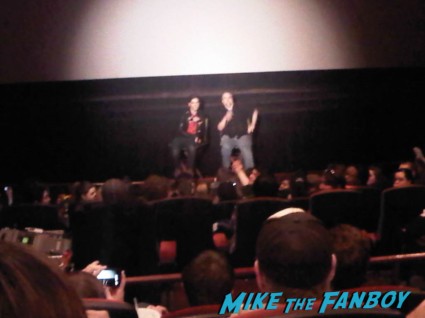 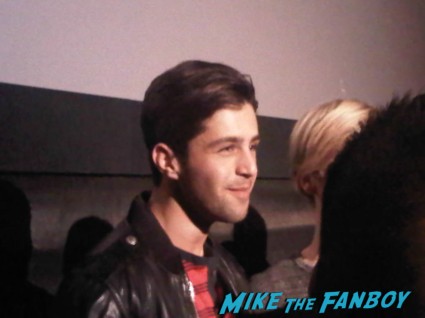 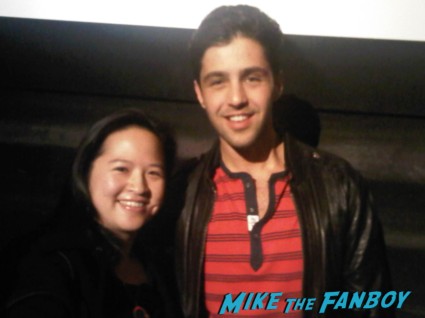