Who doesn’t love Game of Thrones? Let’s be real. It’s amazing, possibly second only to Vikings in my opinion. Suddenly Susan and Ace headed out to a rare q and a for the Sundance series The Red Road.

There were some awesome stars in attendance including Jason Mamoa and Martin Henderson!

Ronan Dex, Khal Drogo, and now Aquaman. Jason Mamoa has come a long way since his Baywatch days. I was invited to attend a special screening for the Sundance TV Series “The Red Road,” which stars Jason, along with Martin Henderson, Julianne Nicholson, Tom Sizemore, Tamara Tunie, and creator Aaron Guzikowski. All but Julianne were on hand for a Q & A afterwards.

The show itself is quite mesmerizing and has a cinematic look and feel. I would highly recommend giving it a view. 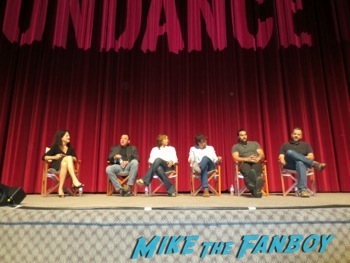 The cast was fun and lively, but Jason took the cake! He introduced himself from off stage before the moderator could. He has a mouth like a sailor, but he was so animated and funny! 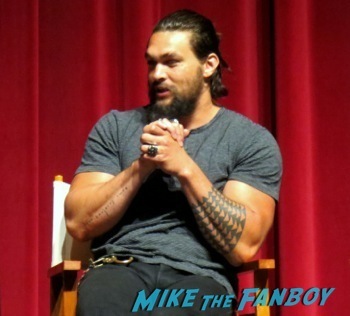 I loved the fact that he has a pink iPhone case. Who would dare make fun of him, right? 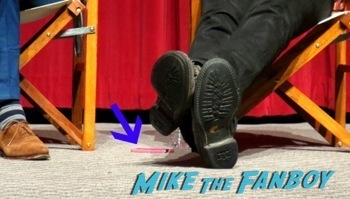 Tom Sizemore was the most serious and spoke in depth about his acting process. The cast interaction was great and they continually complimented each other’s skills. 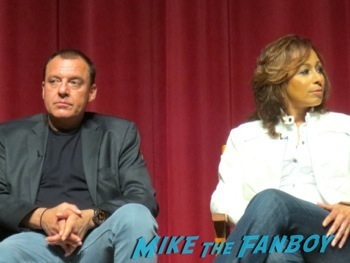 Jason implored the audience to watch the remaining episodes and I would do the same. His acting will surprise you. When asked what drew him to the project, Jason said, “I get to speak English and wear clothes,” to which the audience laughed. 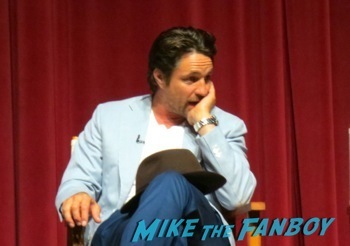 Martin brought up Jason’s new movie, which Jason also co-wrote and directed. It’s called the Road to Paloma and opens on July 11th.

Afterwards, the cast signed autographs and took photos. I got all four cast members on my The Red Road magazine advertisement, as well as Jason on The Road to Paloma (I came prepared!). He was delighted to see I had it. 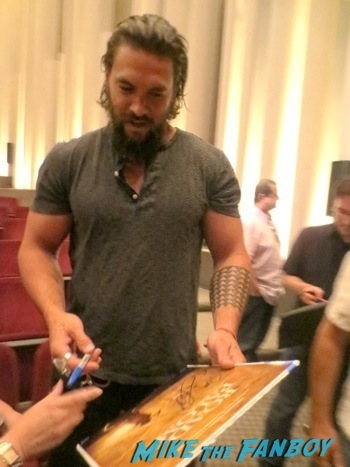 I didn’t get a photo with Tom or Tamara, but it was nice to see she got one with herself. 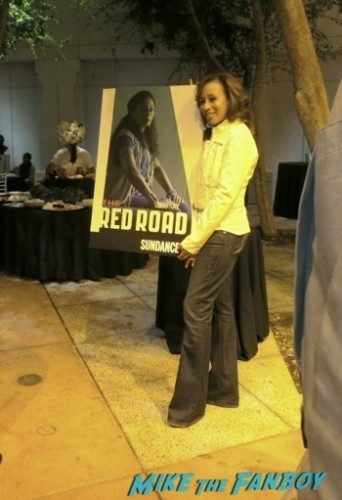 Jason was unbelievably kind, friendly, and genuine to all his fans. Especially me, who had 4, yes I said FOUR, photo fails. The first 3 were blurry and when I asked someone else to take one, I remarked that the other woman must have never used a camera before – well that made Jason laugh, which made me laugh, so his eyes were closed and I looked ridiculous. 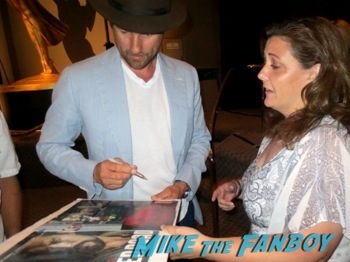 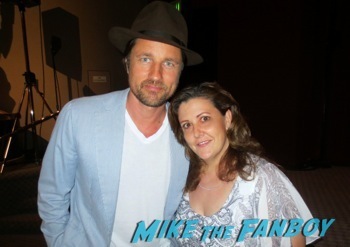 I did not want to bother him again, but Ace in his infinite wisdom said I would regret not getting another photo and he was right! At least 30 minutes had passed and Ace asked for me and Jason exclaimed, “you gotta be kidding me,” but he was joking and grab hold of my arm and presto… a wonderful photo op. 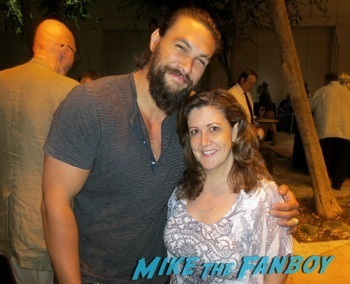 A perfect ending to a perfect evening. 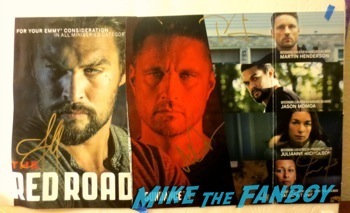 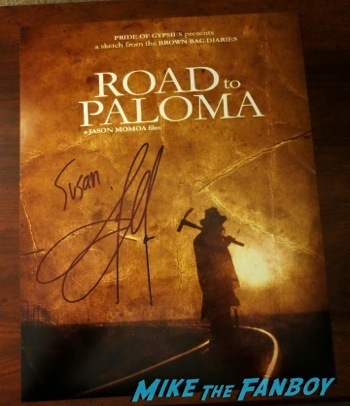