Okay, I think that this week needs a reboot.
Too many people are going to syndicated heaven in the sky.

Ms. Pinky was able to meet The Young and Restless star Jeanne Cooper and was very excited because she grew up with the soap.

We are all saddened to hear of Ms. Cooper’s passing and are sending prayers to her family!

RIP Ms. Jeanne Cooper! You will be missed!

Hello, my lovelies. Pinky Lovejoy here extremely saddened to hear of the passing of iconic soap star Jeanne Cooper from The Young and the Restless. 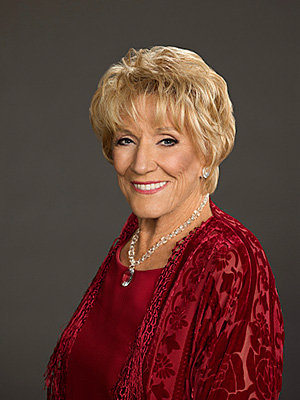 Anyone who has watched her portrayal of Katherine “Kay” Chancellor on the show will know what a powerhouse she was. I remember watching the soap growing up and being in awe of her ability to be such a tough and yet still endearing “villain” (well, at least her character seemed like that to me). 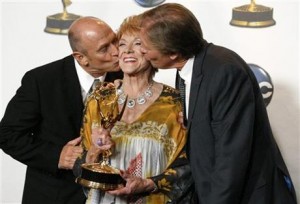 I loved to hate her character and couldn’t wait to see what trouble she would get into (or cause for her nemesis, Jill) next. 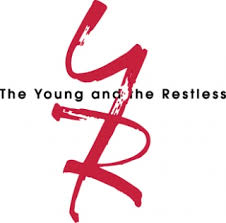 As the longest running cast member on the show, I can only imagine how many tears are being shed today in her memory as she passed away this morning at the age of 84. 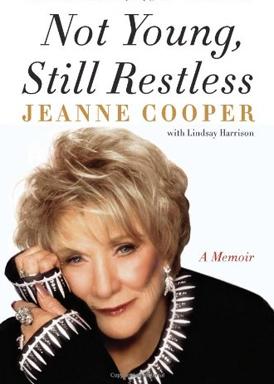 She is survived by her actor son, Corbin Bernsen (who also appeared on the soap), and began her acting career in 1953. I had the pleasure of meeting Jeanne last year at The Hollywood Show when she was selling copies of her memoir, “Not Young, Still Restless,” and found her to be incredibly kind and sweet to everyone. It was such a departure from her character that I found myself admiring her even more.

Thank you, Jeanne, for your dedication to your craft, your years of entertaining millions, and for being so nice to fans. My deepest condolences to her family at this difficult time. Jeanne, you will be missed. 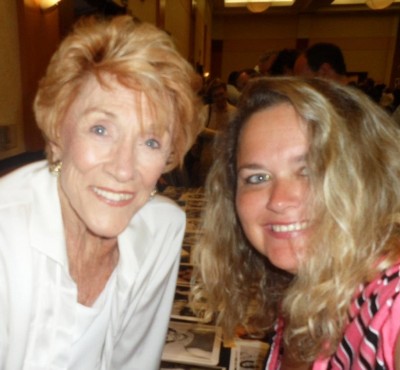