Bones run is coming to an end. Fox has just handed down a renewel for a 12th and final season.

The series starring David Boreanaz and Emily Deschanel has been one of Fox’s longest running series. The 12th season is being billed as a “farewell season” and the shows fate was up in the air as David and Emily’s contracts were up at the end of the 11th season.

This will bring the amount of episodes Bones has produced to 246.

“In times like these, marked by instability and doubt, it’s comforting to know the world can count on at least one dependable beacon of stability. Apparently, that beacon is Bones. It just shows what you can do with an amalgam of genius cast, amazing crew, cunning writers, stalwart studio, sweat, a tough economy, a mercurial network, determination, luck, magic, miracles and the most loyal audience in the world.” 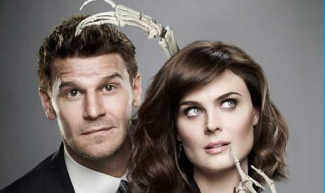