Home / renewals and cancellations / Renewals and Cancellations! The Orville Gets A Second Season! The Good Doctor A Full Season! Say Goodbye To Me, Myself & I! And More!

There are good days and bad days!

FOX has given a second season renewal to the space action comedy hybrid The Orville.
The series has been doing great for FOX and with Seth MacFarlane at the helm, literally and figuratively, it’s kind of a no brainer. 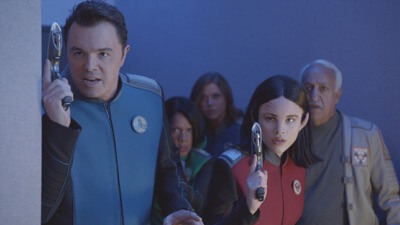 Earning a full season renewal is freshman The Good Doctor. That series has been a ratings blockbuster. You go Freddie Highmore!

Freshman comedy, Me, Myself & I has been yanked from the schedule and is going to be replaced with Man With A Plan.

It’s likely that this is the end for the single camera comedy.