The CW series Riverdale has been given a green light for season 2.

Six weeks into it’s freshman run, the drama mystery series based on the iconic Archie comics characters, received an early renewal. The ratings haven’t been white hot, however the series posts huge gains on DVR and streaming. In fact, the series has been growing 78% in adults 18-34 and 85% in women 18-34 in Live+7 day ratings over L+SD which is very impressive. 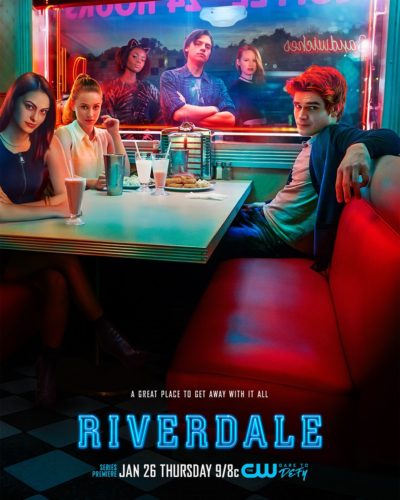 It’s produced by Greg Berlanti who is behind Supergirl, Arrow, The Flash, Legends of Tomorrow and basically the entire CW lineup.

Riverdale is the only freshman series so far to get a renewal nod, No Tomorrow and Frequency are considered very long shots.

Crazy Ex-Girlfriend and Jane the Virgin are also being renewed along with the superhero slate and Supernatural.