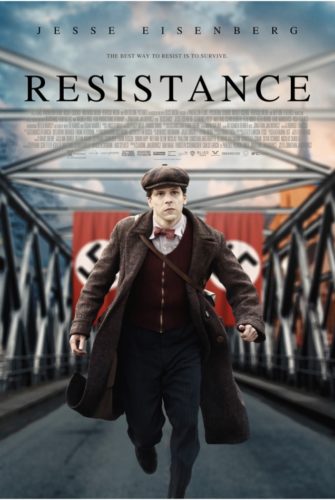 The film opens up in Munich, Germany, on November 9, 1938, a.k.a. Kristallnacht, the Night of Broken Glass, when citizens terrorized their Jewish neighbors and destroyed Jewish-owned properties. During World War II, the world was tested daily with acts of heroism and ordinary people doing extraordinary things. Aspiring actor Marcel (Jesse Eisenberg) daydreams about being an entertainer instead of a kosher butcher like his father in war-torn France. Like most young men during wartime, Marcel gets swept up in the moment and tries to impress a girl Emma (Clémence Poésy) by joining the French Resistance. There Marcel assists with saving hundreds of Jewish orphans to escape the Nazis. Through the world of pantomime, Marcel transforms from fumbling idiot to the marvelous mime Marcel Marceau. 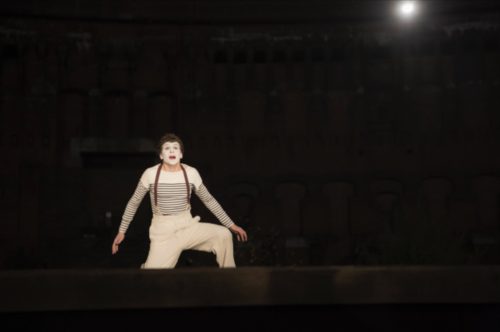 As the decades have passed, countless captivating stories of perseverance during World War II seem to surface. One of the most fascinating has to be about the world’s greatest mime, who was a legend in France for his performances, but very few outside of Europe knew his remarkable resistance in saving orphans during the Nazis’ regime. “Resistance” recounts the amazing transformation of Marcel Marceau.

Thousands of orphans were saved during World War II and “Resistance” recounts the heroism of individuals risking their lives trying to bring back kindness into the world. Marcel’s miming continues to be legendary, but what he did before becoming a cultural icon is nothing short of inspirational. Jesse Eisenberg excels and amazingly brings to life the silent entertainer. Although perceived for his annoyingly awkward characters, Eisenberg’s neurotic nuances allows him to flourish fantastically as the iconic mime. His calculated comedic timing terrifically transforms the orphans, especially Elsbeth brilliantly played by “Game of Thrones” star Bella Ramsey, and reassures them you can still laugh in life despite the atrocities we may endure. “Resistance” is highlighted by an entertaining Eisenberg, who wonderfully captures the spirit of the late great Marcel Marceau and it’s a role he was born to play. 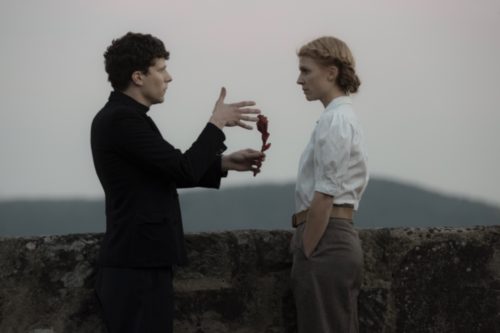 Rounding out the cast, Géza Röhrig, Clémence Poésy, Ed Harris, Edgar Ramirez and Félix Moati make the movie extra special. Röhrig and Poésy are two delightful surprises in this touching, thoughtful movie. However, Matthias Schweighöfer, who portrays Klaus Barbie, brings a ferocious engaging energy highlighting the heinous and hideous sides of humanity during World War II. Honestly, I would’ve been willing to see a movie of just Barbie and Marcel alone. Matthias Schweighöfer sensationally brings history alive. As a collective, the supporting cast of characters have shining moments, but they seem to just be a piece of the puzzle for Marcel’s life and are not fully realized in the grand scheme.  Nonetheless, Marcel’s magnificent dedication and passion for taking care of others is presented to a new generation.

Crises come and go, but real heroes have a way of emerging when the world needs them most.
Marcel Marceau was one such individual. For Marceu’s contributions during World War II, he was made a “Grand Officer de la Legion d’Honbeur” and awarded the National Order of Merit in France. “Resistance” is a refreshing recreation of an amazing and awe-inspiring story.

“In silence and movement, you can show the reflection of people”- Marcel Marceau 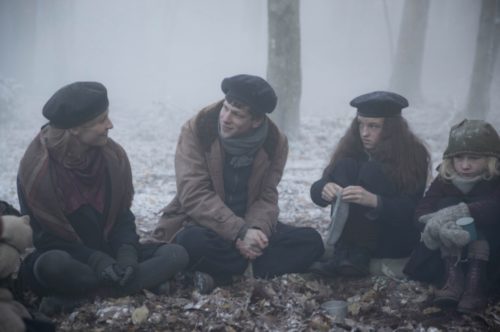