Home / FANBOY FAIL! • MTF Rant / MTF Rant! Being Rejected By IMDB Interviewer Retta! AKA Donna From Parks And Rec! Apparently, She’s Too Big Of A Star To Sign!

Okay, I’m going to phrase this rant as a… “I’m not mad, I’m just disappointed.”

I think that fits how I feel more than anything.

I’ve become a huge fan of Parks and Rec, I think I binge-watched the entire series in the course of a month. It’s hysterical. The cast is superb, It’s awesome.

I even went ahead and visited the locations on several occasions. 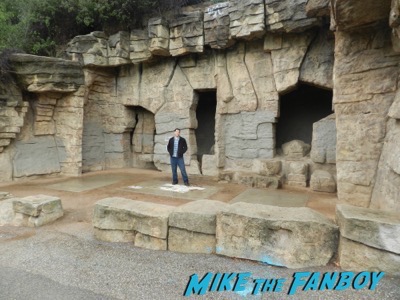 Last night, I was super excited to see Retta on the list at one of the Emmy parties. Retta played Donna on the show and I expected her to be pretty nice. I brought my Parks and Rec poster with me and when she arrived I was stoked.

Now, let me set this stage. There were 35 or more frothing dealers and collectors who were losing their shit over every random person that walked past. 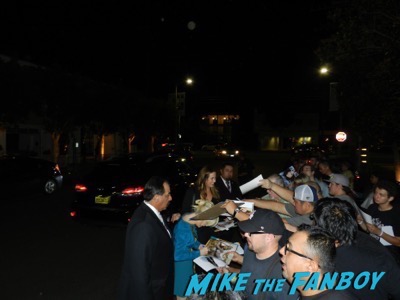 I mean photo paper was flying like I’ve never seen. I may have heard on person exclaim, “Oh My God, that might be the guy who played the Dad in The Hand That Rocks The Cradle. Quick someone hand me an index card!”

So, when Retta arrived I was so excited, I waved my poster and she mumbled something about, “signing things.” and went to the other end of the line.

Now, you would think people would have card or had something for her to sign. Nadda. Nothing. No one cared…. Except me.

I was like what? So I said, thinking that she thought I might be selling it or something, “Oh, my name’s Mike, you can make it to me, really, it’s fine.”

And then I got a have short and scoff as she walked away.

I was stunned. Seriously stunned.

Now, I’ve gotten rejected before, it goes with the territory, but… like… Let’s be real, being a recurring/supporting player on a cult classic sitcom isn’t exactly the key to career longevity.

I mean, a quick look on eBay and her autograph is $10… Or best offer. I’m not sure an autograph goes for less than $10 but…

Maybe I should “treat myself.”

So, if you think about it, my poster cost $3.00 to print, and since her autograph is going for a buck and some change than the value of my poster would have decreased if she signed it. Interesting… 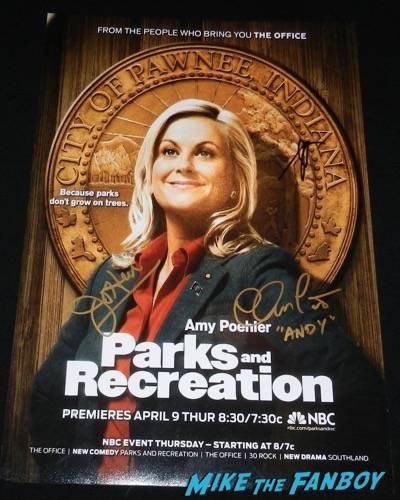 Let’s look at this another way, Since I’ve been fortunate enough to meet most of the cast and they’ve been cool, we should do a where are they now?

Amy Poehler – I’ve met about three times, she’s up for another Emmy Award this year.

Chris Pratt – Super rad! Starring in the biggest movie of the year!

Adam Scott – not chatty but cool. Has a new series and movie (Krampus) coming up.

Rob Lowe – Has a new series on FOX this season.

Which of the above doesn’t fit?

“Marietta Sirleaf (“Retta” from NBC’s “Parks and Recreation”) will be Twitter’s official live-tweet correspondent from the Emmy red carpet and inside the show.”

Perhaps Chris Pratt will stop and do a quick interview so you can ask him what he and his lovely wife Anna Faris are wearing on Emmy night?

Or Amy Poehler might pause and say hi, you can wish her luck on HER big night.

I understand you’ll be hanging with Ross The Intern, hoping to grab a few interviews.

But fear not, Retta will be joining the illustrious group of red carpet hosts like…

You don’t remember all of them? Huh? Me neither.

But hey, congrats on landing that job as TSA Employee #1 on The Kroll Show in 2014!

Oh and please tell Ross the Intern hi, Karalee is a huge fan.