Clint certainly made my day. In a spectacular star-making role as the titular character, Paul Water Hauser dominates in Clint Eastwood’s “Richard Jewell.” 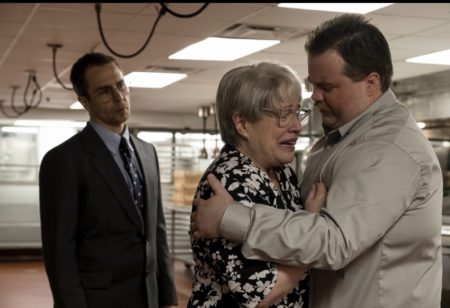 Based upon an article published by Vanity Fair, Clint Eastwood’s mesmerizing movie magnificently navigates how facts and truth obscure the real narrative of what actually occurred. Continuing the trend of his previous four films of ordinary individuals accomplishing extraordinary feats (“American Sniper,” “Sully,” “15:17 to Paris” and “The Mule”), Clint Eastwood once again assembles an amazing cast headlined by Paul Walter Hauser and Sam Rockwell in two tour-de-force performances. Considering the filmography of Eastwood, Paul Walter Hauser seems like the most unlikely hero in the 40 films made by the iconic director, but Hauser absolutely obliterates and owns his role as a delusional and clueless overweight security guard turned hero. 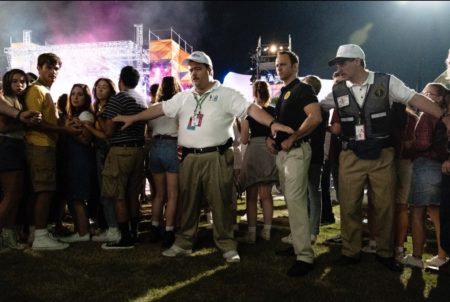 Awards voters might recognize Hauser for his scene-stealing performance as Shawn Eckhardt in “I, Tonya” and/or as ignorant clansman Ivanhoe in “BlacKkKlansman,” but that will soon start to change thanks to this transformative, sensational performance. Character actors like Hauser have been the bread and butter of Hollywood for years, but over the past two decades many of them are now finally getting their long overdue recognition. Initially intended as a vehicle for Jonah Hill, casting Hauser has created a relatable and enjoyable everyman character (almost akin to the Golden Age of Hollywood) of someone shining in a deplorable, difficult situation and rising to the occasion. Hauser’s harrowing, heartfelt performance is nothing short of breathtaking and definitely deserves plenty of awards consideration with arguably the breakthrough performance of the year! There are certainly delusions of grandeur almost like Kevin James’ “Paul Blart” and Seth Rogen’s Ronnie Barnhardt in “Observe and Report,” but unlike those two terrible police wannabes Hauser hones his skills to create a passionate, empathetic and effective everyman. Hauser brilliantly portrays Richard Jewell as a lovable loser enduring a hellish nightmare, yet you can’t turn away from his powerful performance.

Sam Rockwell plays Richard Jewell’s lawyer Watson Bryant, a casual acquaintance of Jewell’s from a previous a job. As a result of the media scrutiny, the two reconnect and forge a beautiful bond. For years, Sam Rockwell remained a captivating character actor relegated to background roles, but has certainly burst through as a go-to stellar supporting actor who continually delivers Oscar worthy performances with recent back to back nominations (“Three Billboards Outside Ebbing, Missouri ” and “Vice,” winning for the former). Much like Tilda Swinton (“Michael Clayton”), Gregory Peck (“To Kill A Mockingbird”) and Maximillian Schell (“Judgement at Nuremburg”), Rockwell relishes and aggressively assumes the role of a resilient lawyer going against an uphill battle and manages to deliver his best performance to date. Needless to say, seeing Rockwell and Hauser handle this beautiful screenplay is worth the price alone. 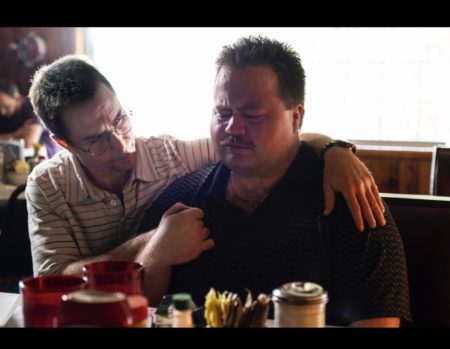 Academy award nominated screenwriter Billy Ray’s remarkable script is well-balanced with a captivating character drama unfolding before your very eyes. Although raising suspicions about certain facts (namely exchanging sexual favors for news tips), Ray’s script certainly captures the Mamma’s boy and loser outcast personality perfectly to justify the suspicions made by the FBI, specifically Tom Shaw (Jon Hamm). The entertaining exchanges between Atlanta Journal-Constitution reporter Kathy Scruggs (Olivia Wilde) and Shaw certainly create chaos generating a false narrative accusing Jewell of “fake hero syndrome.” Sadly, it’s not too far-fetched considering Jewell’s colorful, checkered past. Instead of garnering attention for “Booksmart,” Wilde should receive more attention for this performance instead of directing a lackluster, forgettable directorial debut. Academy Award winner Kathy Bates rounds out the principal cast as Mamma, Bobi Jewell, and wins over your heart similarly to “The Waterboy.” One thing is for certain, “Richard Jewell” is one of the year’s 10 Best Films! 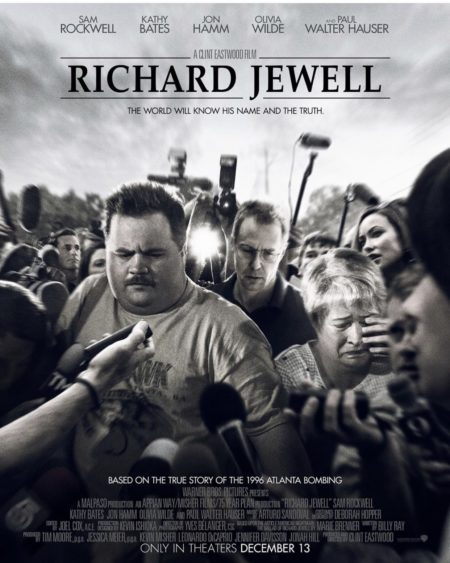 Considering the quick turnaround with filming, Clint Eastwood sneaks in awards season with a gut-wrenching, poignant film destined to go down as one of his best films ever. Considering it’s been 15 years since his last Best Director Oscar win, don’t be surprised if Clint Eastwood joins the conversation once again. Considering the icon is 89-years-old I wouldn’t be surprised if Clint Eastwood surpasses John Huston (“Prizzi’s Honor” at age 79) as the oldest nominated director for Best Director. “Richard Jewell” might tell the story of a lovable loser, but this amazing and absorbing movie proves Eastwood knows how to direct a proper picture. You would be foolish to miss “Richard Jewell.”

“I’ve always been fascinated with the stealing of innocence. It’s the most heinous crime, and certainly a capital crime if there ever was one”- Clint Eastwood.