Home / Contests / Contest Time! Win Ride Along 2 On Blu-ray! The Kevin Hart And Ice Cube Comedy Is Out April 26th!

Fasten your seatbelts and brace yourselves for another wild ride when Kevin Hart (Get Hard, The Wedding Ringer) and Ice Cube (22 Jump Street, Barbershop) return in the hilarious, action-packed comedy, Ride Along 2, coming to Digital HD on April 12, 2016, and Blu-ray™, DVD and On Demand on April 26, 2016, from Universal Pictures Home Entertainment.  The Blu-ray™, DVD and Digital HD feature even more of the duo’s hysterical banter and explosive fun with deleted scenes, gag reel, never-before-seen bonus material, including a hilarious new recruitment video “Ride Along With Us” and “The Ride Diaries” with Kevin Hart and Ice Cube! 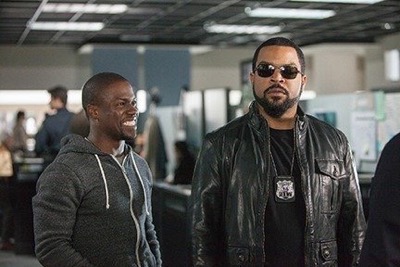 The brothers-in-law are back! Ben (Kevin Hart; Get Hard, The Wedding Ringer), a recently graduated police rookie, now aspires to be a detective like his soon-to-be brother-in-law, but James (Ice Cube; 22 Jump Street, Barbershop) still doesn’t think that he has what it takes for the job. He reluctantly takes Ben with him to follow up on a lead in Miami. Plans for a quick trip go awry when their unorthodox policing gets them into a compromising situation that threatens to derail a major case… and Ben’s upcoming wedding day. Also starring Ken Jeong, Benjamin Bratt, Olivia Munn and Sherri Shepherd. The dynamic duo of Cube and Hart renew their comedic connection in this bigger, better, and funnier sequel! 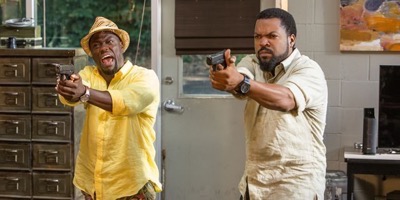 Ride Along 2 reunites the partners and brothers-in-law-to-be as they take on new crime in Miami.  The absurdity quickly unfolds while tough cop and all-around cool guy James (Ice Cube) works to solve a major case with the mouthy wannabe Ben (Kevin Hart).  In the riotous sequel to the action-comedy hit that first brought together the hilarious mismatched cops, “Ice Cube and Kevin Hart are the comedy duo of the year!” according to Dave Morales, KRIV-TV (Fox). 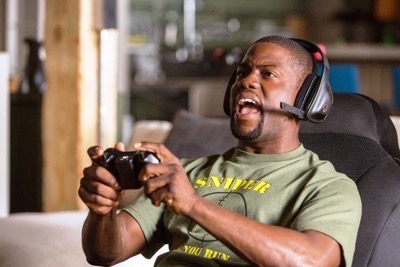 BONUS FEATURES ON BLU-RAYTM AND DVD
• Deleted Scenes
• Gag Reel
• Ride Along With Us – Ben & James host a police department’s recruitment video.
• Behind the Scenes of Ride Along With Us – Go behind the scenes as Ben and James go in front of the camera to film their police department recruitment video.
• Kevin & Cube: Brothers-In-Law – One of the secrets behind this franchise’s success is the chemistry between Kevin and Cube… Filled with plenty of jokes, lots of banter, and lots of loving insults, this piece won’t talk about how much they loved each other… it will show it.
• Inside Black Hammer Vision – Bringing Ben Black Hammer’s love for gaming to life with the exciting Miami car chase scenes.
• Feature Commentary with Director Tim Story

BLU-RAYTM EXCLUSIVES
• The Ride Along Roundtable
• The Ride Diaries – Go on the set with Ice Cube, Kevin Hart, Will Packer, Tim Story and the      whole cast & crew and experience the fun, excitement and action involved in creating some of the film’s most dynamic scenes.
• The New Recruits – For this sequel, Tim Story and Will Packer knew that they had to up the ante and push the characters even further.  One of their key tactics was to introduce some new players to the cast – Olivia Munn and Ken Jeong.
• Ride Along With Kevin Hart – Kevin Hart is as wild and fast-talking behind the scenes as he is on camera.  In this up-close-and-personal piece, we go on the set and inside the trailer with Kevin as he sets up scenes, plays to camera and jokes with other cast members.
• Cori’s Wedding Commercial – As part of the wedding package, Cori was in charge of filming and editing Ben and Angela’s wedding video.  Unfortunately, Cori accidentally recorded over the last half of the wedding with a commercial for her business. 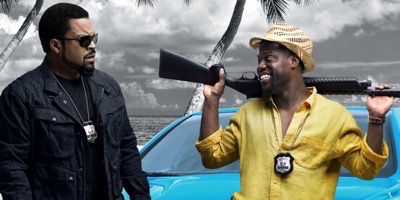 Thanks to the Fine folks at Universal Home Entertainment we have a copy of Ride Along 2 to giveaway! 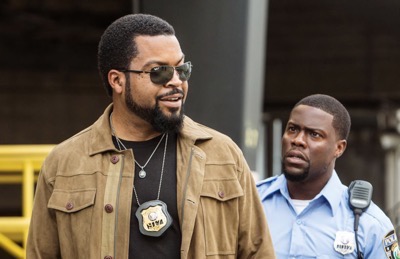 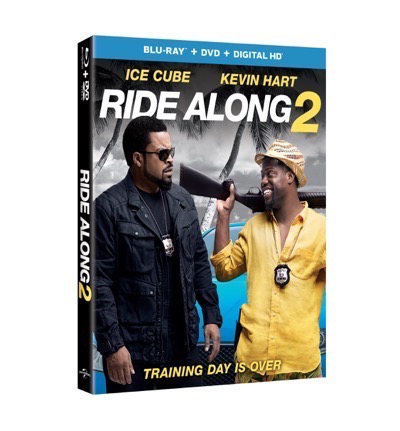