Animated sequels are always hit and miss affairs, you never know if the same magic and chemistry will transfer over to a new adventure. In the new film, Rio 2, those fears are quickly put aside as it takes off to soaring flight with a rocking soundtrack and fun for the whole family. 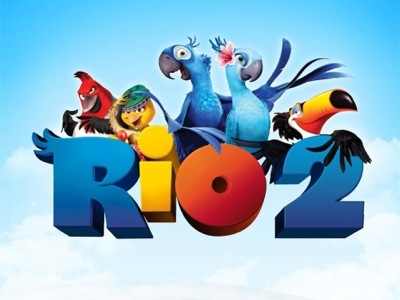 Blu (Jessie Eisenberg) is back and is now married to Jewel (Anne Hathaway). He is the father to three kids and living a relatively happy life. The flocks protectors Linda (Leslie Mann) and Tulio (Rodrigo Santoro) run into another flock of birds. This flock of Macaws makes Jewel realize that her and her small family are not alone in the world, there are others like her. Jewel talks to Blu, who just wants to hang at home. Jewel talks blu into making a trip to the Amazon so that they can see more of their kind. 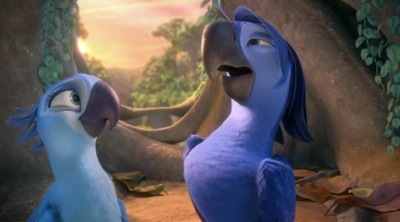 The family starts making their way to the Amazon and on the way, they run into Nigel (Jermaine Clement) who is a crazy Cockatoo who is still mad at Blu for things that happened in their past and blames him for not being able to fly. Teaming up with a poisonous frog named Gabi (Kristen Chenoweth), Nigel intends to get revenge. Gabi has an undying admiration for Nigel and joins him in his anger for Blu. 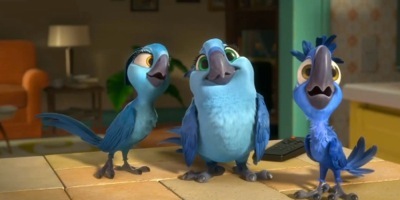 But there’s more craziness ahead, Big Boss (Miguel Ferrer) is a human being who runs an illegal logging business in the forest. Big Boss wants to find the Macaw’s home, so he can destroy it. Big Boss is afraid that environmentalists will intervene and the area will be protected. 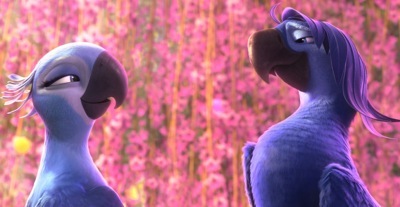 If that wasn’t enough, Jewel’s past is catching up with her as she runs into her family including her father Eduardo (Andy Garcia), old boyfriend (Bruno Mars), as well as Nico (Jamie Foxx) and Pedro (Will.I.am) who are back from the first film. 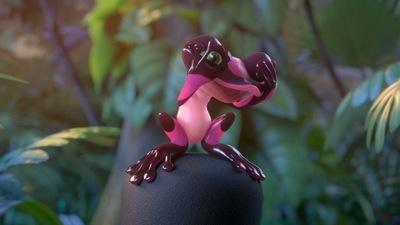 That’s a lot of plot to cram into one film. While there’s nothing here that will break any barriers, it’s a pleasant chapter in the Rio series. The real standout here is Nigel and Gabi. Kristen Chenoweth is adorable and I love seeing her as a “bad guy.” 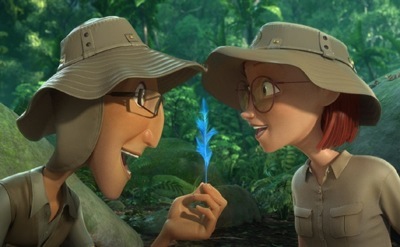 Rio 2 really sparkles on blu-ray. I’ll say it again but the format really excels when it comes to animation. It’s so rich you almost want to reach your hand into the picture. The bright Caribbean colors and textures of the forrest are really highlighted by the picture quality. 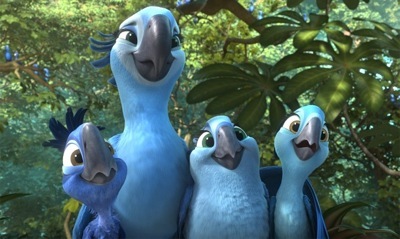 Rio 2 comes packed with bonus features. For this review I have the regular combo pack, for the 3D version there are some differences.

Included in this release is a deleted scene – Practice, as well as Boom, Shake, Snap: The Local Sounds of Brazil. This is a great little featurette that spotlights various sounds from the film. 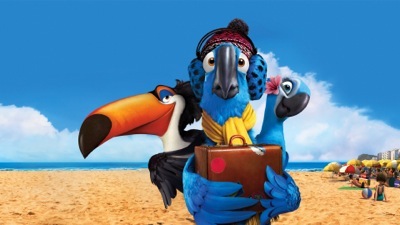 Birds and Beats: The Singing Talents of Rio 2: This is a featurette that spotlights all the voice artists in the film.

Music, Dance, Sing-Along Machine: Another featurette that shows viewers how to participate Rocky Horror style while watching the movie.

Nigel the Shakespearean Cockatoo and Friends: This is a featurette that focuses on Nigel the main villain and also has an nice little tour of the Blue Sky animation facility. 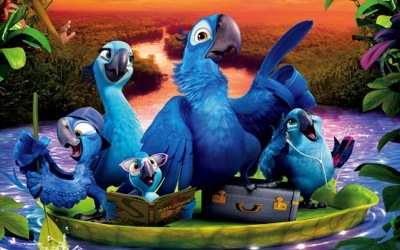 There are also theatrical trailers, What is Love music video, I will Survive sequence and more.

Overall, I highly recommend checking out Rio 2. It’s a fun film that will not only hold little ones attention but also has stuff for the adults watching the film as well. I can see little kids watching this over and over as the years go by! 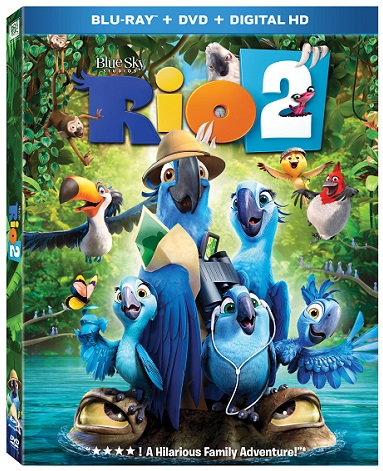