Man oh man… What a shocking day. I can’t believe that we lost Phillip Seymour Hoffman today. While I personally have never met him, I am so thankful that Erica was nice enough to get me an autograph on my The Talented Mr. Ripley Script cover. It was so kind of her and especially now, I’m even more thankful. 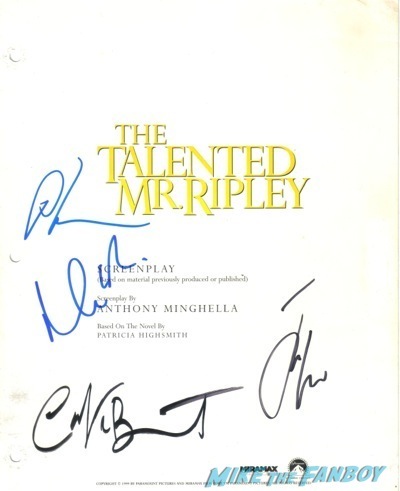 You’re going to be seeing a few of these RIP articles here on MTF about Mr. Hoffman, but I’ll let Erica go first. She was able to meet Phillip Seymour Hoffman after a performance years ago in New York.

Well, there were actually lots of Philip Seymour Hoffmans out there. There was the writer, director and actor. He was the type of actor where, no matter what the role, you thought “good casting!” since he could do anything. He had a remarkable body of work and never had a weak performance.

I was lucky enough to meet him twice – both times at the theater. Even with all his film success, he kept working with the stage. The last time I met him, he was directing Tom Hardy in a play called the Long Red Road – a dark play about a man who is slowly drinking himself to death. Clearly Hoffman is not a man to shy away from difficult subject matter or his demons. 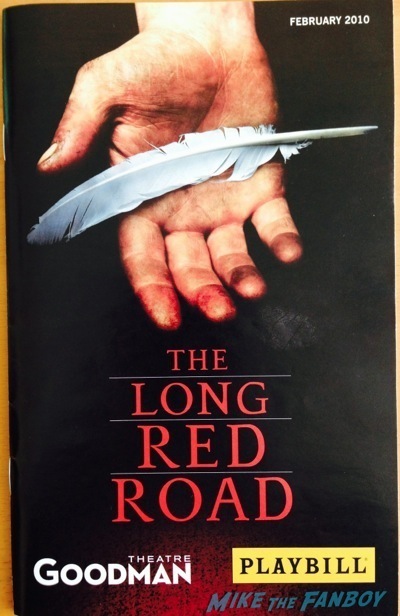 When I think of Hoffman, I tend to think back on the first time I met him which was way back in 2000 in a play called True West. True West is the story of two brothers – one a type-A Hollywood writer and the other a drifter. This particular Broadway revival had an intriguing twist: the two lead actors would rotate and play both roles. Pretty crazy right? Two very different roles to be played on alternating nights! Of course you need real actors to pull this off – so they got Philip Seymour Hoffman and John C. Reilly– both hot off of Magnolia which had huge buzz at the time. Their presence made True West a ticket in NY. 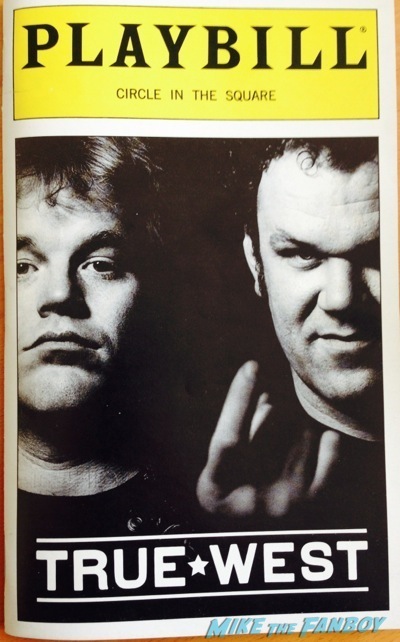 Needless to say, both actors killed it on stage and it was a really great show. So great that it would be hard to think of the actors in the reverse roles, but then, if you think about it, you could totally see them in the reverse roles. Amazing really.

My sister and I waited afterwards to get our Playbills signed. There were maybe 6 people waiting and Philip and John were as nice as can be. They came out about a minute apart so they joined us and we formed a little group to chat and shoot the breeze. Highly unusual, but even after they signed the Playbills, they stayed and we all chatted for a good 10 minutes more. We chatted about the show, Chicago (John C. Reilly is from Chicago) and things I can’t remember 14 years later, but it was a really friendly cap to a great night of theatre. 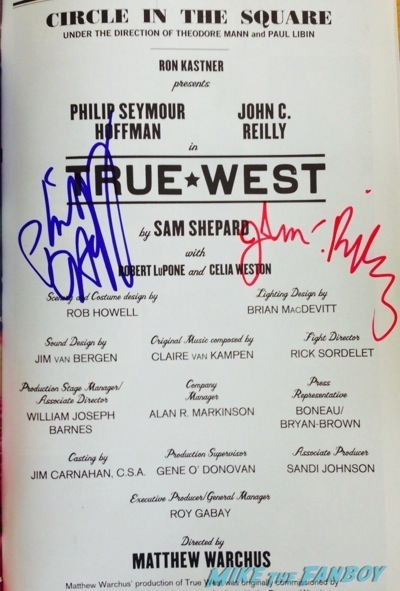 Hoffman was a really nice, amiable, everyday sort of guy which makes the contrast to his range of characters or his own dark demons that much more remarkable – and so very sad when you think about how many more great performances we’ll never see from him. 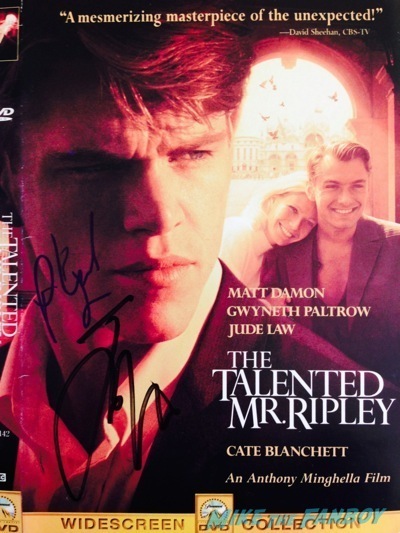