CB is out and about for the premiere, I would have gone for just Freida Pinto because her new Interview magazine cover is HOT! But I didn’t….

Today I am writing about my experience going to the Rise of the Plant of The Apes premiere. The cast includes James Franco from 127 hours, Frieda Pinto from Slumdog Millionaire, and Tom Felton from Harry Potter and Andy Serkis from Lords of the Rings.

I actually was not going to do this premiere because of all the madness happening on Hollywood blvd today, but I said, ehh, why not! I had my mini poster and offered to help Scotty with Tom Felton because he has never threatened me with a sharpie to the eye. Lets hope for the best.

(Editor’s Note: Scotty is planning on threatening you with a Sharpie to the eye, but he’s just scheduling it for a later date. M-)

3:00: I get here and I’m quite shocked at how many people are here for James Franco. The whole barricade is full. I find my spots and go locate Scotty to get his Harry Potter poster.

4:00: Its craziness in Hollywood. Lady Gaga is doing a concert and its just chaos all over Hollywood. Scotty can tell you guys what time he got there…lol

4:30: I’m joined by the Awesome Anushika who is a huge Harry Potter fan.

6:00: Dear Peta, even if you support a movie, you guy don’t have to make your presence known.. 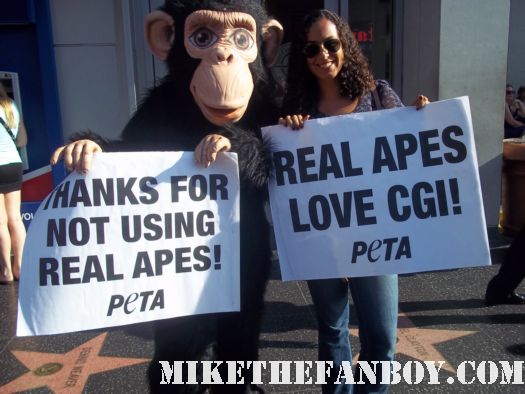 6:30: First arrival and its Freida Pinto. She walked from the Hotel and came right over to us. 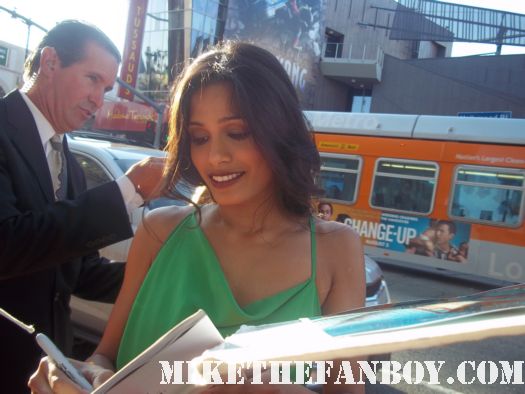 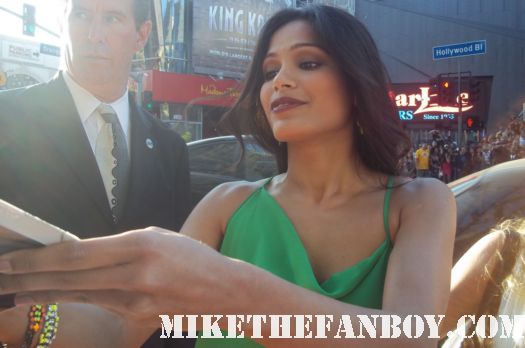 6:35: Next arrival is Tom Felton. The crowd chants for him, but he does the carpet instead. rats..

6:40: Tom Felton does the press and then comes right over to us. 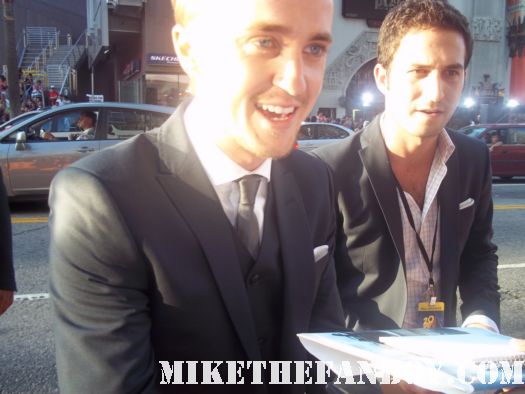 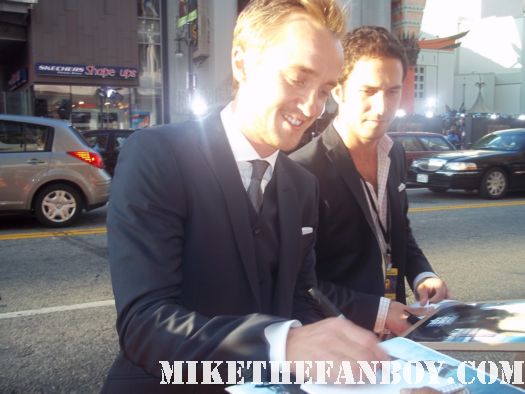 Tom Felton is super nice and does the entire line. In fact, he’s being interviewed as he is signing autographs by a television station. 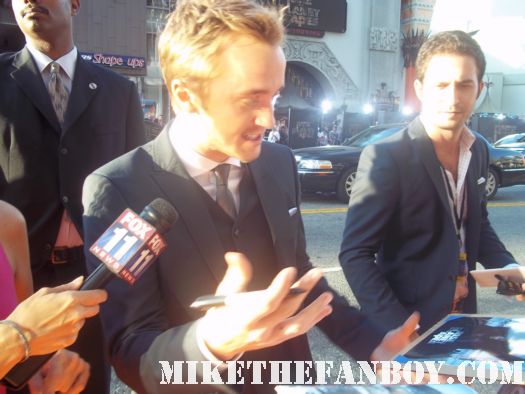 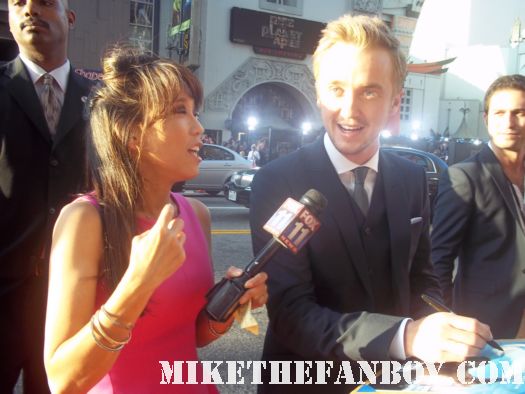 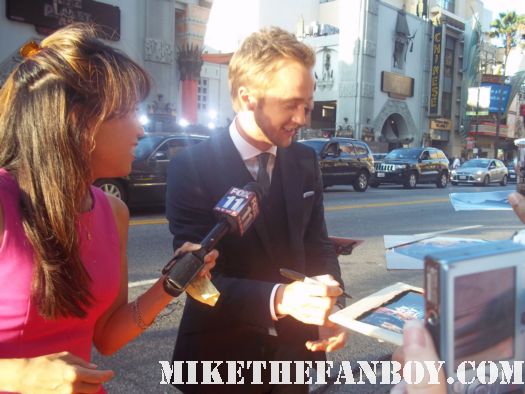 6:50: We see three limos and there he is, James Franco. We yell for him and he waves and kisses the crowd and goes straight to the carpet.

6:53: Right behind James in John Lithgow..i don’t think anyone even bothers calling him over, he’s not nice.

(Editor’s Note: I don’t know why you think that. I’ve met John Lithgow a few times now and he’s always been nice. Quirky but nice. M-)

6:57: Right around this time, one of James Franco’s assistants comes to the crowd and gets three fan made signs from fans so James Franco can sign them. You can only imagine how bad she was chewed out by fans waiting for James.

7:00: Look its Andy Serkis! We yell for him and he comes right over. He does the entire line as well. 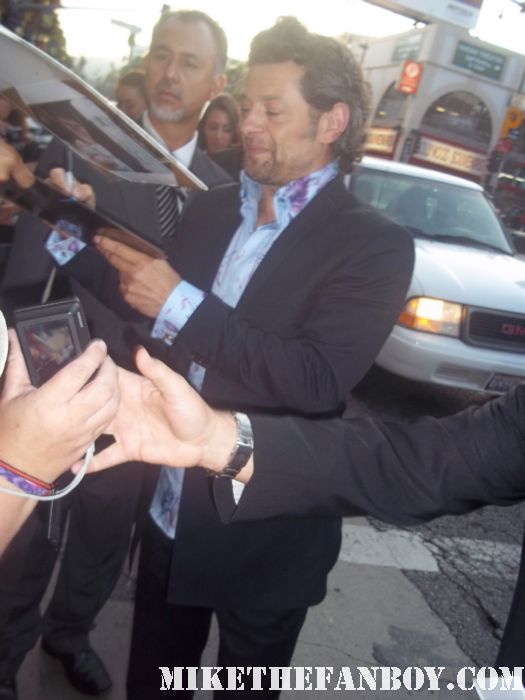 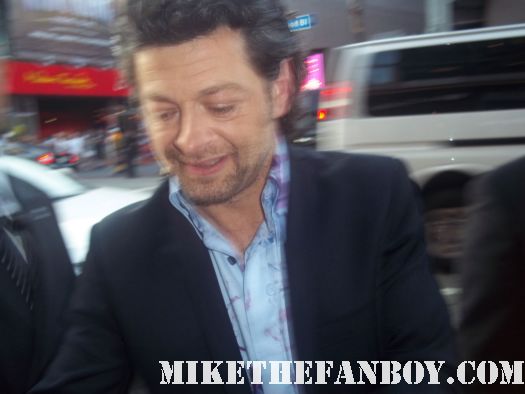 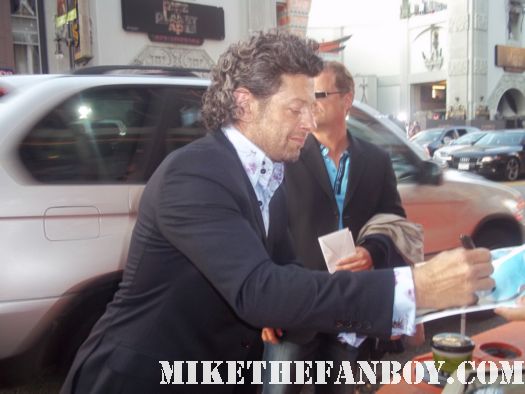 7:05: Rupert Grint arrives to the premiere too, they yell for him, but he doesn’t come over. 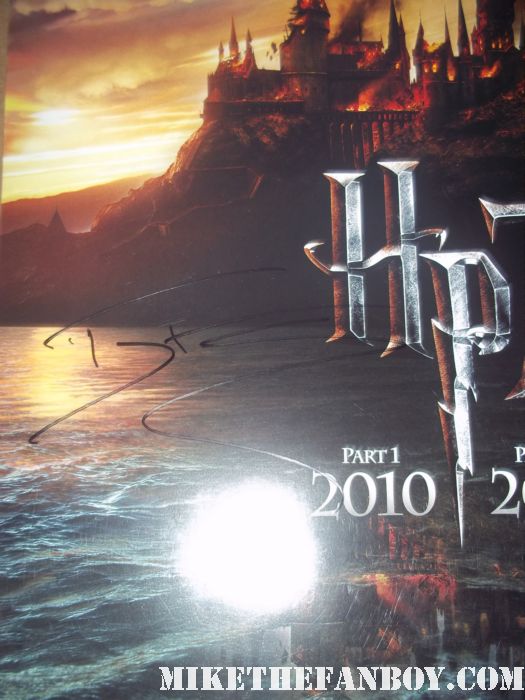 Overall, it was an okay premiere. I’m kinda bummed Franco didn’t come over, but they’ll be next time. Take care everyone. 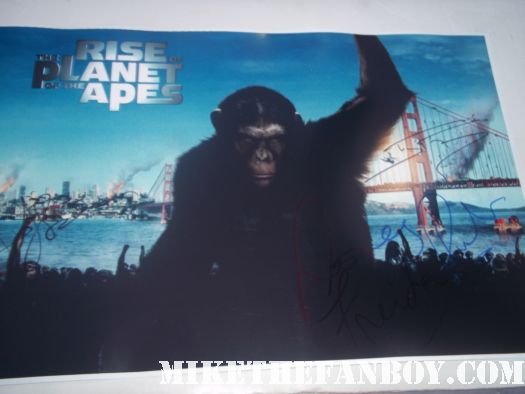