Home / Big Mike • Spooky Sunday / Spooky Sunday! Big Mike Spends His Friday The 13th at a Q and A with Robbi Morgan! Photos! Autographs! And Screams!

Hello, horror kiddos. Big Mike here after stopping by the Nuart for the midnight show of Friday the 13th on, yep, Friday the 13th. Actress Robbi Morgan was in attendance to introduce the show, brought to us by Shriekfest, and there was no way I was going to miss this opportunity. Friday the 13th, especially in December, is like a second Halloween for horror fans. 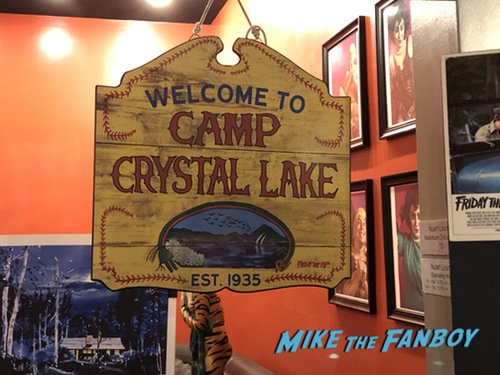 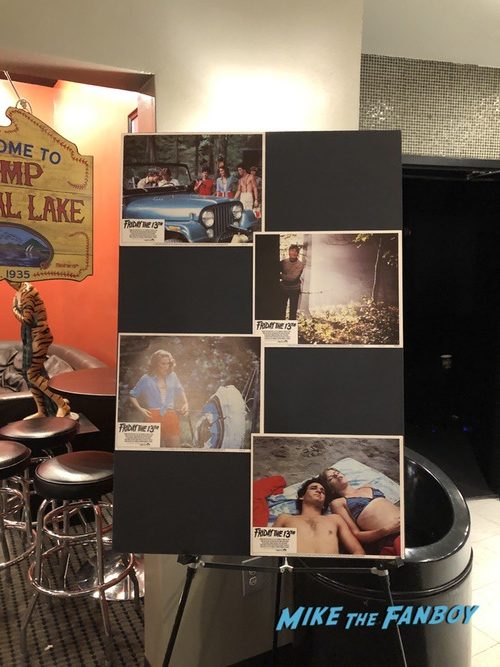 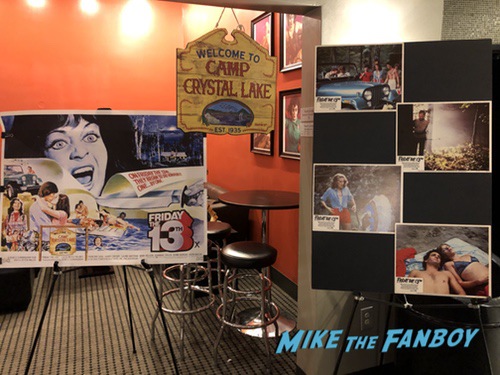 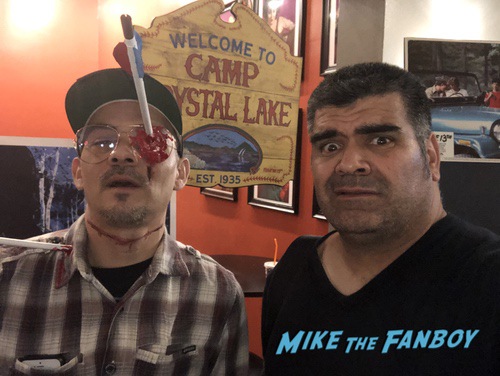 For the die hard fans, Robbi Morgan played Annie and is the first “Savini kill” in the franchise. That means a kill with effects. She is the cutie pie that hitches a ride in from town to the Camp Crystal Lake but doesn’t seem to even make it to the camp. She doesn’t even have a chance to explore any manner of debauchery. Bummer! When asked who she thought her character would’ve liked to hook up with she chose the character Bill, who was played by Harry Crosby. My guess says he was probably no fan of archery after this movie. Robbi’s character’s demise was nailed in one take and she hurried off to shower off the blood because back in those days the fake blood would stain the skin and that could be off-putting at family dinner. 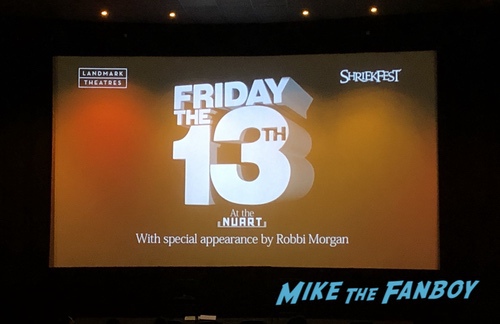 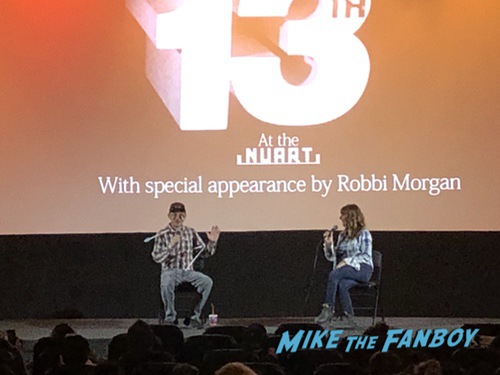 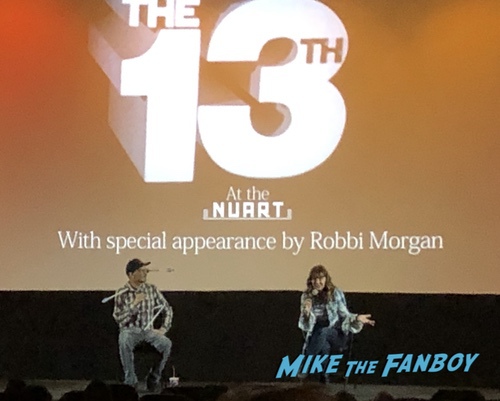 She had nice things to say aboot Walt Gorney who played Crazy Ralph who became the staple for kids being warned of impending doom in every horror movie since. It was very nice to hear her talk aboot her nice experience on this movie. One thing I noticed that was mentioned in the introduction is how beautifully this movie was shot. If you ever get the chance to see this on a big screen I highly recommend it.

Robbi admitted to not seeing any other Friday movies in the series because she scares very easily. She and her brother still have a rivalry where he tries to scare her with a certain gag to this day. She was very cute and very kind and happily signed autographs and took pics with all who wanted. 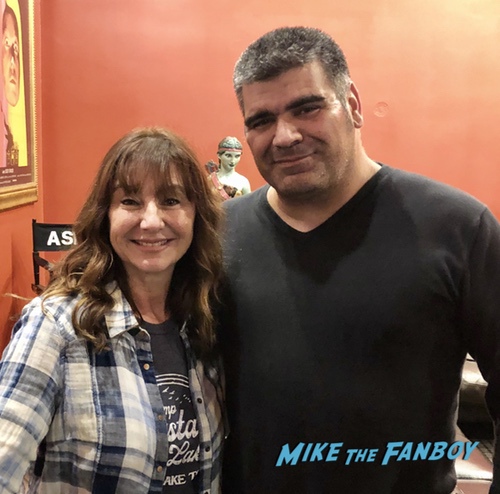 It was great to see this movie with an enthusiastic crowd. It’s also a nice topper getting a picture and some items signed with an actor or actress who seems more than happy to do so. She happily signed my Crystal Lake Memories book, my McFarlane F 13 3-D poster and my Pamela and Jason Voorhees NECA Mego figure set. Awesomeness. That’s all for now. Party on and stay outta my way! 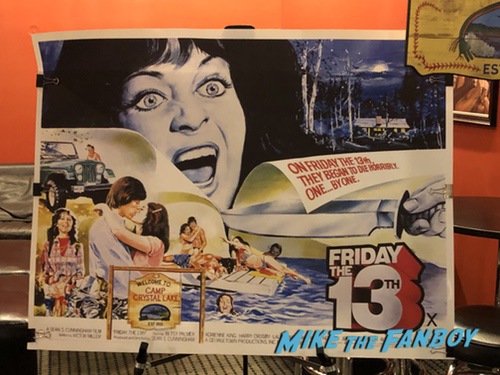 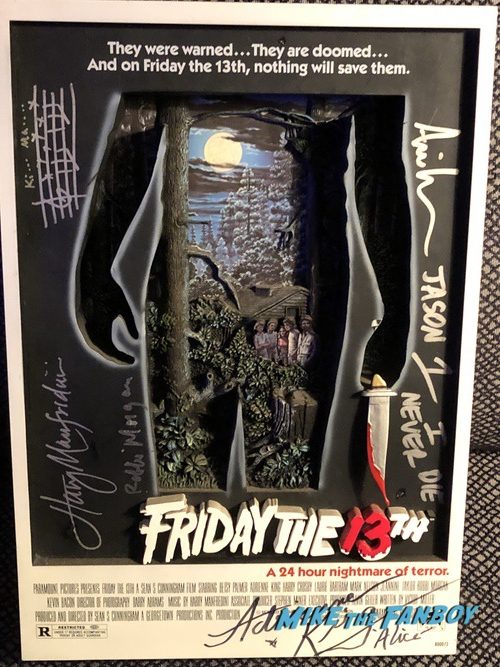 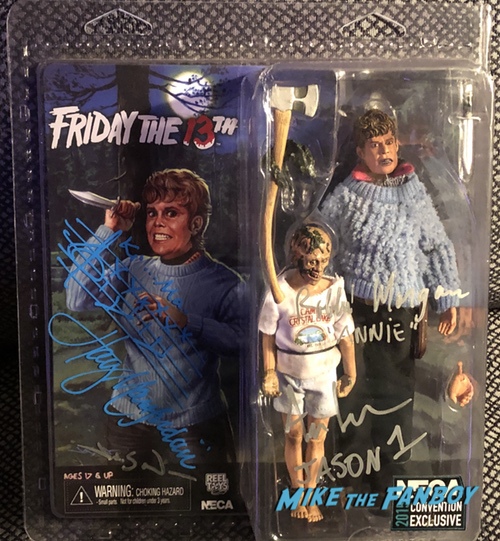 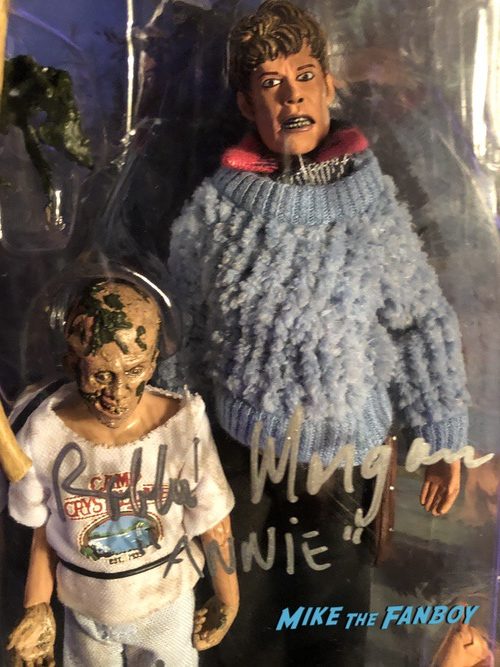