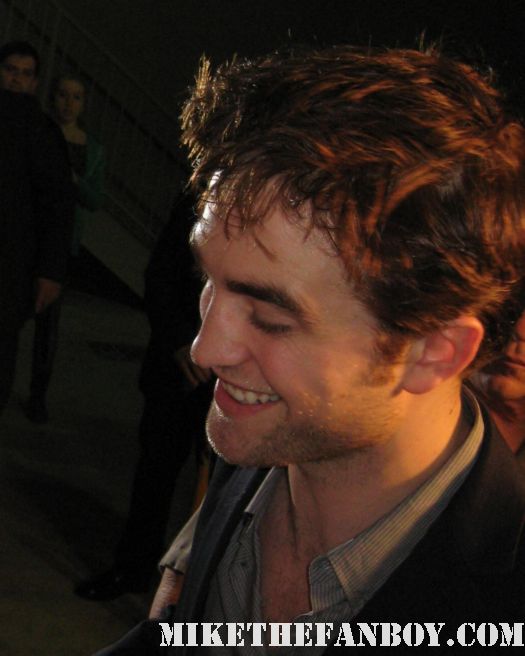 Oh, the crazy fandom that is Twilight, or more specifically Rob Pattinson… I have never seen a group of women (and some men) go crazy over a person like this before. I mean, camping out on the streets of Los Angeles, pushing, shoving, hair grabbing, it’s a tad insane to me. Just a little bit much… lol… But as long as no one gets hurt right? Well, this has just come in to my overstuffed inbox, Anushika’s brush with greatness… or Edward Cullen! Lol…

I can feel the excitement and exhaustion in this report! Check it out after the jump!

Yes! I’m a Twilight Fan! ^vv^ I met the whole cast during the very first premiere, but didn’t care about autographs since I was so thrilled about just seeing them back then lol… Anyway, I’ve been a big fan of Robert Pattinson since he played Cedric Diggory in Harry Potter and The Goblet of Fire. Too bad he had to die, but then he turned into the most adored Vampire… Edward Cullen! =) He was really nice to his fans at the premiere; however, people kept telling me how he changed through the years and not to even bother with him. I was planning on going to his premiere for the new movie Water for Elephants with Reese Witherspoon and Christoph Waltz. Unfortunately, they ended up having it in New York, so I just had to try my luck regardless of how slim my chances were of getting him…. I was on a Mission! =)

9.00am: That’s right, I just arrived at the location and to my surprise there were only five girls in front of me. Yay! The three girls up front have been here since 5am…now that’s dedication lol… The waiting game begins!

9.30am: The line grows to about 25 people. A lot of High School Kids. It’s their Spring Break….Dammit! lol… Thankfully, the girls in front of me were really nice and quite entertaining.

11.30am: I grab my little Sudoku Book to pass the time…I Love Sudoku! ^_^ Gorgeous weather makes the wait a little more bearable.

12.30pm: The line is getting a bit out of control. New People keep popping in front of the line. Not Cool! NOT COOL AT ALL! 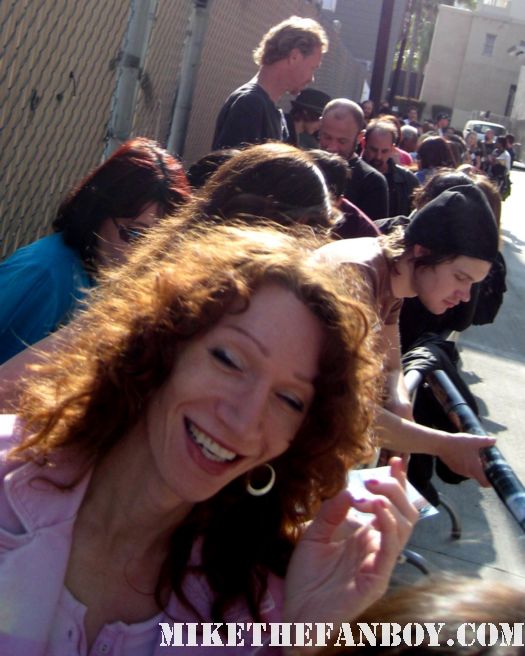 2.30pm: Now I have around 12-15 people in front of me! =S Doesn’t sound like much, but it totally matters! Everyone is getting a little tired and antsy.

4.30pm: Still NO Barricades! WHY??? There are over 50 people here now…I really think it’s time for the barricades. On the verge of a Panic Attack lol… 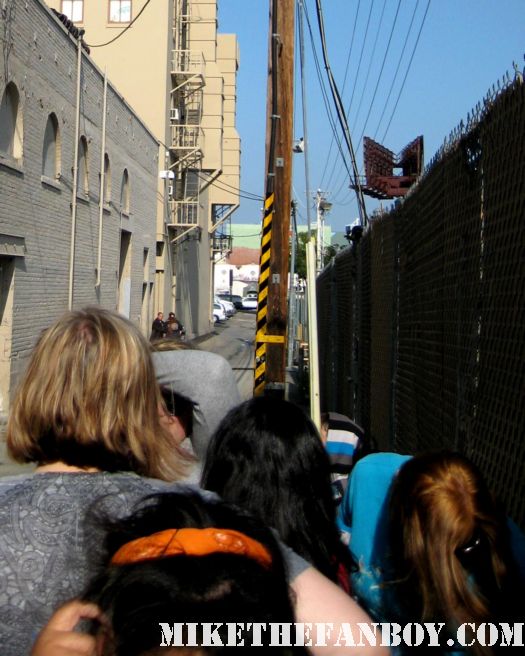 5.15pm: Thank The Lord!!!! Here comes the Barricade. Security trying to move people back to set the barricade, but people refuse to move claiming ones up front cut in line since it went from a few girls to a whole heard! lol… Oh boy, it’s getting ugly….

5.30pm: They Finally moved, and the barricades are finally up. Nevertheless, the line got a little heated up. Oh NO! =/ Is this the point where we all going to get kicked out???? Panic Attack #1 o_O

6.00pm: I closed my eyes and tried to go to my Happy Place lol… Things don’t look so promising. The line continues to grow and there’s tons of Paps at the end lurking around…

6.20pm: So now I’m behind two rows of people, wedged sideways in between two more people on either side. Think I’m going to pass out. I could barely move or breath; and my hands were stuck in the air lol… Felt like I was in a Medieval Torture Chamber….Loving Life right about Now! =D You would think things can’t get any worse right? Wrong!!! Security decided to put a guy in a wheelchair behind the barricade with us!!!! Seriously??? I mean….Come On!!! Oh boy, this can’t end well lol…

6.25pm: There are barricades on the other side now, and half from our side ran over. Most of the Paps are on our side and the other barricade is a lot more close to the door… Not a Good thing. We keep seeing this helicopter right above us doing rounds…everyone start to wonder if that’s Rob. I know it sounds silly, BUT totally possible lol… 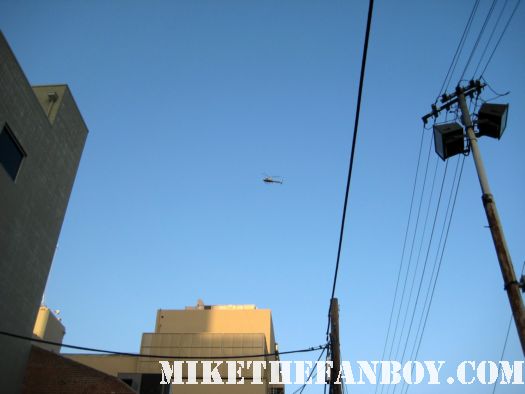 6.30pm: All hopes are down the drain, but I decided to hang around. I already waited for almost ten hours, another couple won’t kill me. Well…..it might, but I was willing to take the risk. I Love Rob! ^_^ 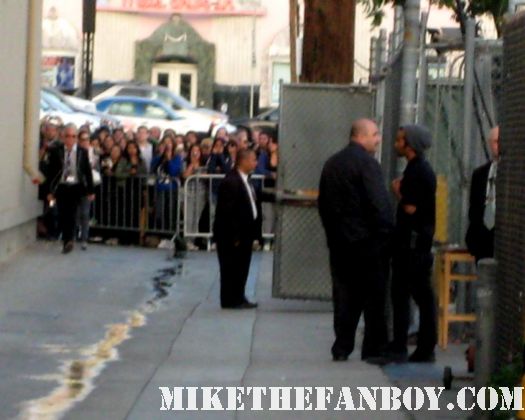 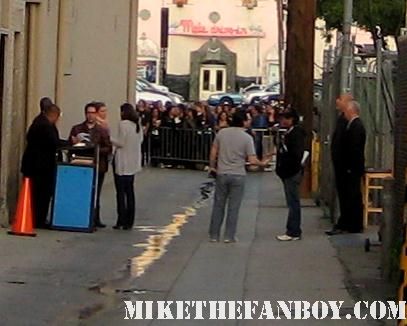 He comes in with a whole entourage. He is wearing a Black Hoodie with shades, all covered up…. 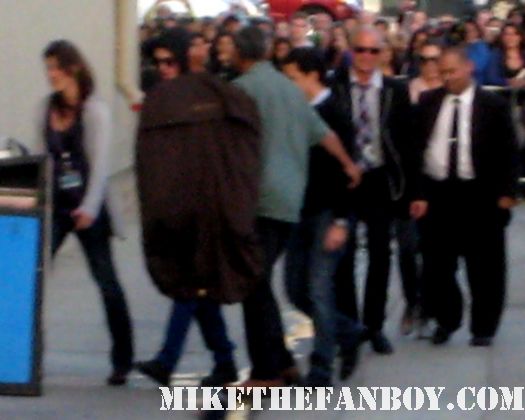 Not a good sign, but he Waved since we all went CRAZY!!!!!! He acknowledged us……there might be some hope left after all. We could barely see anyone since we are SO Far Far Away! =S

7.00pm: People started to move to the other side since is seemed like they have a better chance…Thank God I could finally breathe now…I debated about moving, but decided to take my chances on this side.

7.30pm: There’s a LOT of people on the other side now…getting a little nervous. I’m going to be really sad if he ignores our side… =/

8.00pm: Security is all outside. Feel like he is going to just disappear through the gates….but still holding on to that last cell of hope in my body… 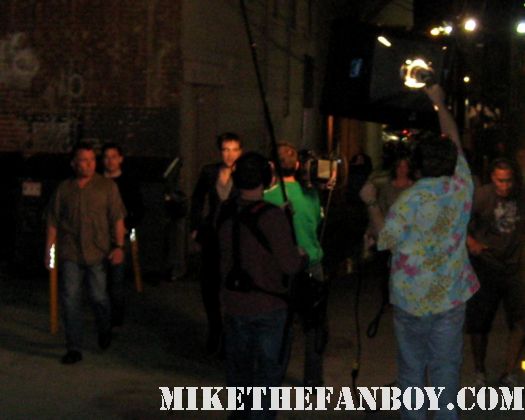 8.15pm: Rob greets us with an Amazing Smile to die for and starts from the very corner. 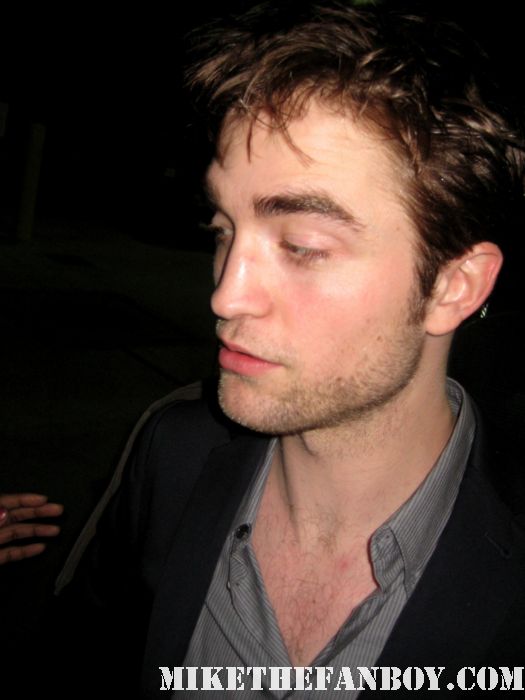 He is signing EVERYTHING, talking to all the fans, and EVEN taking PICTURES with almost Everyone up front!!!!!!!! ^_^ I’m trying to make sure everyone still remembers about the guy in the wheelchair since he is not visible to the whole crowd…

8.17pm: Rob is getting closer and closer….He is right in front of me! 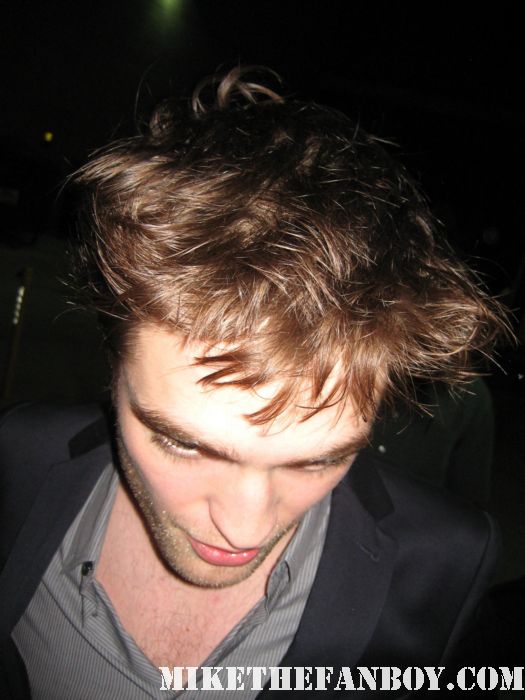 I brought my Twilight DVD Cover and my little autograph book….he signed BOTH!!! =D I can’t thank him enough…he is such a Sweetheart!!! 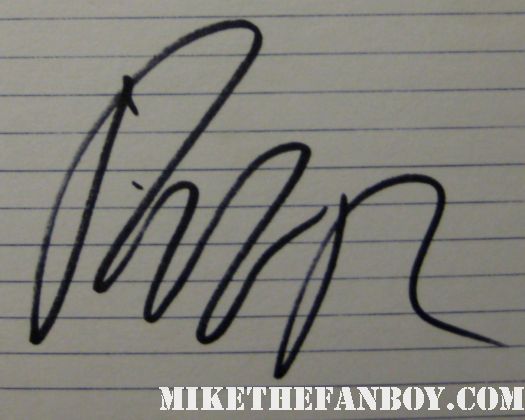 His autograph was way better in my book compared to the DVD cover and he picked the worst place to sign, but I’m so NOT complaining lol…I got him, I’m at Peace! =] 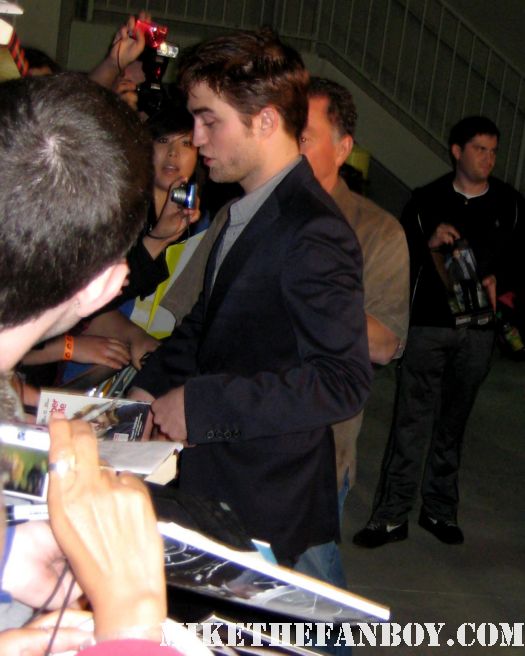 8.18pm: He heads on over to the other side. I start running towards the other side to see if there’s any chance of getting a picture with him…I know! 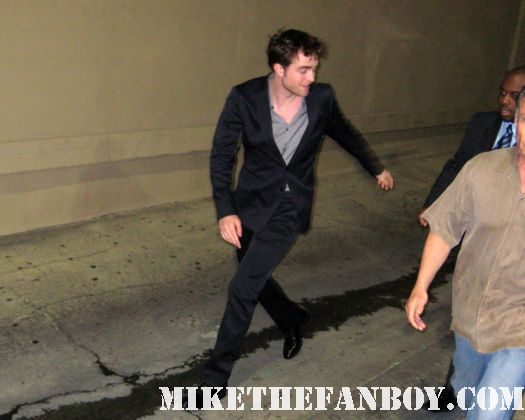 I just had to try! ^_^ Felt like I was running forever lol…He was almost finishing up with that side 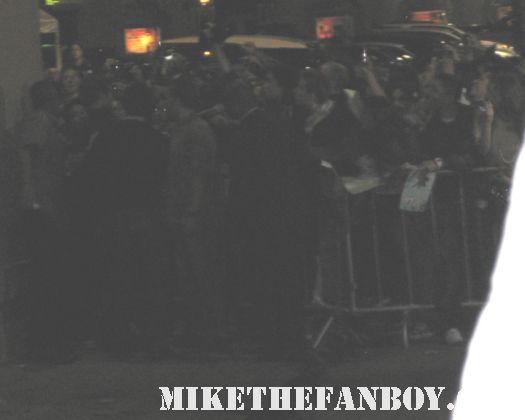 8.20pm: The gate opens and security makes sure no one is in the way and clears out the drive way. We said bye to Rob as he drove by… 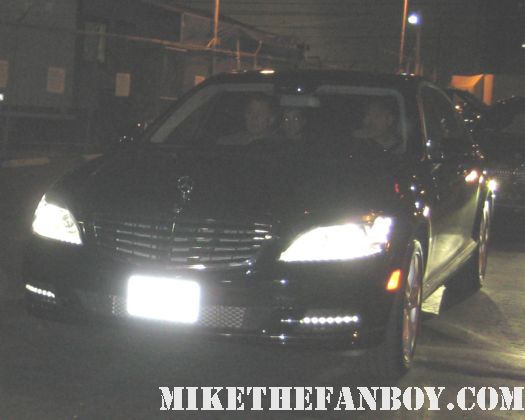 Some people still ran after the car, but that was it!
8.30pm: Finally headed home….TOTALLY worth all the Time and Panic Attacks! =) I say….Mission Accomplished!

A HUGE Thanks to Rob for being Completely Amazing!!!! <3 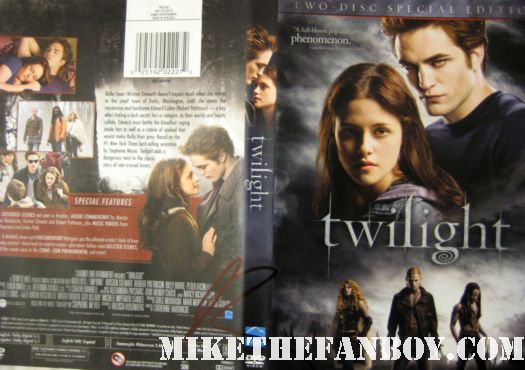