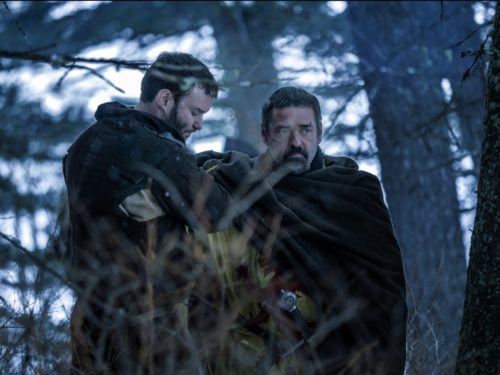 History has never felt more alive than with “Robert the Bruce.” Angus Macfadyen reprises the titular character with his own film and finishes what “Braveheart” should’ve been about, how Scottish identity truly came into fruition.

Robert the Bruce (Macfadyen) fought for Scotland’s freedom by uniting the Scottish clans to defeat the English. Throughout the ensuing years, Bruce’s battlefield plans provided mixed results and left his army in tatters. Unsure of their rebellion, Robert the Bruce refuses to allow his men anymore agony and retreats by himself to reflect on his actions despite a bounty on his head by King Edward of England. Unfortunately, uncertainty consumes several of his men, including Will (Patrick Fugit), who see the bounty as an amazing opportunity to rebuild their lives and wealth. Now injured and being pursued by many, Robert finds refuge with a poor peasant woman Morag (Anna Hutchinson) and the three children she cares for: a teenage nephew Carney (Brandon Lessard), her son Scot (Gabriel Bateman) and her niece Iver (Talitha Bateman). Despite her clan’s allegiance to England, especially her bother-in-law Brandubh (Zach McGowan), Morag assists Robert, who reconnects with the powerful patriotism of ordinary Scots and the passion necessary to overcome obstacles by leading Scotland to independence. 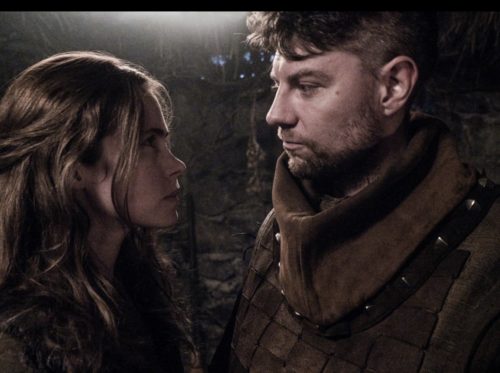 Angus Macfadyen joins an eclectic, eccentric list of amazing actors reprising captivating characters in different films like Michael Keaton as Ray Nicolette (“Out of Sight” and “Jackie Brown”), Ethan Hawke & Julie Delpy as Jesse & Celine (The Before Trilogy and “Waking Life”) and Judi Dench as Queen Victoria (“Mrs. Brown” and “Victoria & Abdul”), with the latter three portraying the characters decades apart. Sure, there are also an amazing assortment of actors in franchise films, but I think comparing Macfadyen to Judi Dench might be a more accurate, amazing assessment to this performance. Dench definitely deserves credit with how she shaped the characters of M in the James Bond franchise and portraying Queen Victoria multiple times decades apart. Macfadyen similarly makes mature and a deceptively dense, profound transformation to the character creating an amazing arc in between films as Robert the Bruce. Although his screen time didn’t correlate with the actual historical impact of his character in the preposterous “Braveheart,” Angus Macfadyen magnificently made his Robert the Bruce performance known and he remarkably reprises the character 25 years later. Macfadyen doesn’t disappoint and brings the character full circle. 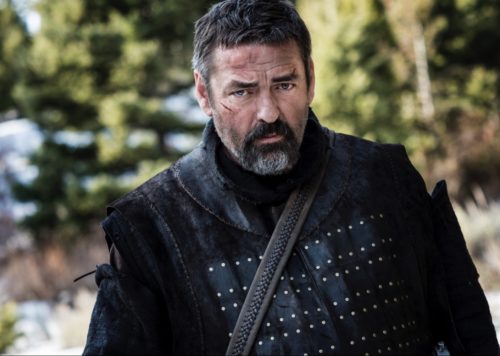 Immediately upon his entrance in “Robert the Bruce,” Macfadyen manages to charismatically captivate the audience with a sublime, subdued and sincere portrayal of the iconic Outlaw King. The depth decidedly maintained and portrayed with a haggard, worn demeanor depicts a true leader leaning on himself trying to recapture the motivation for victory and inspire others. It’s an unselfish portrayal not often conveyed in bullshit biopics playing up aspects and rewriting history. The initial minimalistic approach with sparse dialogue delivers and showcases the formidable fortitude and resilience Robert the Bruce needed to survive. His will defied fear and fought on, which Macfadyen magnificently captures and builds upon throughout the film.  Macfadyen terrifically portrays the king’s tenacious temperament and recognizes the responsibility of freedom by baring the weight of the country. He realizes true leaders lead by example, no matter the odds and obstacles thrown your way. 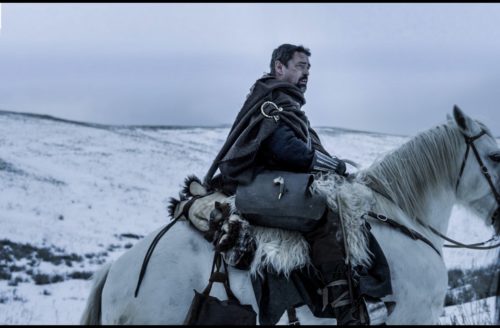 Most of the world’s perceptions about Robert the Bruce and Scotland’s independence have Mel Gibson’s gratuitous, historically inaccurate movie to blame. For those looking for the same over-the-top action sequences and rousing battle sequences, you won’t get that in “Robert the Bruce,” but a more moving and dramatic depiction. The civil war wreaked havoc on the Scottish countryside and instead of relying primarily on action sequences, the filmmakers focused on creating character depth and driving drama to showcase the resurgence of “Robert the Bruce.” Macfadyen pulls triple duty as star, co-writer and producer with director Richard Gray guiding the film in a different direction. 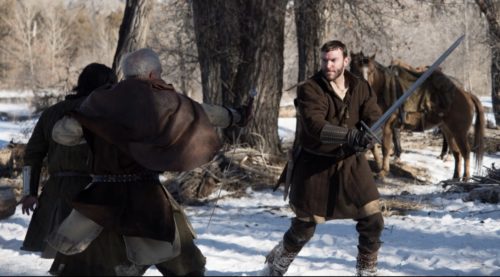 In the beginning, the film slowly starts off trying to find its way, almost like a train. The gears are meticulously working with one another to build up momentum and once all cylinders are firing, “Robert the Bruce” arrives amazingly with this delightful drama. Angus Macfadyen gives a poignant portrayal in this labor of love illustrating a broken, beaten down man overcoming adversity. While some will heavily criticize the existential entertainment instead of containing more lavish action-filled sequences, the vulnerabilities candidly capture the sensitivities and  emotions needed to strengthen your desires. As Bruce states,“ I see now in your eyes what Scotland can be” and pulls at your heart at the right times. The film’s release coincides with the 700th anniversary of the Declaration of Arbroath, a diplomatic letter commissioned by Bruce in 1320 stating Scottish independence from Great Britain. Although slow-moving and emotionally entertaining I strongly suggest seeing, but remember if you go into this thinking it’s an over-the-top big blockbuster spectacular like “Braveheart,” you won’t be happy.