Welcome to Friday, which means it’s Fanboy Fail Friday. This week I had a lot of fails but the only fanboy fail I had was due to a tip from this guy! 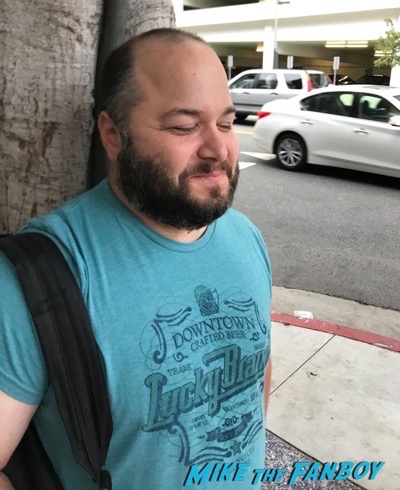 So, why did I haul my ass all the way down to Santa Monica for a no name premiere with no stars in another world? Yes, BTW Santa Monica is another world, if you live in LA traffic is so bad that going over the hill and back can take like four hours.

Anyway, a tip… ahem… that Robin Tunney from The Craft and Empire Records, who I have been dying for was supposed to be at this premiere.

Hmmmmm not so much.

I got there in plenty of time, and while the intensity mounted….. Insert sarcasm here, 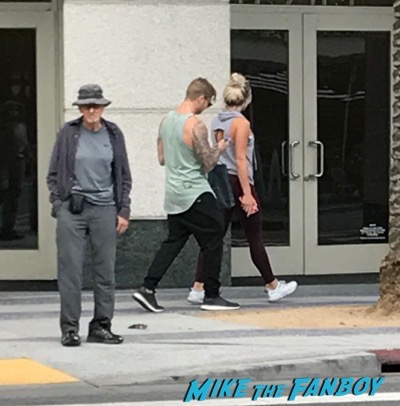 Some celebrities did show.

Steve Howey from Shameless was here as well as Kate Micucci. I didn’t have anything for them.

I did have something for Hana Mae Lee, who was very kind and signed my Pitch Perfect poster. 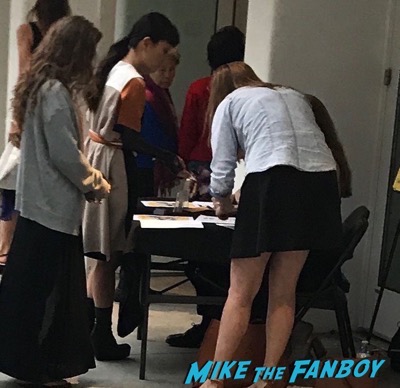 There was one other guy there and he was happy to get his small collection of 8×10’s signed. Why someone wants 15 8×10’s of Hana Mae Lee is beyond me, but fine.

After a bit and the movie started, I was tired of giving Chris shit about this supposed tip, that Robin Tunney was supposedly coming to this premiere and she was supposedly on the list and she supposedly cancelled.

Shit happens. You have to try right.

But you have to give up sometimes as well, which is what I did…

Not everyone does… though. 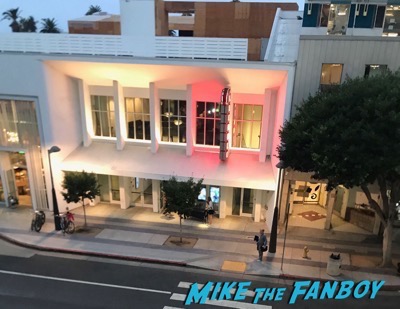 When you have that 8×10 burning a hole in your bag, you gotta keep the faith. 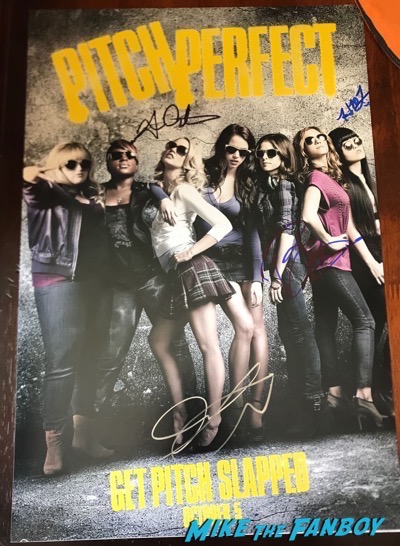