It’s the Weekend of love here at Mike The Fanboy and what a perfect time to review the latest adaptation of Romeo and Juliet. Oh William Shakespeare, why doth the course of true love never run true. I guess then, you wouldn’t have a play that lasts three acts or a new adaptation of a classic.

In this case it’s not Baz Luhrmann’s take on the Bard, it’s Downton Abbey creator Julien Fellows. The interesting thing about this version is that a lot of the play’s actual dialogue hasn’t transferred, perhaps Fellows felt that the MTV generation wouldn’t dig the iambic pentameter. 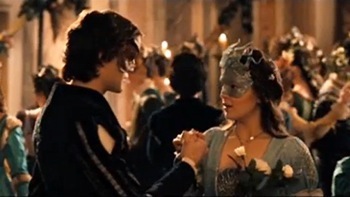 However, the story is pretty much the same. Romeo (Douglas Booth) is getting over a bad breakup and at the urging of his friends heads to a party. There instead of meeting up with his former flame Rosalyn, he meets Juliet (Hailee Steinfeld). They meet, make out and fall in love instantly. 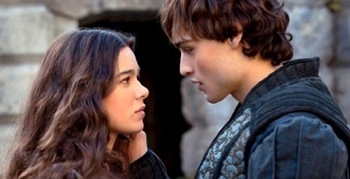 My only love, sprung from my only hate. At least one line from the play made it into this film version.

Sadly Romeo is a Montague and Juliet is a Capulet, two houses that hate each other, their families hate each other, they are waring, etc… Oh, what are two lovebirds to do? There’s deception, death, a friar who tries to help and ultimately, this is a tragedy… And this story has been told many times. 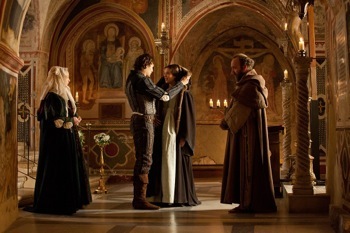 It’s not really the story that makes people want to see new adaptions of this classic but the way in which it’s told and the actors involved. In this case, some fair better than others. As Romeo, Douglas Booth does a surprisingly good job. It’s not an easy role to pull off, especially for contemporary audiences, you have to be manly, swoon in love and impetuous. It’s a tough balance for sure, but Booth really manages to capture something in Romeo that’s different than his contemporaries. 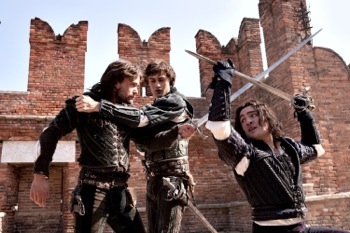 The other lead, Hailee Steinfeld, doesn’t fare as well. Steinfeld so good in True Grit, is out of her element here. She acts like she’s in a stage play and not a film, which makes her actions seems amateurish and affected. In fact, at one point, I thought she was going to say, that she had to make a cameo at the Val party. And while funny for Clueless, it doesn’t fit for a somewhat straightforward adaptation of William Shakespeare. 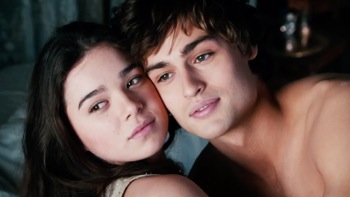 In supporting roles Damien Lewis and Paul Giamatti are both fun. Lewis as Lord Capulet brings an added gravitas to the role and Giamatti, a nice comic touch to the role of the Friar.

The main I have, is why do an adaptation and then change so much of the original text? Even in Baz Luhrmann’s version the text is what drove the plot, here it seems like it was something to hide. William Shakespeare has been adapted in many different ways, Mel Gibson’s Hamlet, Kenneth Branagh’s Much Ado and Love Labor’s Lost, just to name a few, but here, it’s more like a cliff’s notes version of the play and not the play itself. 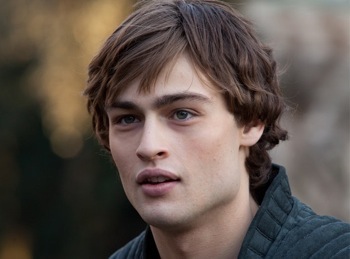 The video quality is fantastic. The film was shot on location in Verona and you can see all of the detail and color that real locations provide here. The colors simply pop, most especially in the costumes, which look incredible. 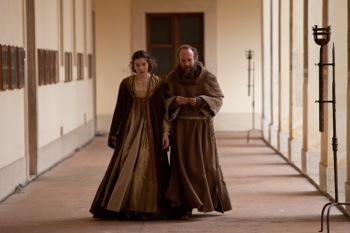 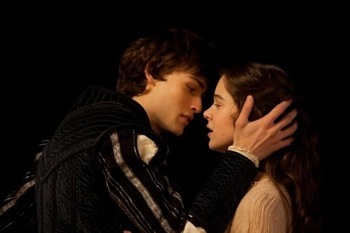 Overall, I enjoyed watching this version of the William Shakespeare classic, however I wish it was more consistent, be it in the adaptation or the performances. Still, there’s a lot of good in this version, a strong performance from Douglas Booth, and an awe inspiring production design.

Romeo and Juliet is out now on blu-ray! 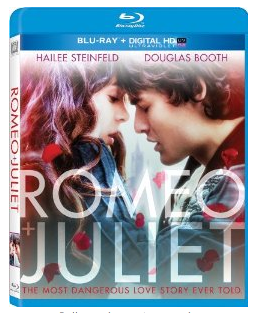