Home / Book signings • Fanboying! • Suddenly Susan / Ron Burgundy Book Signing For Let Me Off At The Top! Anchorman’s Will Ferrell In Person!

Suddenly Susan was out and about and headed down to meet none other than Ron Burgundy himself! Yep, Will Ferrell was doing a book signing in character as Ron from Anchorman.

There was heartache, there was sadness, there was jubilant joy! Oh, yes…. Just a another night as a Fangirl!

Through this autograph hobby I’ve been blessed to meet a lot of A-listers, head honchos, big deals. But none come close to the legend that is Ron Burgundy. Last night Ron had a special signing for his new book, “Let Me Off at the Top”. 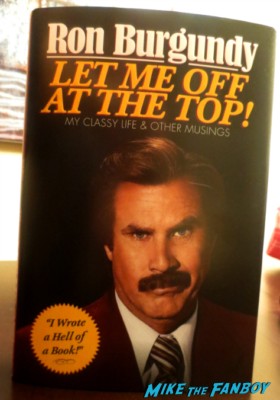 It’s the autobiography of the century, shockingly candid and totally raw, from America’s most beloved news anchorman who pulls no punches! 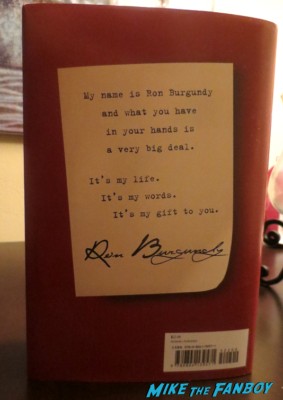 My friend and I were denied wristbands to the event, as they ran out just 20 people ahead of us. We opted for standby, but had little hope of getting our books signed. As we waited outside in the cold, drizzling rain, Mr. Burgundy and his entourage pulled up in stretch limos and security paved the way for him to enter the book store. 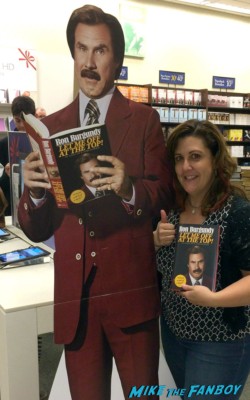 The line of 200 people moved pretty quickly and they began taking the standbys inside. The staff member informed us that we still might not get to Mr. Burgundy, but we were certainly feeling much more hopeful. Then, they took one last group upstairs and we entered the velvet ropes. We were in, this was going to happen, we were going to meet Ron Burgundy! 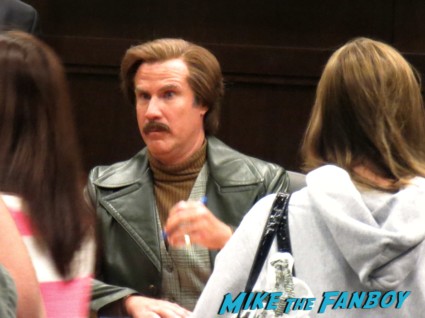 As we waited at the table, Ron was signing for a couple who had two young children with them. Ron looked up and cocked his eyebrow and told my friend, “I hope they know I do NOT sign for children.” Classic Burgundy.

When it was my turn, I told Mr. Burgundy to be careful with the book, as it was a really big deal. He said, “it is a very big deal and a helluva book”. Then he signed in blue Sharpie on the inside page and thanked me for buying the book.

It was quick, but it was fun and seriously, how often to you get to meet someone of that caliber?

What a night! What a book! What an autograph! What a legend… 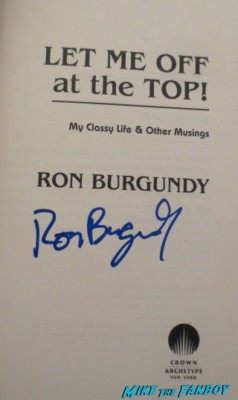