It was a welcome sight as I drove up to the Oregon Convention Center and saw a costumed Sailor Moon, Michael Myers and strange furry thing with 6 eyes. It must mean only one thing: Comic-Con!

After a year off, the Rose City Comic-Con (RCCC) was in full force in early September. The con, a Portland staple features a HUGE assortment of local and nationally well-known comic/ literary artists, as well as (what seemed like a never ending) barrage of vendors selling everything pop culture- from T-shirts, to collectables, anime art, autographs (and yes, I’ll talk more about that) to soaps, lotions, and of course, comics! One booth was selling the BEST flavors of fudge (butterbeer was amazing). 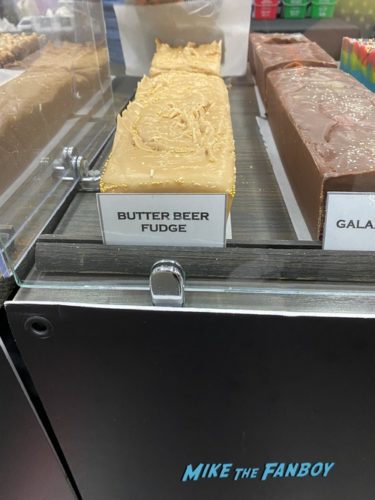 A personal highlight for me attending the con is seeing which celebrities will be in attendance. As an autograph collector, this is a great way for me to add to my collection. This years celebrity line-up was noticeably smaller, but is understandable due to the pandemic. Given that, I am sure it is difficult to get many celebs to come out to Portland for a convention. I am hoping for some bigger names next year. Christina Ricci, George Takei, and Carl Weathers headlined the convention along with the cast of “Power Rangers” and others.

Speaking of autographs- there were a couple booths selling signed photos and memorabilia. I personally have a tough time buying autographs unless I am buying directly from the celebrity. I had a blast talking with one dealer- he had an obvious passion for autographs and his framed autographs were done really nicely. JSA and another company were on hand to authenticate autographs which was a nice touch. The large booth schlepping expired Asian foods (we found this out after we purchased and were home) was disappointing, as were some of the outrageous prices dealers wanted for some of their products, but that is to be expected at any convention.

Our grandson, Mateo came to the con as a first timer, and he LOVED every second! His favorites were the Star Wars droids and the cosplayers. I have to give huge props to every single person that dressed up- they were all kind and more than willing to take a picture with Mateo who was enamored with each of them. This was also the first con for my partner, KJ- he was impressed with the merchandise and diversity of vendors. 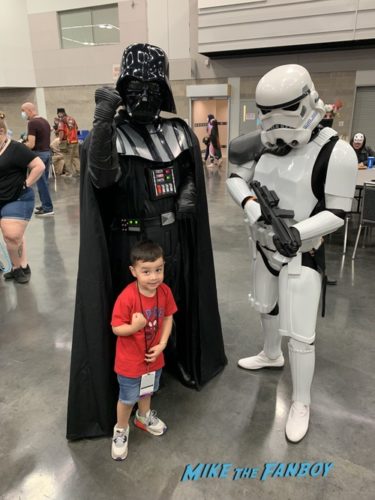 RCCC is an annual favorite for me (and now my partner and grandson). If you are in the Portland area next year I cannot recommend this con enough. Whether you want to meet your favorite celebrity or comic artist, find obscure pop-culture items, or just enjoy looking at the great costumes- there really is something for everybody. 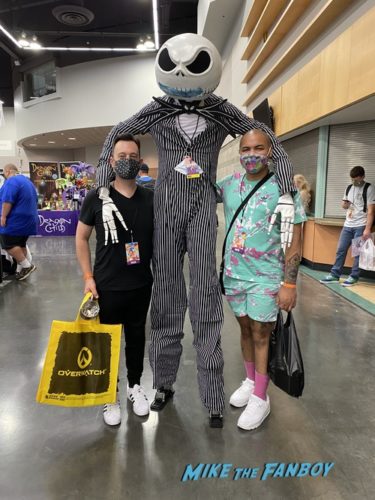