I know this is a little out of the norm for what everyone usually talks about here but today my grandmother sadly left this earth. To say I’m wrecked is a little bit of an understatement and I thank you for your indulgence. I write about everything else, why not this right?

You see my grandmother was never the “baking cookies” type, instead she was more like the “drink a Southern Comfort Manhattan and drop a few hundred bucks in the slot machine” kind of woman. This made growing up interesting to say the least. 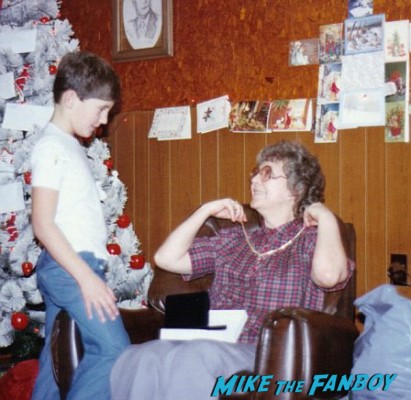 I can’t really think of a memory where my grandmother wasn’t a part of it. We have a very small immediate family and it heavily tilts towards the estrogen side (if you don’t count significant others) and well… Basically I’m the only guy (if you don’t count my sister’s dog Dexter and Theo). It made the years very different to say the least. 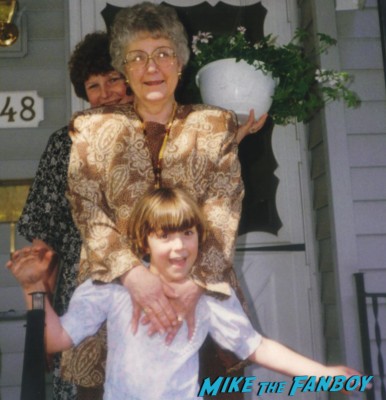 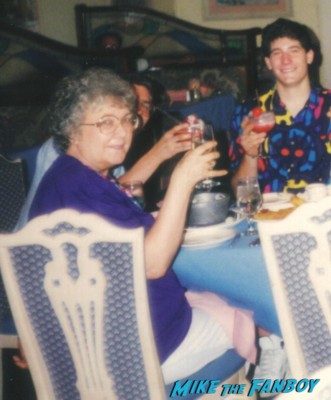 When I was young she always included me, in whatever random thing her and my grandfather would do, like going to Knights of Columbus parties, ski trips to the mountains (where ironically there wasn’t any snow), and she got me my first job working for tips in the coat room at a banquet hall. I have a hunch she stood around the corner as people left and told them all to leave me money. I never told her but I did catch her once. lol… 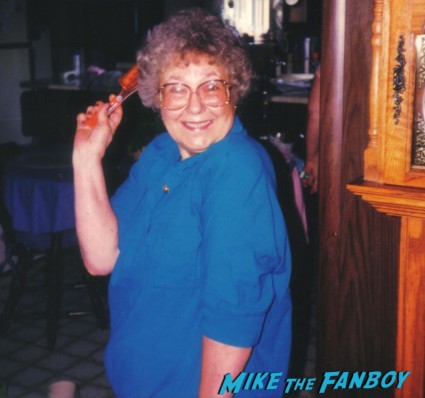 My family is full of stubborn people, it’s a trait that serves us well and also is extremely frustrating at times. My grandmother was most definitely one of the sources of that. She was never afraid to speak her mind, tell you exactly what she thought and made you listen whether you wanted to hear it or not. When you think about it, being a woman and growing up in the time that she did, that was no easy feat. We take for granted a lot of liberties that we have today, but back 50 or 60 years ago, it just wasn’t like that. Women in particular didn’t have the same luxuries as men to say what they felt, so to keep that fortitude for 80 some odd years is an accomplishment in and of itself. No one wanted to mess with Rose. 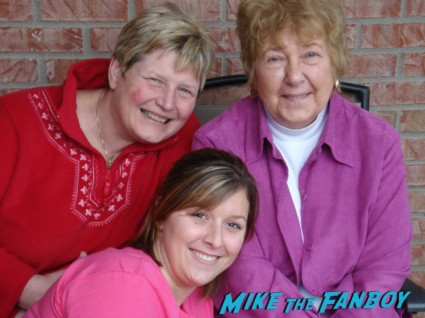 That’s something I always look at within myself. I most assuredly do the same thing, and there are times when I know I need to tone it down, but then I think of my grandma and say, “Ah screw it.” Be bold. Someone probably needs to hear it. 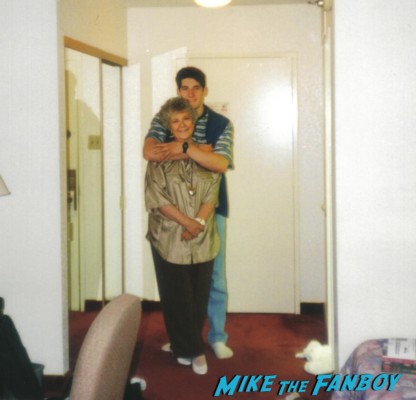 There are so many stories I could tell, like the time when my grandmother heard my mother’s friend (and incidentally my next door neighbor at the time) was talking shit about her and she barreled on over in her car and told her where to go, how to get there and what train to take… Or when she came out to Los Angeles for a visit and addressed envelopes to casting directors trying to get them to come to a play I was in… or playing skee ball until we won every single stuffed animal we could carry and then some or countless crazy stories from the Las Vegas strip. 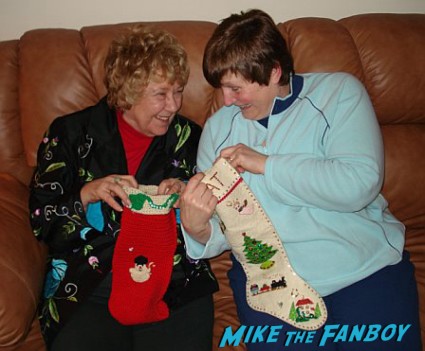 And I know that I got my love for collecting as least partially from her. My father collected, my mom collects, my sister wants everything we have, and my grandmother always said, “get one of every color, bring it home and then decide!” lol… This is why I ended up with the same shirt in a rainbow of colors growing up. But it’s true, “Get it now, or you’re going to sit there and regret it forever.” And I’ll tell you, the few times I didn’t listen to her, I feel that way. Sigh… I’m thinking of you Buffy the Vampire Slayer Scythe… 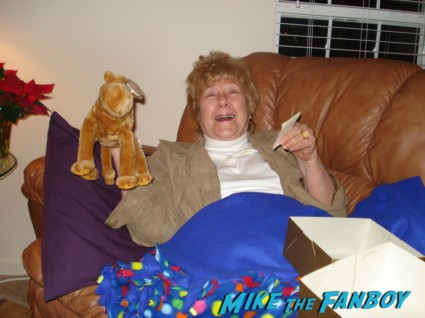 What you all probably don’t know is that she was always trying to help with the site and even my fanboying. She bought my camera and always said prayers when I was heading out. She would say and this is a quote, “Are you trying for that Natalie Portman again, you know she’s a bitch and won’t do it.” lol… Honestly, that was a quote. And after an event was done, whether I got something or not, she wanted the update so she knew whose movie to go see or whose to avoid. God bless her. 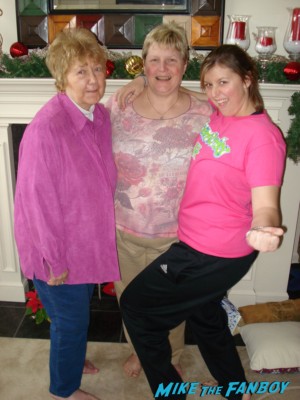 The main thing though that I will forever remember about my grandmother is love. My friend Rene told me this and it’s the truest thing I’ve ever heard…”No one will love you the same way as your grandmother.” It’s true. You’re parents love you in one way, but they had to raise you, your siblings love you, but that love makes you both stronger as you grow up, your husband, girlfriend, they love you but in a romantic way… BUT A grandmother… She just loves you. No strings attached, no agenda, it’s just love. 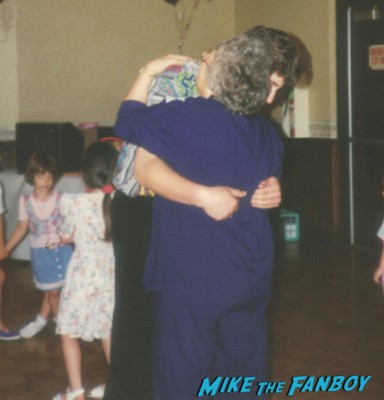 And that’s what I take away from the years spent with my grandmother. Just love.

That and a few bucks from the quarter poker machines.

The only regret I have is that my sister never got see my grandmother in her prime. In so many ways they are so similar in personality, which is probably why my sister and I are so close.

So tonight I’m going to raise a glass of Southern Comfort, find some online gambling site to drop a few bucks in, and honor her memory.

I’m not going to say I’m going to remember her, because truthfully… I could never forget.

I love you grandma, thank you for being part of my life, for helping me be the person I am, and I know you will always be there! 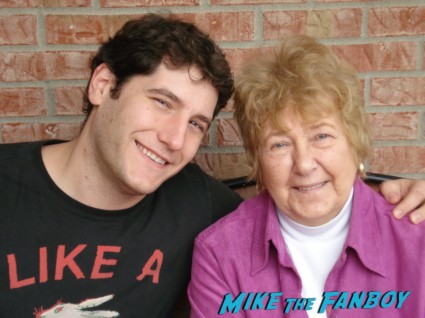