This is a great story and so perfect for the political climate of the day. Now, I’m not here to play partisan politics so kids let’s not write any political rants here… However, meeting a president of the United States is a big deal. A very big deal.

Russell was able to meet President Obama back in 2008… God that seems like such a long time ago doesn’t it. He was in Hawaii and then Obama was was giving a speech before he accepted the Democratic nomination.

Check out Russell’s recap after the jump!

In honor of Election 2012 wanted to send you an adventure regarding our President.

Back in August of 2008 before heading to Colorado to accept his nomination for the Democratic party, Barry came home to Hawaii for some R&R and to prepare for his acceptance speech. He was going to make an appearance when he landed at Keehi Lagoon Beach Park in Honolulu and of course had to go check our future President.

11:00am – arrived 3 hrs before knowing that it would be pretty crowded as this would be his only appearance before he secluded himself to prepare writing his speech and it was around 88% that day.

2:00pm – Line is pretty long and lots of security and snipers all around. 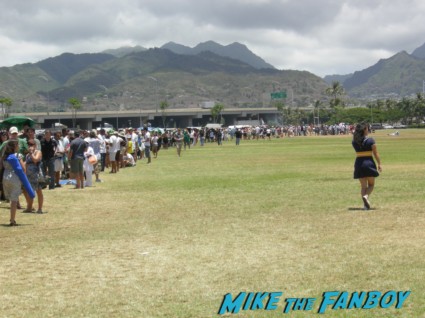 2:15pm- The Mayor tries to pump up crowd and let’s us know Barry’s plane has just landed. 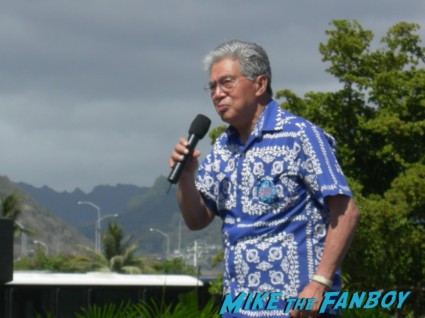 2:25pm- Black SUV’s arrive and out comes Barry and Michelle. 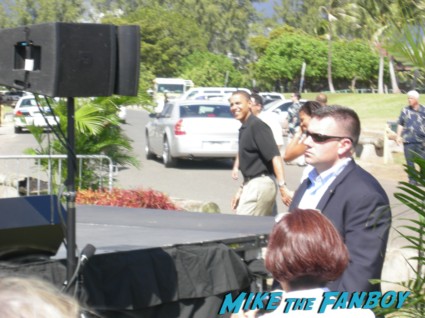 Yes I do call him Barry as that was his high school name and he was the 6th man on our State Championship basketball team in 1979. 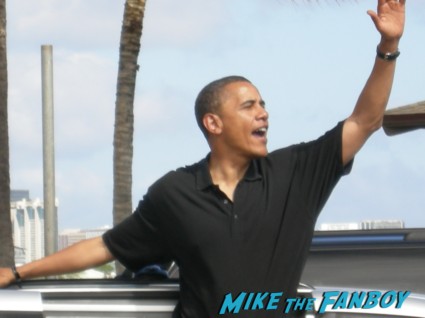 2:35pm – Barry is thanking the crowd and talking about the old days and how he is looking forward to stopping at Zippy’s for a plate lunch and then going to get some shaved ice. 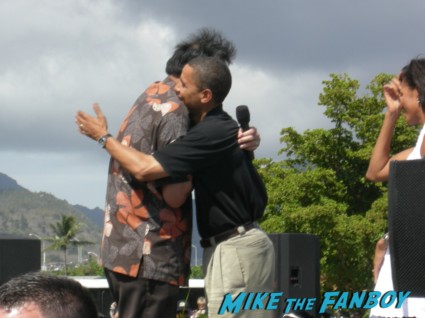 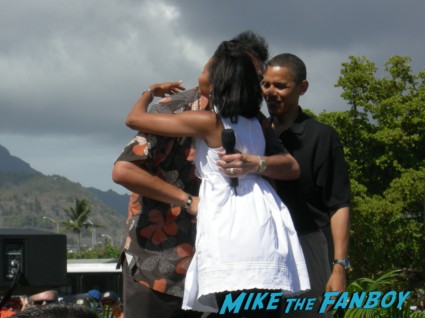 He is the total local boy today and I do remember him as an 8th grader in that championship game. 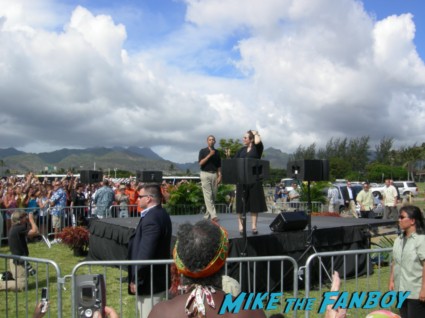 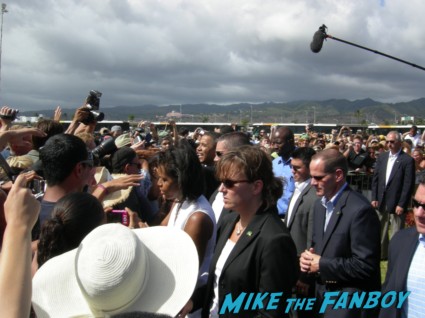 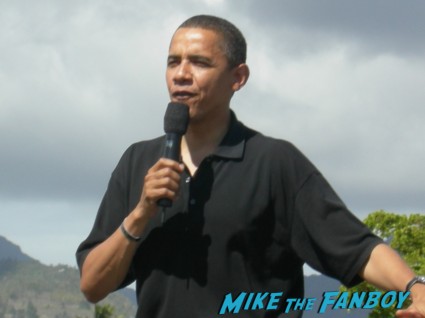 He then starts to shake hands and people had also brought some books for him to sign. I had that 1979 State Championship Program (yes I keep a lot of stuff) and I handed to him to sign. He said “Wow this is old” and I told him “I was there when we won it all!” He then shook my hand and gave it to his body guard. I also got to shake Michelle’s hand too. Such a lovely lady. 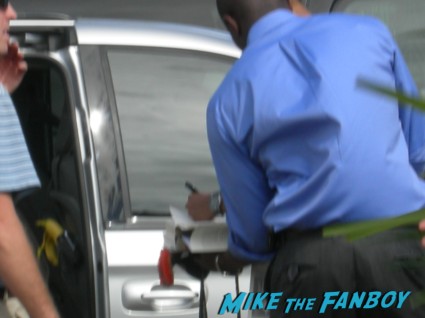 2:50pm – I wonder how I am going to get my program back so I just wait by the barricades and then his body guard comes back with a bunch of books and the program and hands it back to us. I told him to let Barry know I’ll trade him the program for dinner at the White House. He chuckled, but I was serious.

Anyway, we know what happened 3 months later and the rest is history. 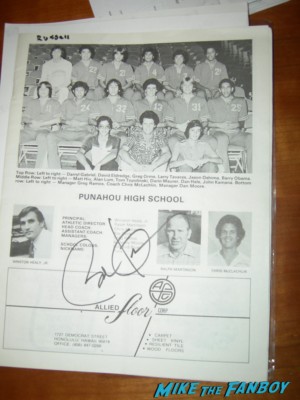