Salem, WGN’s first scripted series had it’s premiere showing last night and drew an impressive 2.3 million viewers! That’s not too shabby! Salem is a historical fiction series about the Salem witch trials, however in this version witches are real and are in fact manipulating the trials outcome.

While at Wondercon this past weekend, I had the opportunity to sit down with Salem star Shane West and executive producer Brannon Braga. They spilled some of what we can expect from the new series as well as some other tidbits.

“What drew me to this show is writer Adam Simon, he had an idea about witches being real during the witch trials. That sparked something in me. I thought that was a great take” Braga said, “Not a lot had been done with Salem in this day and age.” 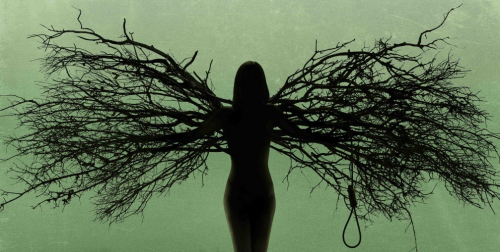 Star Shane West added, “It was tough to commit to another series, and I think in this case we knew we were doing our last season (on Nikita) and with television being so out of control in a good way, there’s no pilot season anymore. I thought I would have until at least a year and this one… stood out.” West continued, “It was a director on Nikita who showed it to me and he said it was the best pilot he read in a very long time and I had to agree. It’s supernatural, it’s about witches but it’s done so differently. It’s truly unique. I can honestly say, if I didn’t know anyone on this series, I would be a fan.” 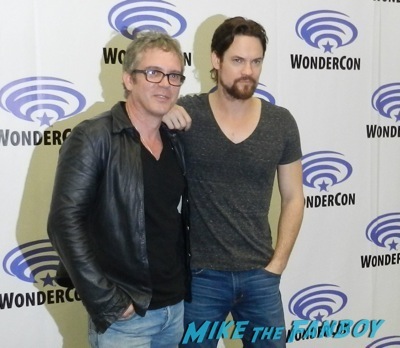 “Every trial was meticulously documented.” Braga said, “They put a pig on trial! That’s crazy! Immediately that whole world opened up… that was uncharted.”

Brannon Braga knows his way around a drama series and genre shows in general creating some of the best known series in the 90’s. “When I started in television in 1990, the word on the street was that the one hour drama was dead. If you’re trying to be a television dramatist forget it. Cut to 25 years later we’re in a renaissance. When I was on Star Trek: The Next Generation, that was like a mutant show in syndication, and now the most popular show on television is about zombies.” 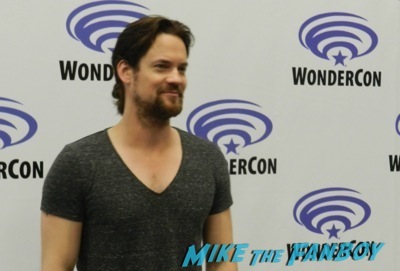 Working with a new network like WGN could pose a challenge, however that doesn’t seem to be the case with Salem. “Matt Cherniss (president of WGN) and I are on the same page. If anything he pushes me to do more. It’s been a pleasure.” Braga noted, “He really believes in the show, he’s not afraid of the show. On the one hand, it’s their first show and it’s a lot of attention, but they get it.”

As a society, we seem to still look at things like the Salem witch trials with wonder. “Tragedy is always fascinating.” West says, “This is a tragic period in American history. You can’t believe that it’s actually happening, you believe it’s a show on WGN, but as actual events it’s pretty incredible. John Alden (West’s character) was one of the first born in the new world. His father was one of the first settlers, there are indians everywhere, French trying to colonize, so the paranoia would be huge. It was a Puritan culture, I would have believed in it (witchcraft) myself.” 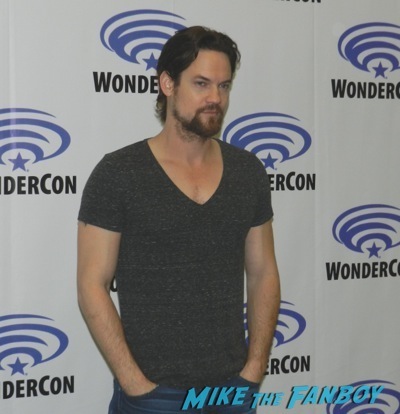 Speaking of John Alden, who is he? A Witch Hunter, Witch Sympathizer? “He’s a Hunter. This could change over time. But he’s a soldier in general. He makes the decision to stay in town for a couple reasons. One, he doesn’t want to see the town his father built crumble and two, for love. He has a lot of same issues that Cotton Mather has and they do have to team up at times. It’s not a quick process. John Alden has to do the dirty work.”

Let’s not get too attached to our favorite characters! Braga says, “I don’t want to do it for gimmicky reasons, but this show is permeated with dread and death. you have to keep the audience on it’s toes. What’s astonishing about the cast is they really feel like real people from the first episode. We are so lucky to have this cast.” 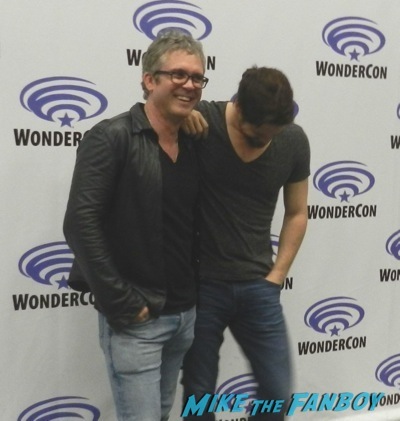 When talking about Salem, you have think about witches but are witches enough? “Witches are real and they are running the trials because that’s the big difference. That’s the hook on this show. Why are they doing it? What’s the plan? What are they up to? Who’s a witch? Who’s not.” Braga added, “There are those witches in Salem, who think let’s just lay low. There are those who have a grand vision of a country of their own.”

And why does Brannon Braga think that genre shows are doing so well now? “It’s a good question. Why is comic con so big? It’s a new generation of people. When I started this business, doing a period horror series would be absurd. It would be a great article for someone to write, I would love to learn about it myself.”

What is one line that describes Salem? According to Braga, “It’s part Exorcist and part Wuthering Heights. Certainly a bizarre combo but it works.”