Who doesn’t love Sally Field? I can’t think of anyone. You guys might have seen my recap earlier this week about meeting the Hollywood legend, and now Paul has this nice recap about Sally Field’s star ceremony from the Walk of Fame!

Sally is Hollywood royalty and she’s currently starring in The Amazing Spider-Man 2, which is doing pretty good at the box office.

Lets just say before 9am already 7 people in line… no problem barricade is set up and we get comfy cozy for Sally field. Time flies as the wax museum opens and fanboy Joseph says hi to everyone… While at work! Ha!

I do notice some unregular faces for once and of course the no autograph request signs are up again, deterring dealers who wait at the crosswalk for cars to pull up. Lucky each guest had 4-5 guards escorting them to the event. Upon arriving, I am notified that Hollywood royalty will speak, Jane Fonda and Beau Bridges! Wow, what a great day!

So far Jane waves at us and has her assistant handle her dog, while she opens an umbrella and keeps it open the whole ceremony. 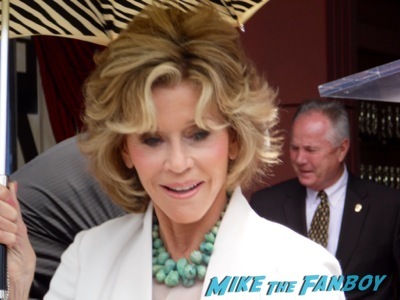 First is Beau to speak and he is charming and amusing. 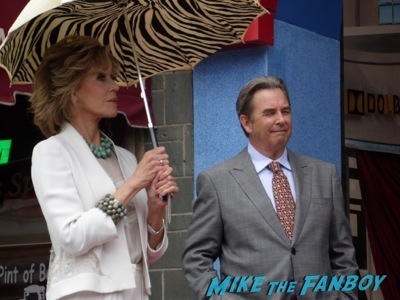 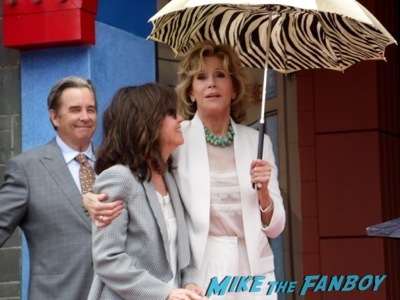 Next is Jane Fonda who is astonishing and witty and last is Sally who thanked the studio for paying for the star and was downright funny! 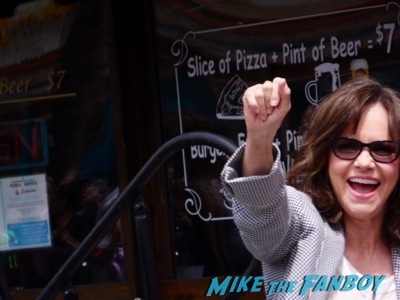 When I least expected it, Sally Field came over and signed (my advice is bring 1-2 things Don’t RACK or be stupid)

I left immediately left after that and called it a day