Home / Fanboying! / I Join Up With Mr. Robot After Meeting Rami Malek! As Well As Salma Hayek! Autographs! And More!

How can you not love Salma Hayek? Seriously, she’s hot, she’s adorable, I mean come on!

But… She’s not the only reason I was heading out today, besides Salma Hayek, Mr. Robot star Rami Malek was also doing the same talk show. I mean, could it be anymore perfect?

If you haven’t seen Mr. Robot it’s one of the best and smartest shows on television. So interesting. So intense. And Rami Malek is flipping intense in the lead.

Now, you might have seen my Fanboy Fail with the cast of Mr. Robot before, so I was a little nervous about today.

When I arrived I spotted Scotty who was camped out and in full Salma Hayek fanboy mode. No one loves the Hayek like Scotty.

Janna and Megan were also here and we heard both stars go in. People were saying that both of them would come over afterwards but we couldn’t see them. Doh! There was a giant wall. Damn the wall.

I also got a chance to say hi to MTF reader I want to say Doug, but I know that’s wrong… Dan? Shit, I’m so bad with names. Needless to say, it was awesome to meet you though!

It’s always great to meet someone who reads the site! It makes my day!

We waited for Salma Hayek to leave and sure enough she comes on over. I have my 54 and Dogma posters at the ready and then Salma says, “I’m only going to do one!” I’d rather have one nice one than nothing at all! 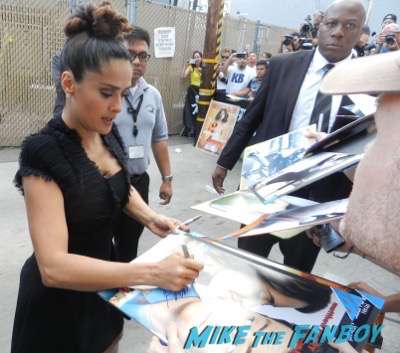 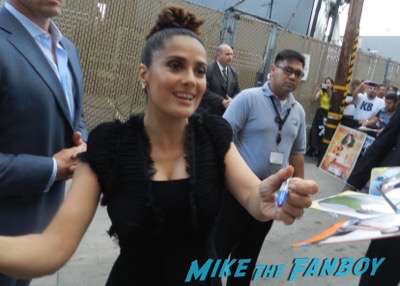 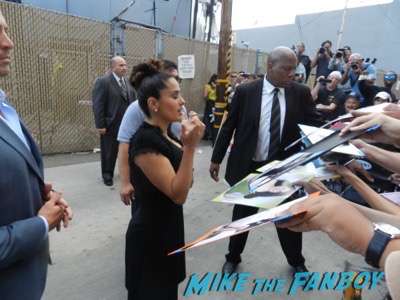 I got my 54 poster signed and then sadly Salma almost skipped Scotty because she thought that Scotty had my poster and was trying to get two. Scotty pulled out the Spanish and I told her no, I had the same poster. So Scotty got his Fools Rush In poster finished. Hey, he likes the movie what can I say? 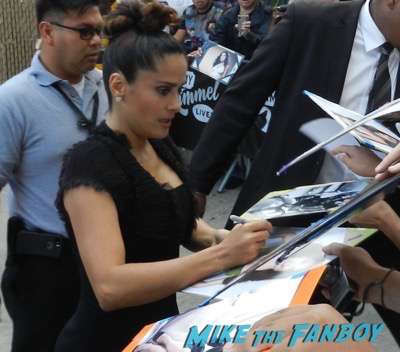 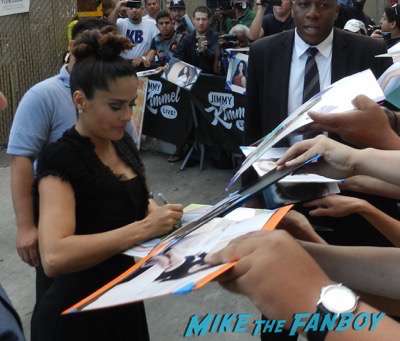 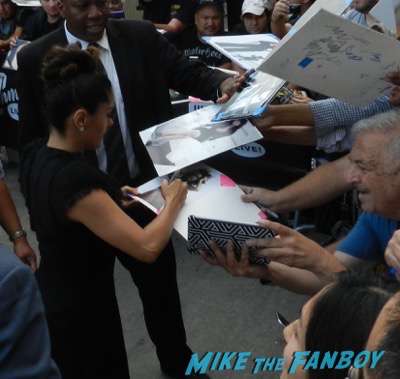 Salma was very sweet and went down the full line. She did a few selfies even and it was a tad chaotic so I give her credit.

Then we waited a few minutes and out came Rami Malek. I was a little geeking out, and dude, Rami Malek was so nice. Scotty actually asked Rami Malek if I could get a photo cause I was a bit of a dork. LOL. 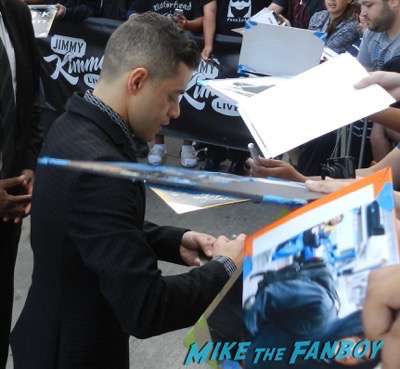 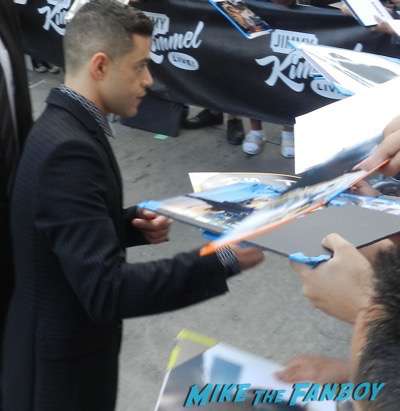 But dude… Mr. Robot is sooooo good! Rami Malek was super nice and signed my poster. Scotty got a poster signed for me as well. And they both look awesome! He was a really nice autograph. 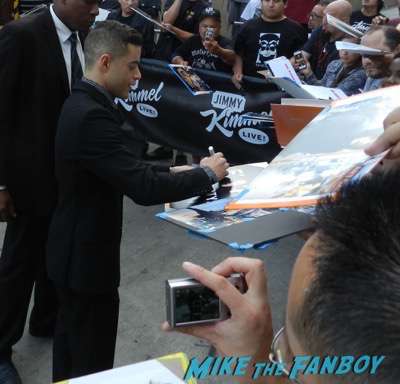 You can’t ask for better than that kids! 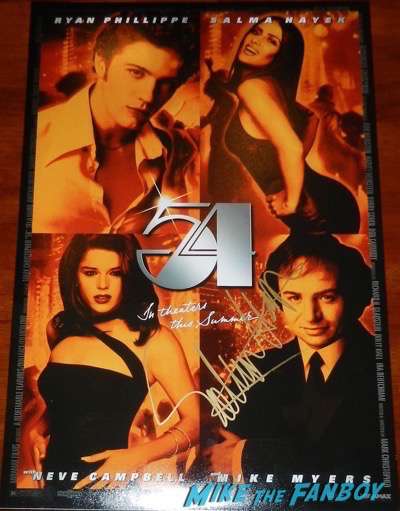 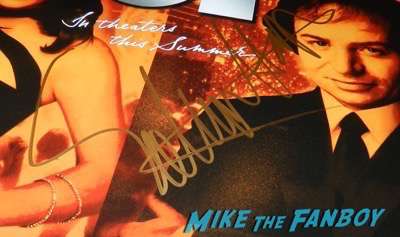 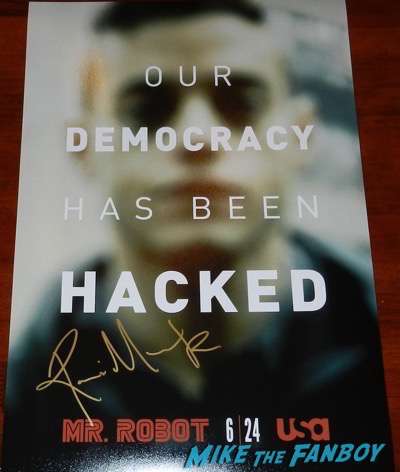 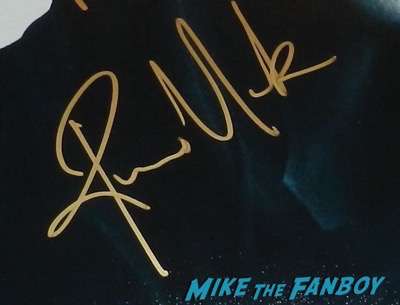 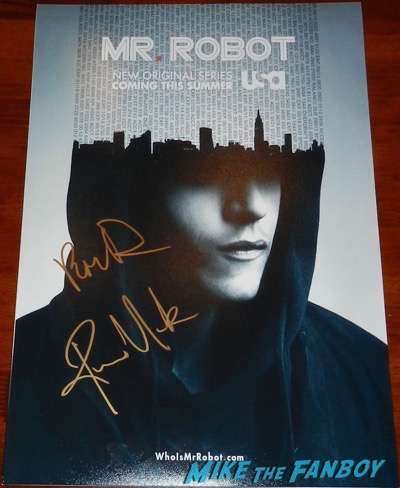