Home / Q and A • Suddenly Susan • The Scott-Files / Sam Worthington! Suddenly Susan Meets The Avatar Star At A Q And A For His Miniseries Deadline Gallipoli!

She headed out to a q and a for his new miniseries Deadline Gallipoli along with The Scott-Files.

Sam was super cool and the q and a was great!

I was lucky enough to attend a screening for the Australian miniseries Deadline Gallipoli starring and produced by Sam Worthington. 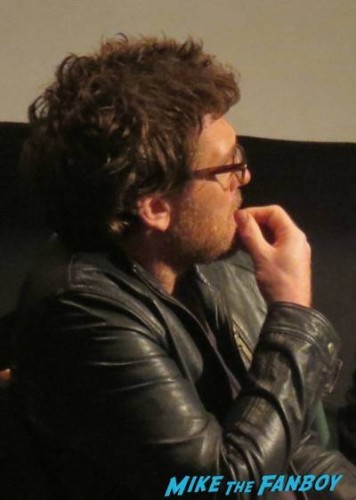 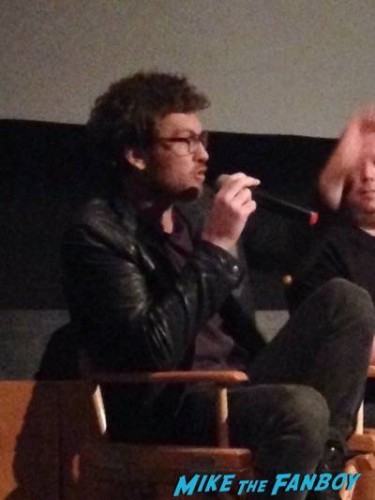 My friend Scott met up with me, arriving just a few minutes late. In the darkness of the theatre I was able to point out Sam sitting right in front of us! I was one fan girl who showed amazing restraint. 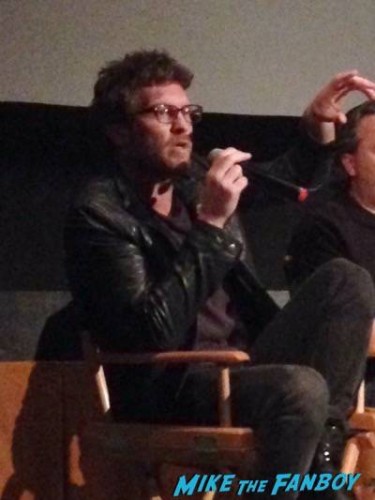 Afterwards, Sam was quickly crowded by people wanting to congratulate him. He was cordial with everyone, but knowing he has a two week old newborn with wife Lara Bingle, I figured he wanted to get home. I overheard him say he wasn’t going to attend the reception as he “had to get home to the kid”.

Before he darted out I asked if I could get a quick photo and mentioned a few of his older indies movies of which I was a big fan. He thanked me and said that was “very kind”. 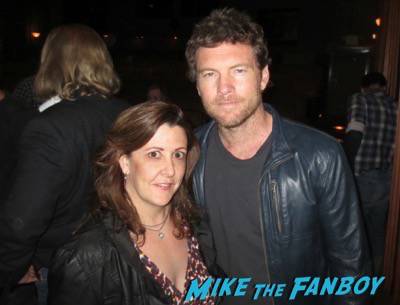 Then Scott asked for a quick pic and he said, “of course buddy”. Though he looks annoyed, I can attest that he was super sweet and nice enough to pose with us. I had a Terminator Salvation poster with me and I’m sure he would have signed it, but I knew he wanted to get home and did not want to take advantage of his kindness. I thought it was super sweet of him to take his glasses of for our photo op too. 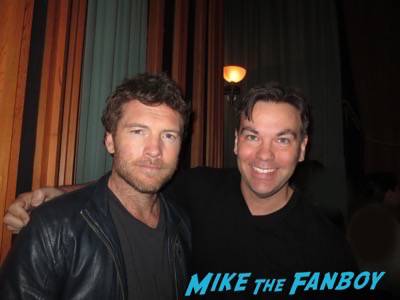 I’ve been a fan of his since before Avatar and before anyone knew his name. Glad to see he lived up to being a down to earth, cool guy.