Home / Captain America • Marvel • NEWS • The Avengers / Samuel L. Jackson Drops Some Captain American Details! What It Was Like Being In Star Wars! And Being In The New S.H.I.E.L.D. Series!

Samuel L. Jackson just did an interview with USA Today and shared some cool insights about Captain America: The Winter Soldier, S.H.I.E.L.D., Nick Fury and the difference between Joss Whedon and George Lucas.

Check out the highlights below!

Q. Had you ever worked with Robert Redford before?

A. There were a couple of films they called me to do he was in, and I was doing something and I didn’t have the opportunity to go and do them. It was perfect to be able to finally get on screen with somebody I respected and have enjoyed over the years. It was a real treat.

A. Yeah, he’s part of that World Security Council I was talking to in (The Avengers), just he wasn’t there. We also know each other because we’ve been comrades for a very long time. 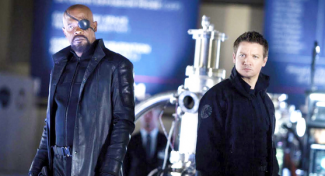 Q. Do we get a good backstory on him and how he fits in with everything?

A. Sorta kinda. There’s some stuff that’s said that gives you an idea of how he’s been part of that environment for a long time and the kind of guy he was.

Q. Cobie Smulders’ S.H.I.E.L.D. agent Maria Hill from The Avengers is showing up in the pilot for the new Marvel’s Agents of S.H.I.E.L.D. series this fall on ABC. Has Nick Fury been requested, as well?

A. No! I keep talking to them about it. I keep saying, “If nothing else, let me be Charlie of Charlie’s Angels. Use my voice to send them off to do stuff sometimes.” Joss just looked at me like, “Hmmm. Maybe.”

Q. He seems like a guy who keeps things close to the vest.

Q. When working with George Lucas on the Star Wars prequels, was he like that, too?

A. No, George wasn’t. The script was secret in a way — they did give us the whole script, but you just couldn’t talk about it. And George was very open about what he wanted to do: “Eh, just do it and let me see it.”

Joss is very “No, don’t do it that way. Do it this way.” He has a very specific reason for that. He will even stop you from saying “wasn’t” to “was not,” because that’s comic-book speak. You’ll kind of go, “Really, Joss?” And he’ll go, “Yeah. Really.”

You do it that way and then when you see the movie, you go, “Oh, I get what he was trying to say.” 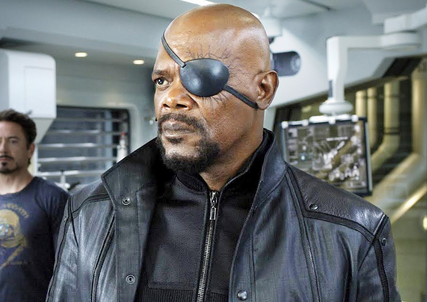