Welcome back to Billy Beer’s Barstool.  Well, it’s Super Bowl Sunday, and you would think I would be off to a bar to eat some wings and drink some beer.  Honestly, I could care less about either team.  What I did care about was seeing Oscar Nominated Saoirse Ronan again before the award season was over.  She was being honored at the Santa Barbara Film Festival and I figured this would be a lower key event to get her with everyone watching the big game.

Well… Things didn’t start off great.  My check engine light decided to come on, so I had to pay $100 for a part to get my car up and running….FUN!  When I finally did get down there, thankfully it wasn’t too crowded. 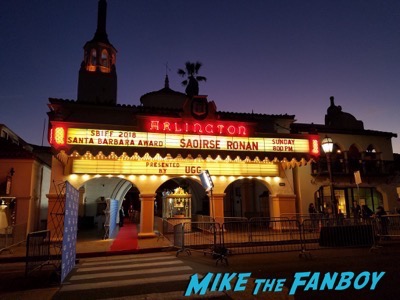 As time progressed, it got busier and busier.  I think a lot of locals decided to come out after the game.  The barricade ended up filling up.  It was about 2 deep.

It didn’t take long, Saoirse arrived, and she went right to one end.  Basically if you were in the front you got a picture or autograph if you asked. 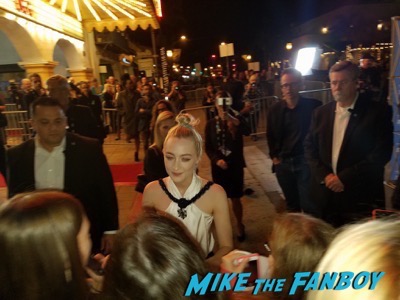 When she got to me, I had my cast piece and a photo.  She was nice enough to sign both and still took a photo (Photo cred Dori). 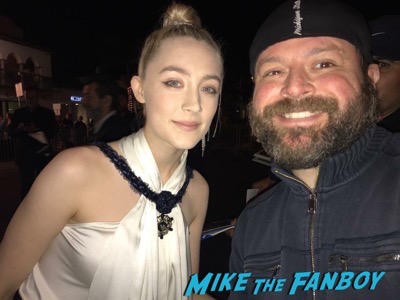 It was pretty laid back.  I did have another cast piece that other people tried to get signed for me, but I ended up just getting the two.  I was happy.  Till next time. 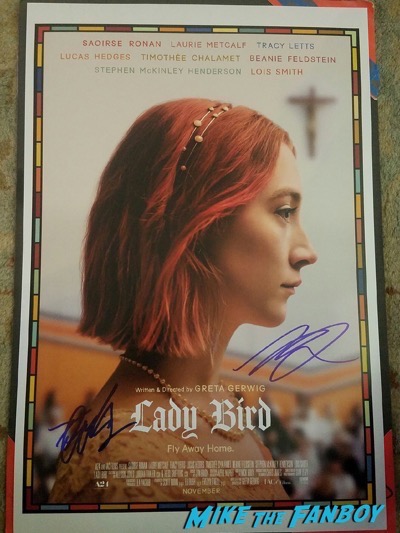 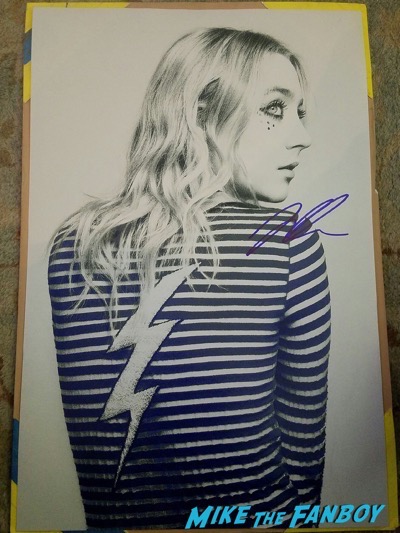