Horror has certainly hit a solid stride in recent years with some unbelievable films. Chelsea Stardust’s “Satanic Panic” masterfully menaces you with her side-splitting horror comedy destined to be a neo-classic midnight movie.

Pizza delivery girl Sam (Hayley Griffith) has been having a rough first day at a thankless job and it doesn’t get much better when she visits the wealthy neighborhood of Mill Basin. When Sam’s stiffed on a tip and runs out of gas, she stumbles into the house only to interrupt a Satanic ritual. Sam teams up with Judi (Ruby Modine), the daughter of the cult leader (Rebecca Romijn), and attempts to escape being sacrificed in this weird, wealthy community. 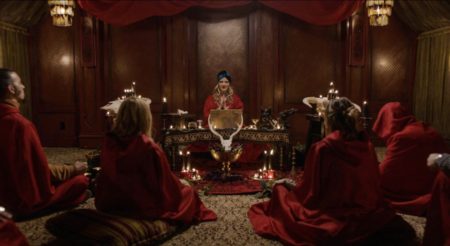 This bloody movie boasts an impressive female led cast with Rebecca Romijn in her first horror film. The recent Fangoria covergirl completely captures your heart and soul with this delightfully devilish role as evil cult leader Danica Ross. Stardust’s stunning decision to cast Romijn against role rewards the audience tremendously and I can’t wait to see more from this future Scream Queen. However, Hayley Griffith genuinely makes the film a must see in her first starring role and steals the show. 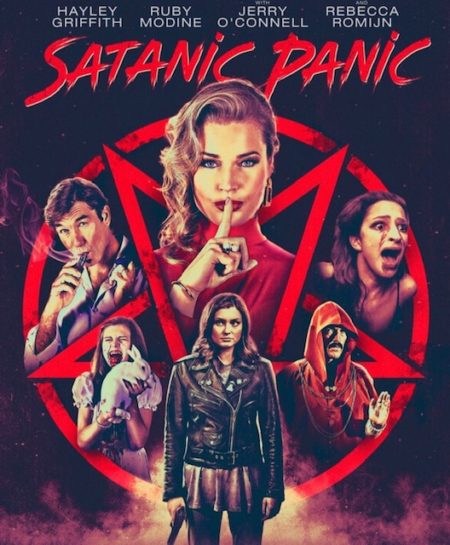 “Satanic Panic” is the perfect midnight movie and it’s because the film’s cast captivates you from the get go. Although trying to decipher the age of Griffith’s character can be mildly annoying (high school or twentysomething), she stunningly portrays an amazing character you can’t help, but root for the entire time. The film also costars Arden Myrin, Jordan Ladd, A.J. Bowen, Jeff Daniel Phillips and Jerry O’Connell rounding out the principal cast. Undoubtedly, this fresh, funny cast created a glorious, gory film you can watch countless times. 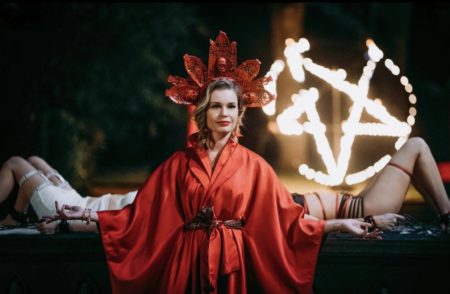 It’s a refreshing and amazing feeling seeing practical effects instead of the heavily CGI films we’ve sadly become accustomed to watching. Nowadays most filmmakers focus too much in post-production instead of making the most with visceral visuals that tangible talent can transform from the pages to screen. “Evil Dead” works decades later for that very reason and in this case created some unbelievably unique bloody experiences, especially the throat scene between real-life husband & wife team Jerry O’ Connell and Rebecca Romijn. 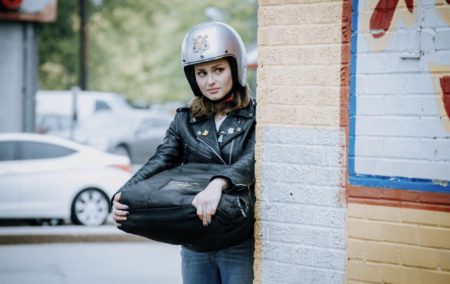 The seamless shifting from jaw-dropping horror and hilarious comedic moments make this one of those rare horror comedies that works well. The tone terrifically captures both equally and allows audiences to not overthink their experience. You definitely can feel the love and appreciation of classic slasher films throughout the film with “Evil Dead” and “Race with The Devil.” Even noticing influences of “Drag Me To Hell” and “Jennifer’s Body” helped create this beautiful, bloody love letter and made this a fun film worth discovering whether or not you’re a big horror fan. 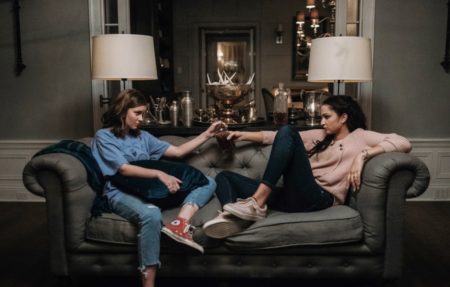 Much like “Near Dark,” “Pet Sementary,” and “American Psycho” beforehand, “Satanic Panic” works wonderfully with a fresh female filmmaker perspective. There are so many exciting elements in the movie, but beyond a genre film its average at best. There are the occasional and obvious missed opportunities with dialogue delivery forcing clunky comments being spewed instead of coming across more naturally. Sometimes the macabre made for better visuals, but humor could’ve made some of the dialogue distinctly better. Still, this no-holds-bar horror movie doesn’t restrain itself and “Satanic Panic” is the hilarious horror fix you’ve been craving. Grab a slice of pizza and get ready to enjoy a marvelous, morbid movie.