There are many subjects near and dear to my heart. I love me some Star Wars and I love visiting filming locations. One of the original film locations from Star Wars, Mos Espa is in danger of being buried in the Tunisia desert.

The sand is buring the set which was used in several of the Star Wars films. An indiegogo campaign is being set up to help preserve the site.

Check out al the info below and donate if you can. I set over a little to help out a good cause!

Save Mos Espa : A citizens’ fundraising initiative to save and preserve the Star Wars film set!

Recently, on the occasion of the festival ‘Les Dunes Électroniques’ (The Electronic Dunes), many of you discovered or rediscovered the magnificent site of Ong Jmel near Nefta – home to the decor village of Mos Espa, where several episodes of the Star Wars saga were filmed.

But this mythical place is in danger and if action isn’t taken rapidly, the desert will bury a part of the set and damage the remaining structures forever. 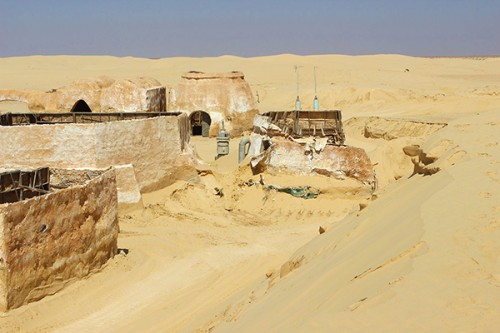 When the site, aside from being a prominent place of worship and pilgrimage for Stars Wars fans from all over the world, the village of Mos Espa (Ong Jmel – Nefta), one of Tunisia’s highest cultural heritage sites, is of high importance to the local economy and global culture.

The work to remove the sand burying the site has already started on 23 March, and 140 000 Tunisian dinars (89 000$ / 64.000 euros) are still necessary for the second phase of the project: Conserve and promote the site. 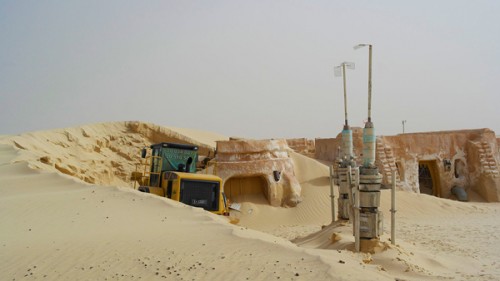 The press coverage following “Save Mos Espa”’s international awareness campaign has also enabled to raise 160 000 dinars in only 10 days from the Tunisian government. This money has been allocated directly to the Governorate of Tozeur and will be dedicated to the work of sand-removal and the destruction of the body of the “barkhane” (large mobile dune), i.e.: over 20.000 square meters of sand to move out of the site.

There are still 140.000 Tunisians dinars to raise and this is where you come in!
Save, conserve and promote
Today, the Tunisian association CDTOS (Tourism Chamber for the Oasis and Sahara regions) urges for your support to help raise 140 000 Tunisian dinars (out of the 300 000 dinars for the total operation), which is the amount needed to cover the second phase of the “Save Mos Espa” project.

A charitable, ethical and transparent action
As we value your trust, we intend to lead this mission within an ethical framework and act according to the principles of disinterested management. All our members are volunteers and have signed a code of ethics. Our accounts are made public. They will be published regularly on our website. An official statement will be released detailing all donations received and their allocation. We will mention the names of the donors and companies that wish to be cited. Anyone can request access to the information relating to this operation.

Help Save Mos Espa differently?
If you cannot contribute financially to this project, you can help us raise awareness by becoming our ambassador in your city, your country, your business, your entourage, and by sharing on social networks.

Make a donation and join the Order of the Jedi Knights of Save Mos Espa! 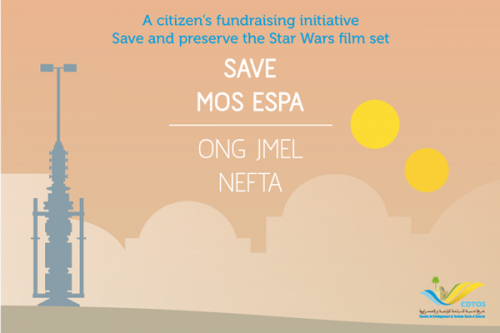