Home / NEWS • Stars of the 1980's and 1990's / Say Wha? A New National Lampoon’s Vacation Film? With Ed Helms As Rusty Griswold? Guess Who Might Be Playing His Wife!

I just heard that one of my favorite movies of all time is getting the re-boot treatment. Now, from what I gather this is less a re-make/reboot than a continuation which I LIKE… Otherwise I would be ranting like a madmen who didn’t get his Red Ryder BB Gun on Christmas Morning.

What am I talking about… Vacation! Yep, the classic Chevy Chase film is getting updated.

Now, from what I have gathered from our friends over at Latino Review, Ed Helms is taking over the lead reins and is going to play Rusty Griswold who as everyone knows is Chevy Chase’s son from the original films played by Anthony Michael Hall, Johnny Galecki, Jason Lively, and Ethan Embry.

Casting news have reported that Christina Applegate is eyeing the role of Ed Helms wife in the series.

I don’t hate this idea but Chevy Chase and Beverly D’Angelo need to be in it. I mean a passing of the torch is a must.

This new film is going to revolve around Rusty taking his family to Wally World one last time before it closes for good.

Are you guys ready for more Vacation? 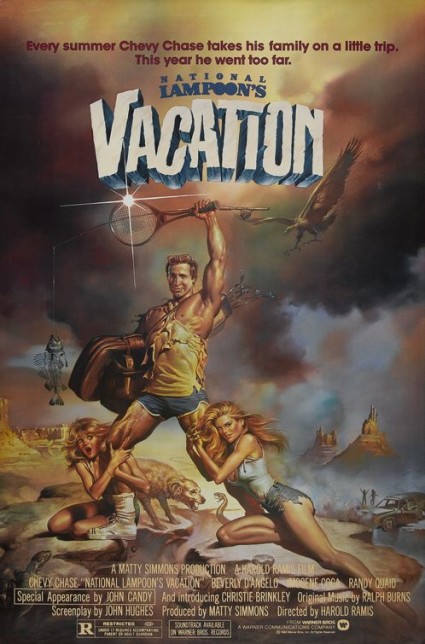