Home / FANBOY FAIL! • Fanboying! • Scotty The Music Man / Scotty Gets A Fanboy Fail When Spotting Lana Del Rey BUT Gets An Apology From Her For Not Stopping! Awesome!

Oh Scotty, I swear that boy has so much energy! After going out fanboying generally, I’m bushed and ready to head home. Scotty… He see paparazzi and is like, I’m going to check that out! lol… This time he spotted none other than Video Games Vixen Ms. Lana Del Rey heading into her hotel.

Did she stop… Well… It was sort of a fanboy fail but not really. Read the full report after the jump!

After a night of success meeting Marina and the Diamonds, I was on my way home when I noticed a large crowd outside a hotel. I parked and saw a few other collectors and a ton of paparazzi. I saw my pal Frank, and knew that Lana Del Rey must be coming by soon. He confirmed that she was in town. Frank is Lana’s #1 fan. We hung out and talked for a while. After about a half an hour, an old school Mercedes pulled up. Lana had arrived. The night sky seemed to light up with flashes going off like lightning. 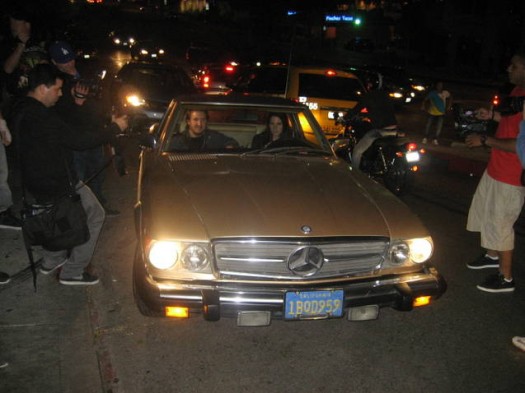 It was craziness. Lana could barely make her way into the hotel with all the “Paps” trying to get their pictures. Frank and I stood and watched the mayhem. As Lana finally made her way by us, she rolled down her window and apologized to Frank…by name…that she could not stop and get out to say hi. Lana is AMAZING. The fact that she rolled down and apologized to her fans shows that she is a class act. 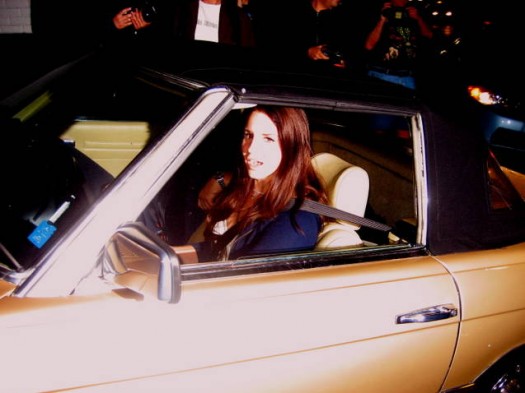