Walt Disney legends are people that have stood the test of time. One of those people is Richard M. Sherman. Now, Richard Sherman is the man behind the music of Disney sort of speak. He did Mary Poppins, Charlotte’s Web, Chitty Chitty Bang Bang and tons more.

Richard was doing a rare public signing for his cd. Scotty, being the Disney collector and fan that he is had to be there. For those of you who didn’t know Scotty loves Walt Disney and Walt Disney films, collectables, etc… So this was a real treat!

I read that Disney legend Richard M. Sherman would be making a rare in-store appearance. I was excited, as I wanted Richard to sign my Mary Poppins vinyl that I had Dick Van Dyke sign back in November of 2012. Richard and his brother Robert are famous for writing the music to many Disney classics such as “Mary Poppins,” “The Jungle Book,” “It’s A Small World,” and “The Parent Trap.” They are also famous for writing the music to the classics “Chitty Chitty Bang Bang” and “Charlotte’s Web.”

I was one of the first to arrive at the store and waited patiently until the employees decided where they wanted patrons to stand. 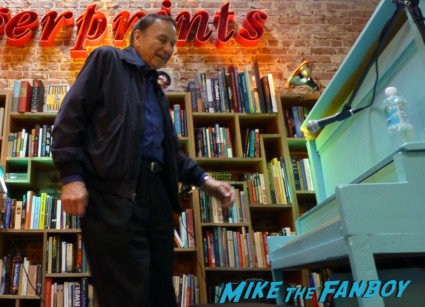 Once the audience was situated, Mr. Sherman was welcomed to the stage. It was a treat to see that he would be telling stories about the music writing process, as well as, singing some of the songs. 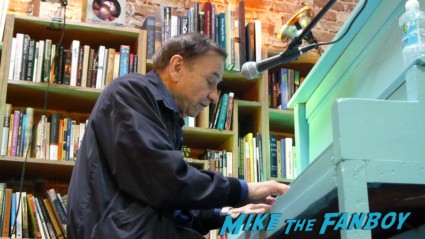 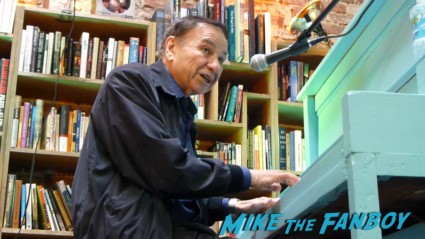 The highlight of Mr. Sherman’s appearance was hearing him sing, “Feed the Birds.” He explained how it was Walt’s favorite song. Richard told us how Walt would sometimes call he and Robert into his office and have them play it before going home for the weekend. I love stories about Walt. 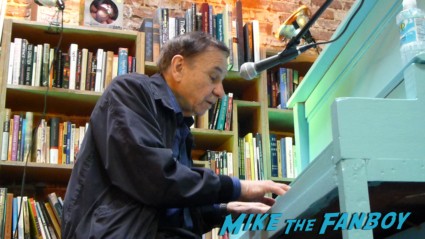 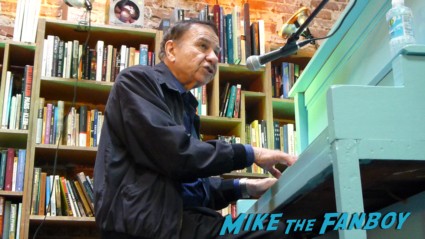 Following the signing, Mr. Sherman was escorted to the area where he would be signing. We all got in line. Mr. Sherman was so kind and gave everyone his attention and commented on some of the rare items people brought in for him to sign. 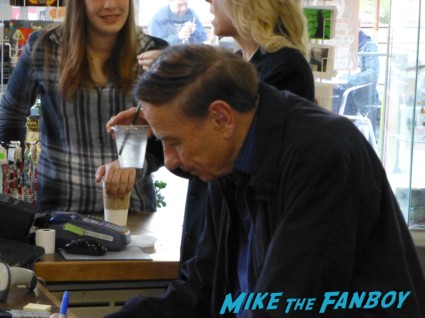 When it was my turn, Mr. Sherman exclaimed that I had an original 12” vinyl and how nice that I was able to get Dick on it. 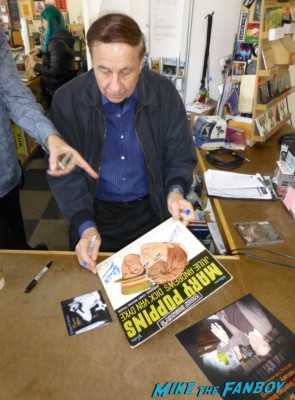 He also signed a CD I purchased, and the poster from the event. 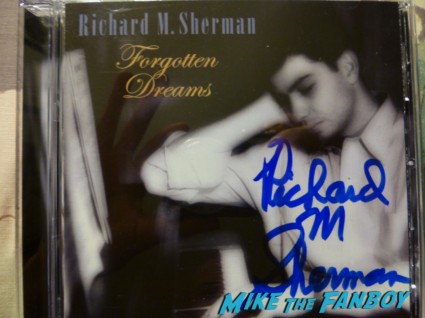 It was a truly special day. Thank you Mr. Sherman for a wonderful experience! 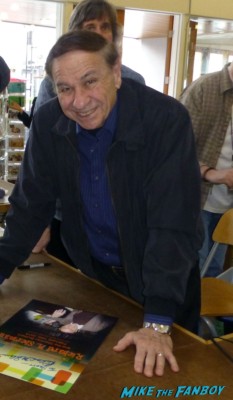 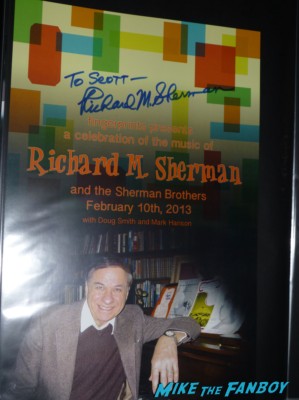 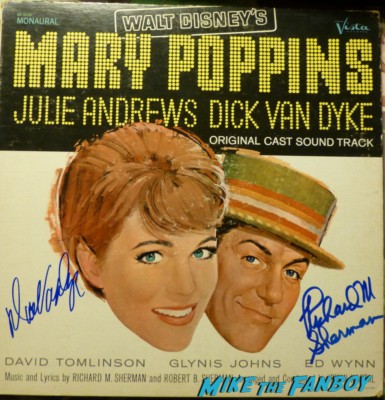