Home / Fanboying! • Hall Of Fame • Scotty The Music Man / Scotty Professes His Love Of Lana Del Rey and How Amazing She is After Meeting Her Twice In Two Days! Autographs! Photos and More!

I have my own experiences with Lana Del Rey to write up tomorrow but Scotty our resident Music Man has beaten me to the punch! Needless to say, even though I have only met Lana Del Rey one time I share Scotty’s enthusiasm. Her album really is stunning and I think it’s quite special.

I know a lot of people bagged on Lana Del Rey for her appearance on SNL but you know… I thought she has more than made up for it with David Letterman, Jimmy Kimmel and others. She just has this quality… I can’t put my finger on it…

Anyway, check out Scotty’s awesome encounter with the Video Games singer after the jump!

Lana Del Rey has been the most talked about name on every music blog for the past few months. I was actually not that excited by the single “Video Game” when I first heard it, although I was intrigued and was looking forward to giving the CD a whirl when it came out. So, I went out and bought it the day it came out. Wow, I was taken by surprise. Even after the slammed performance on Saturday Night Live, I could not believe how much I enjoyed the tracks, and how strong they all were. In my opinion, Lana’s voice is a mix of Hope Sandoval, Beth Gibbons, and a dash of Kate Bush. Now, she is just beginning, so I am not saying she’s at their caliber. She has a long road ahead, but Lana is off to a great start.

I was sad that I missed her Troubador show in December, and missed out on the signing at Amoeba. Knowing Lana was in town doing press and some appearances, I wanted to go out and try and meet her. Well, I was lucky enough to get to meet her twice and got some great photos and autographs.

The first encounter was very low key and amazing. Lana was incredibly sweet, kind, and humble.

She even gave me and some other lucky fans an “on the street” acapella of my favorite track “Off to the Races.” 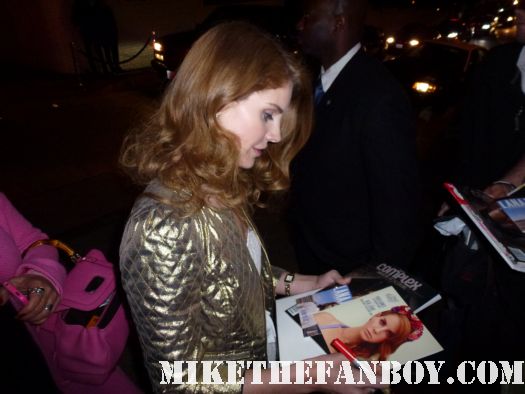 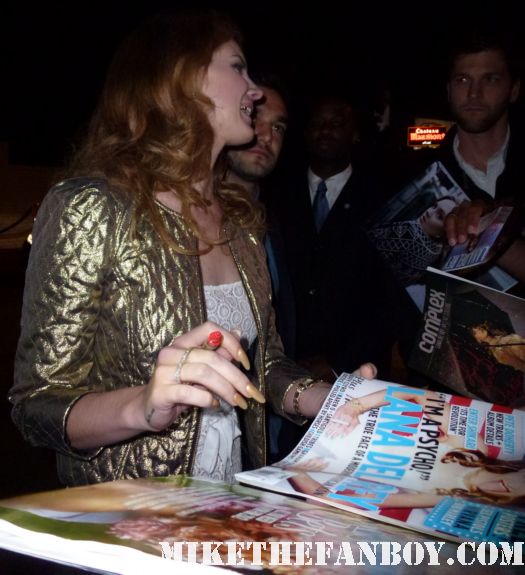 I was so EXCITED. Lana was very appreciative of her fans. 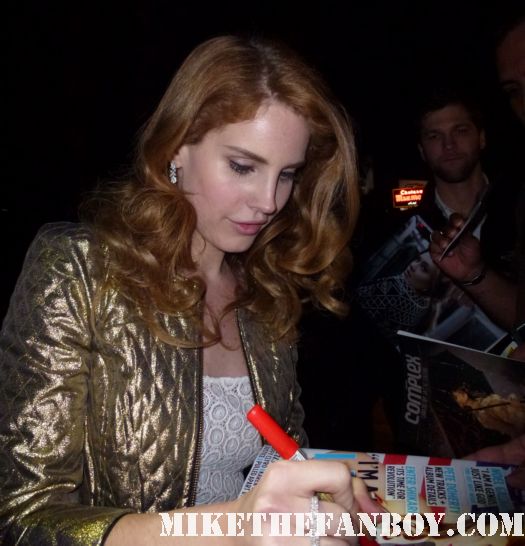 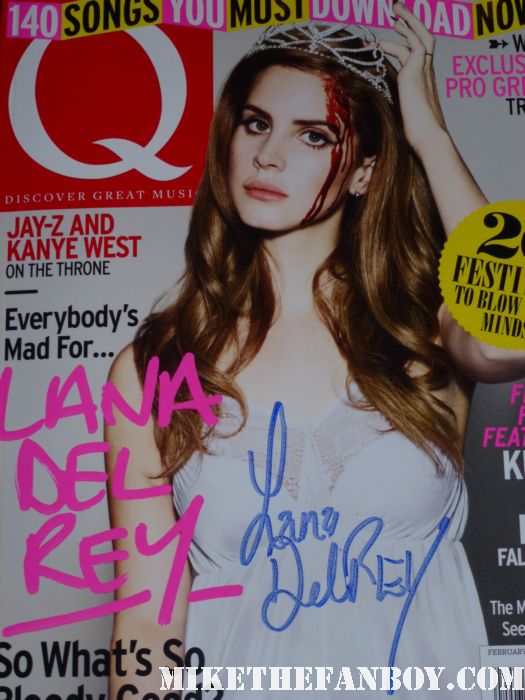 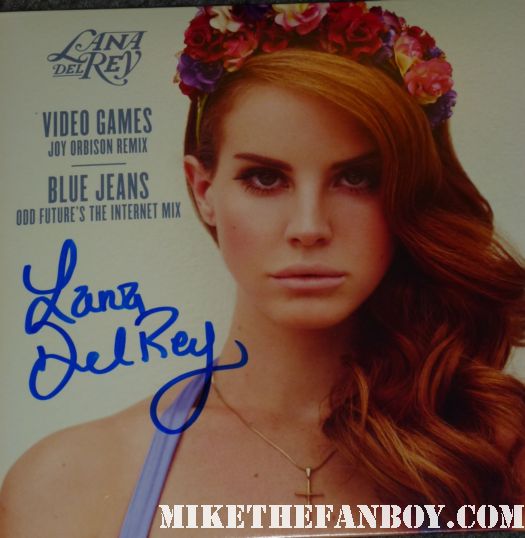 The second of the two meetings was after a talk show. When she came over to greet fans, it was as crazy as if Madonna or Lady Gaga were coming over to meet us. Lana is a hot commodity on the autograph market. It was a battle between fans and dealers to get a signature from Lana. Things got scary and tense, at which time security pulled her away. She looked worried, and I did not blame her. Even though she was pulled away, she tried to stay and sign. Security eventually put their foot down and said no, at which time she yelled to meet her at her hotel and she would sign. WOW! It was a first to hear an up and coming star give away where she was staying so we could meet her there. Lana stayed true to her word. We went to her hotel and she signed and took photos with everyone. 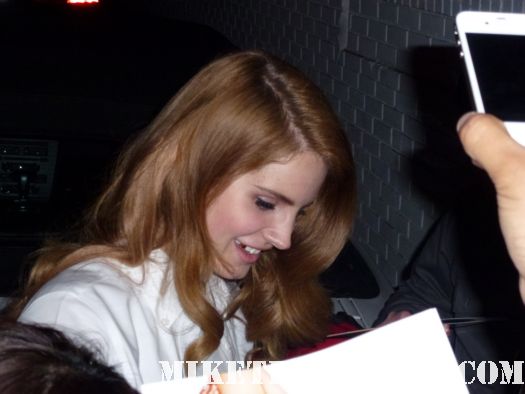 The scene was MUCH CALMER there. 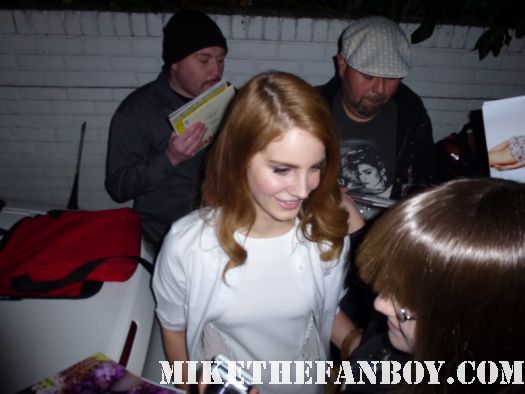 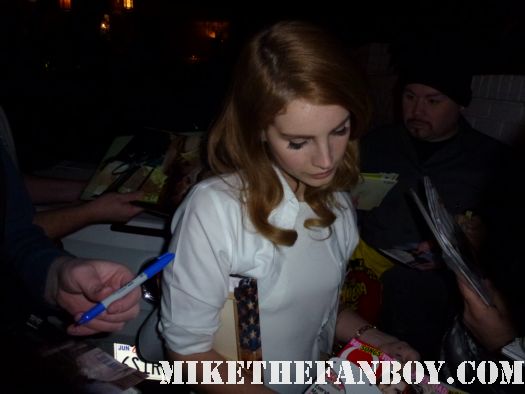 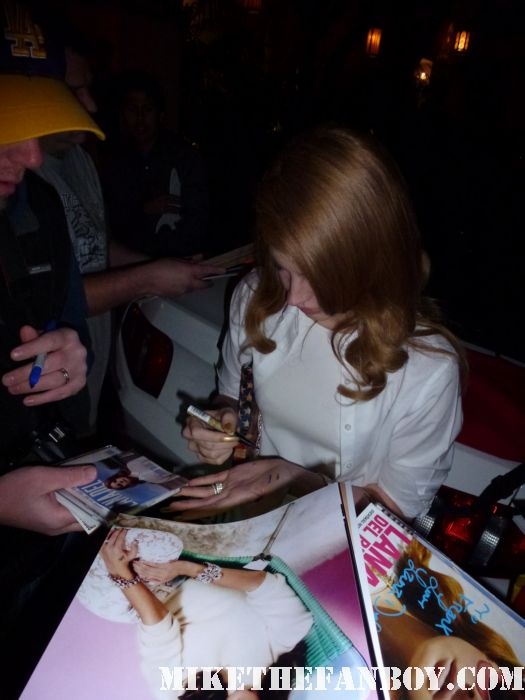 Lana is a superstar to the fans. Her voice, charm, and complete respect for the fans has made me a fan for life. Thank you Lana for two amazing moments with you. 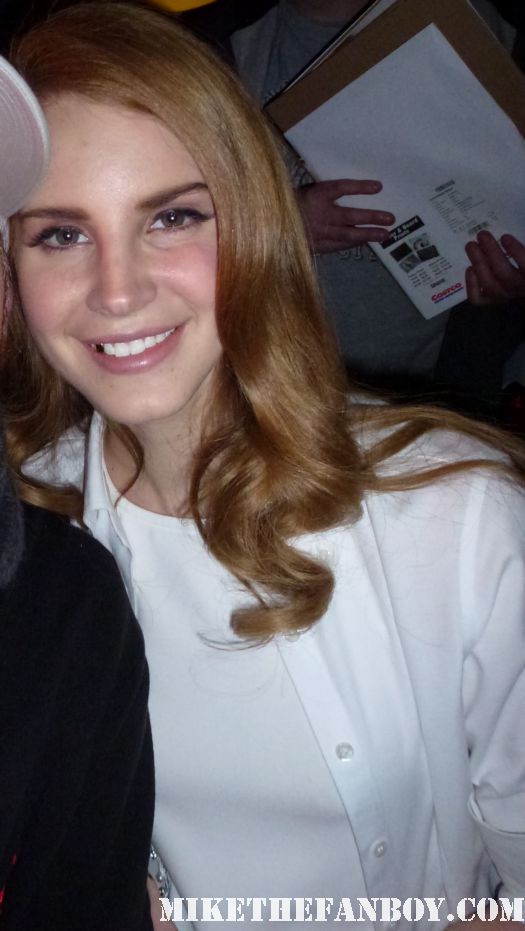 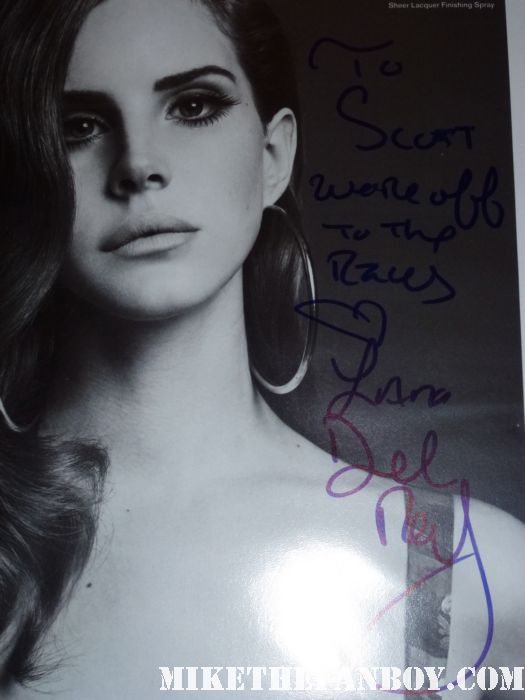 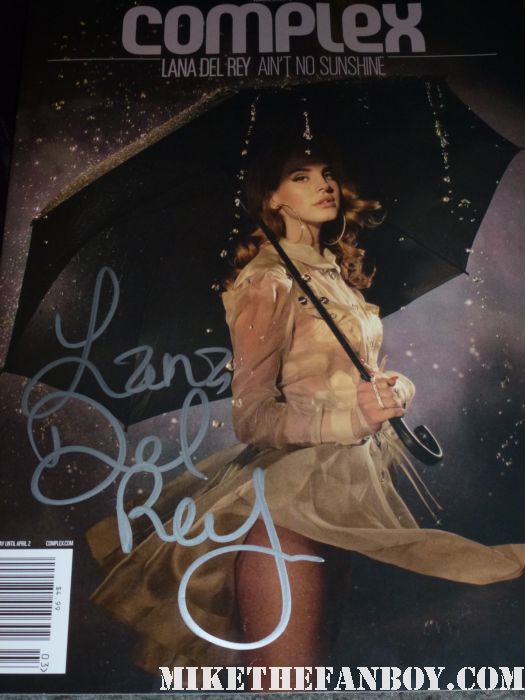