I love me some Scream Queens! And I’m excited that it’s coming to DVD in Dec with a limited edition box!

“I’ll have a trente no-foam, five-shot, half-calf, no-foam pumpkin spice latte with no foam at 210 degrees.” 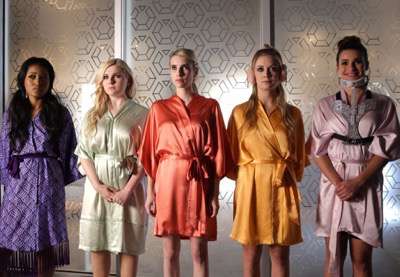 Get hooked on TV’s mischievous and addictive new series – “SCREAM QUEENS” – that will make you scream with delight! In the thrilling new series, a mysterious “Red Devil” killer wreaks havoc at Wallace University’s Kappa Kappa Tau sorority, putting every pledge on edge. Tension mounts as it becomes clear that anyone could be the murderer – or the next victim! Meanwhile, Dean Cathy Munsch (Jamie Lee Curtis) forces Kappa’s tyrannical fashionista president, Chanel Oberlin (Emma Roberts), to accept anyone who wants to join the sorority. Also starring Lea Michele, Keke Palmer and Abigail Breslin, “SCREAM QUEENS” is “whip-smart and wickedly funny” (Andrea Cuttler, Vanity Fair). Get all 13 outrageous season one episodes — along with more killer moments and special features that grant you access into Kappa House – with the arrival of Season One on DVD. 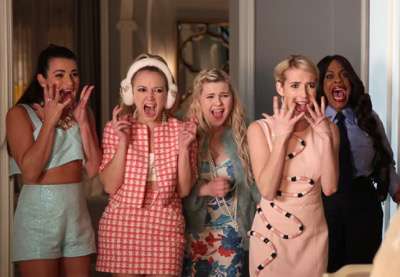 As an added bonus, fans can channel their inner “SCREAM QUEEN” with limited edition nail wraps, available as a gift when purchasing the Season One DVD while supplies last! 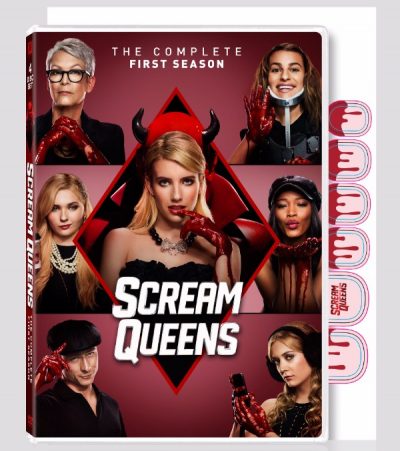