Home / Reviews / Screen X Review! This Could Be The Way We Watch Movies In The Future… And It’s Awesome!

When it comes to the moviegoing experience, it seems like there always new breakthroughs. Even before my time there was the iconic Smell-o-Vision and moving seats for films like Earthquake. Lately, with the advent of 3D technology more and more theaters are incorporating these “experiences” to help immerse the audience in a film and make moviegoing an event. Sometimes it works and sometimes it doesn’t.

One of these new experiences is called “Screen X.”

From the website: Screen X Films brings a new level of immersion and storytelling to movie audiences.

A film is no longer limited to the main screen and breaks free from the confines of a traditional theater.

By utilizing the side walls of the theater and transforming them into an extension of the main screen, the story is conveyed even more convincingly, the characters are realized on a even deeper level, and the audiences are left breathless.

ScreenX Films evolves the movie going experience to the next level and provides limitless way to creatively tell a story while leaving a lasting impression for the movie audience. 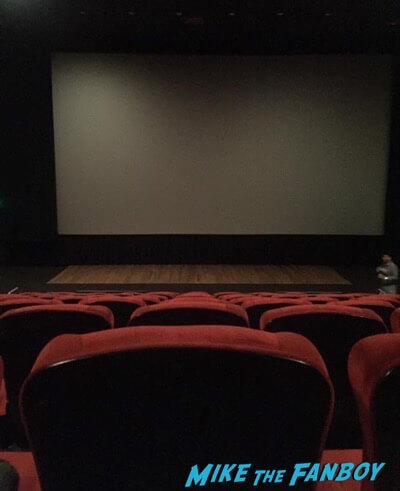 Essentially, the side walls of the movie theater have projectors that allow the action on the screen, when needed to play in 270 degrees all around you. It’s only available in a few theaters in the United States as of right now, but I have to tell you, it should be available everywhere.

I’m always skeptical when it comes to things that make the movie going experience better because (apart from a really bad experience that Suddenly Susan and I just had at AMC) I like going to the movies just the way they are. I like regular popcorn, with a Coke Zero and that’s it. No fancy flavors, I don’t need a foot rest, I don’t need someone to give me truffle fries, I just want the movie and the popcorn. 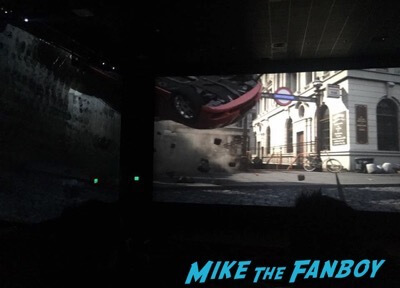 Well… I think I’m spoiled now, because Screen X has changed all that. I was invited to see Kingsman: The Golden Circle in this new format and I was intrigued. I wasn’t prepared for how much I would love it. The screen is a normal sized screen and when needed the picture expands on the side walls to enhance the action. So, if there’s a large fight sequence, or someone is furiously typing away at a computer keyboard, the action will extend around you.

It’s simple to write that but as a viewer, it just really sucks you into the film. I liked Kingsman: The Golden Circle as a film, but because I saw it in Screen X, I really loved it. The format really made me feel like I was in the action sequences and almost a part of the film itself. If you haven’t experienced it and are in Los Angeles or New York, you really need to make a point to do so. 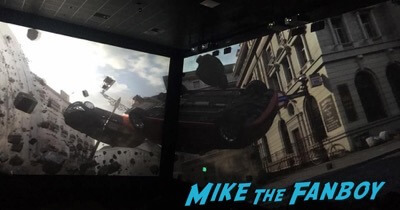 As I was leaving, I kept thinking of the different films that would be amazing to see in this format, Star Trek, Star Wars, Mad Max, really the possibilities are endless when it comes to the big budget action films. This format needs to be in more theaters ASAP.

Right now, this technology is only in CGV Cinemas but I really hope that it catches on because honestly, I think this is where films are headed. This is the format that allows the audience to leave with a full experience, better than 3D, it’s more immersive without losing picture quality and feeling like you’re watching a film with sunglasses on. 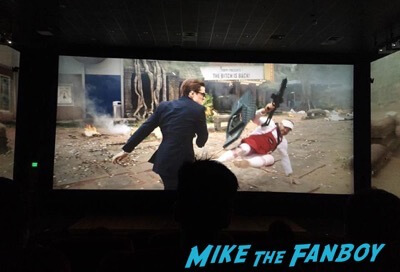 If my experience with Kingsman: The Golden Circle is any indication, Screen X is the technology we will all be watching films on in the future!

Check out CGV Cinemas for more information and showtimes for Screen X!