San Diego Comic Con is right around the corner and already some exclusives are leaking out. Everyone picks their poison at the biggest con in the world and the toys are a huge draw. The Hasbro line was capped in about 30 seconds on preview night.

So, as you can imagine any news of exclusives is big. Our friends at the Unofficial San Diego Comic Con blog have some news about exclusives coming at the con.

First Hasbro has another Star Wars The Black Series figure, this time it’s Jabba The hut. 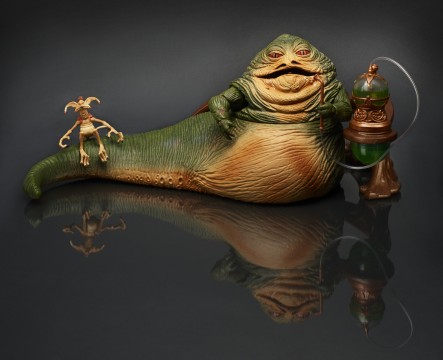 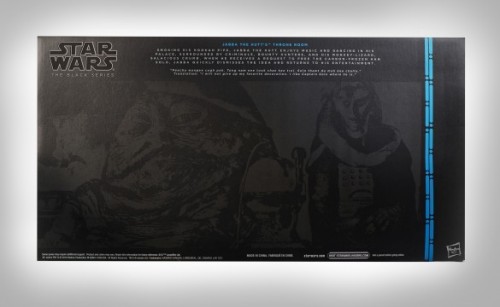 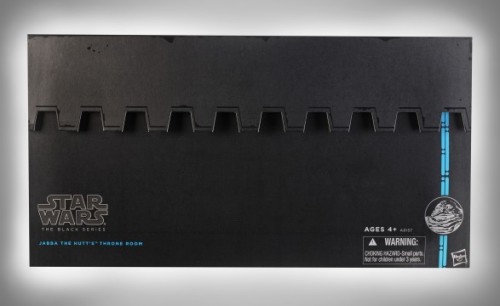 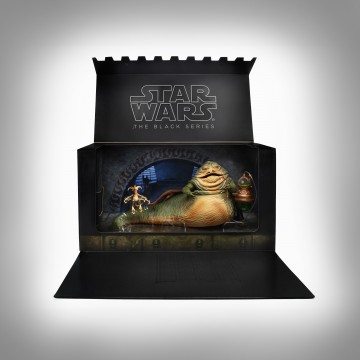 the 6-inch toy captures Tatooine’s giant slug-like gangster in all his frog-slurping glory, complete with hookah (I hope you have a prescription for what’s in there, Jabba), and cackling, diminutive sidekick Salacious Crumb.

The figures are packed in a display that recreates the villains throne room lair from Return of the Jedi, including space for last year’s Comic-Con exclusive toy, a Carbonite-frozen Han Solo.

Next up…AFX had opened pre-orders for a set of two mini-bust paperweights, featuring The Reverse Flash and Flashpoint Batman. The statues measure 5.25-inches-tall, and the set was originally available for pre-order for $50 for both figures. However, we’ve since learned that these figures won’t be making their debut in April as originally planned — instead, they’ll be a Comic-Con exclusive (and presumably for those who had already pre-ordered). 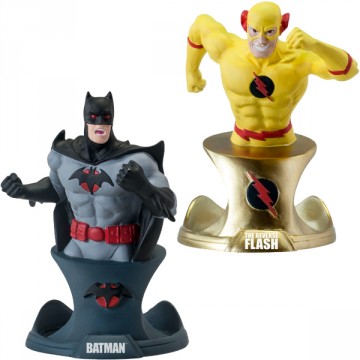 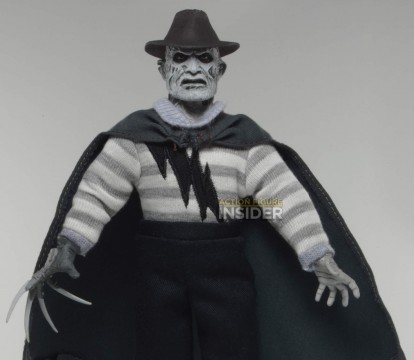 “Super Freddy” will be limited to 5000 pieces, and NECA stated via Twitter that they will save allocations for each day of the convention, with a limited quantity available for online sales for those unable to attend the convention. 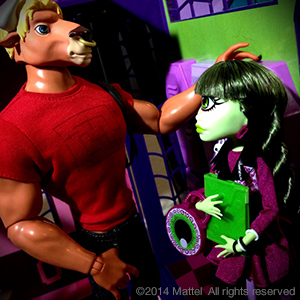 And
Masters of the Universe® Classics Hordak® with Imp ($30)

Celebrate the 30th anniversary of She-Ra® and Princess of Power® with the first-ever Filmation-style Hordak® figure! Inspired by his ‘80s animated appearance, complete with blue skin and interchangeable cannon/”human” arms, this figure includes a snap-on claw hand for his cannon arm and a Horde magic staff. Joining Hordak® is his sarcastic sidekick from the series, Imp, in his first appearance as a Classics figure. 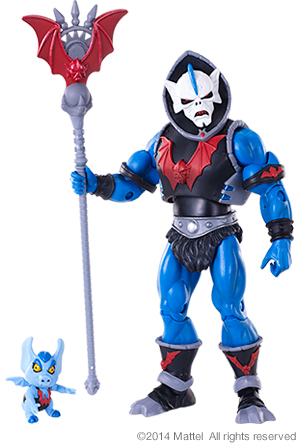 Added Bonus Only at SDCC!

When you purchase this Hordak® figure at the show or pre-order the figure to be picked up at the show, you also get a bonus “Imp as a Treasure Chest” figure! Packed in a separate poly bag (not on the blister card with Hordak® and Imp above), this special item is available only at SDCC and will not be included with the Hordak® with Imp figure sold at MattyCollector.com after the show. First come, first served. (Can’t see him? That scamp! He’s around here somewhere…) 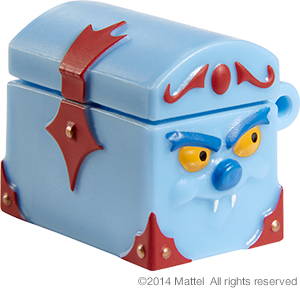 One of the most demanded figures in the DCU ClassicsSignature Series finally arrives! This massive maniac had the ultimate face-off with Superman™in the best-selling issue #75, and now, in his first-ever appearance as “prison suit” Doomsday, he joins our DC Universe Classicsline. Standing at over 9” tall with 16 points of articulation (16!), theKryptonian killer arrives in his prisoner suit. (How in the world did he fit all of his spikes and bones inside that suit? Some mysteries may never be solved.) Doomsdaycomes in a custom window box that pays homage to the cover ofDC Comics Superman: The Man of Steel #18 (November, 1992), the issue where he made his first full appearance. 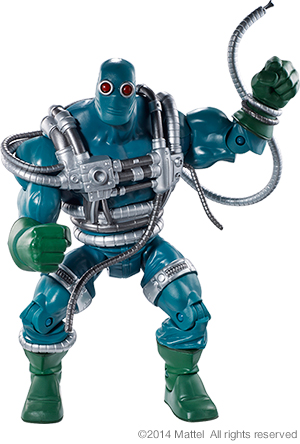 Cinequest has this awesome exclusive:

We’re marking the coming 10th season of Supernatural with a great variant Metallicar from the Season 9 episode “Blade Runners”. Sam and Dean get back to the Impala only to find that Abbadon’s henchmen have ransacked and keyed the car, engraving a warning in Enochian: “Be Afraid, Your Queen.”

This variant – complete with Enochian warning – is limited to 1,000 pieces worldwide.

Entertainment Earth has this awesome exclusive!

Straight from Saturday Night Live and the hilarious cartoon that never would have made the cut on Saturday morning, comes that crime fighting Ambiguously Gay Duo featuring friend-of-friends Ace and Gary, saving the city from a bunch of gawkers that can’t take their eyes off them. Bif Bang Pow! presents the Saturday Night Live Ace and Gary – The Ambiguously Gay Duo Monitor Mate Bobble Head! 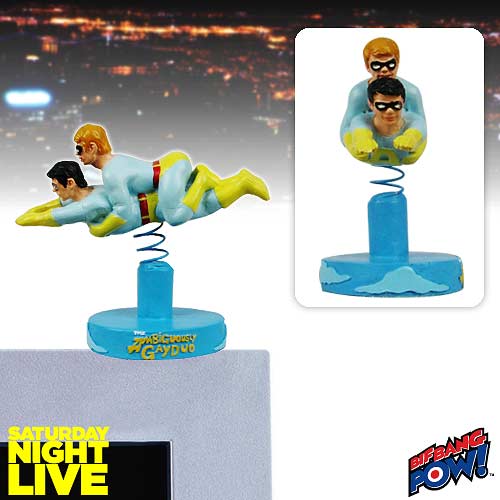 This 4-inch scale mini resin bobble head measures about 3 1/4-inches long x 2 1/2-inches tall on a “The Ambiguously Gay Duo” cloud-themed logo base that sticks to your computer monitor with a non-damaging adhesive pad. Elevated above the base, Ace and Gary bobble as one, so it looks like they’re flying!

We’ll have more awesome exclusives as they get released so check back!