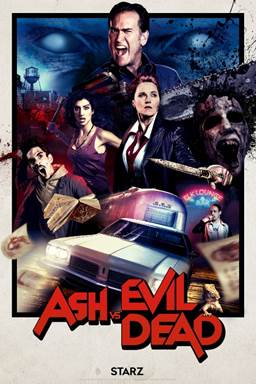 Today, STARZ released a new “Ash vs Evil Dead” red band trailer that was deemed too gory for San Diego Comic-Con International. Musician and super fan of the series, Kid Cudi, premiered the trailer via twitter (@KidCudi). STARZ also revealed a never before seen poster for the series created especially for Comic-Con International. The poster will be available at the “Ash vs Evil Dead” cabin in Petco Park Interactive Zone to be signed by cast members and executive producers on the series.