Below are descriptions of the items that will be on sale at Nick’s booth. 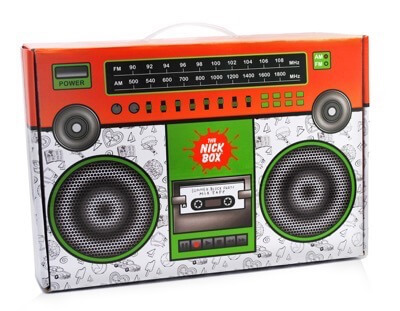 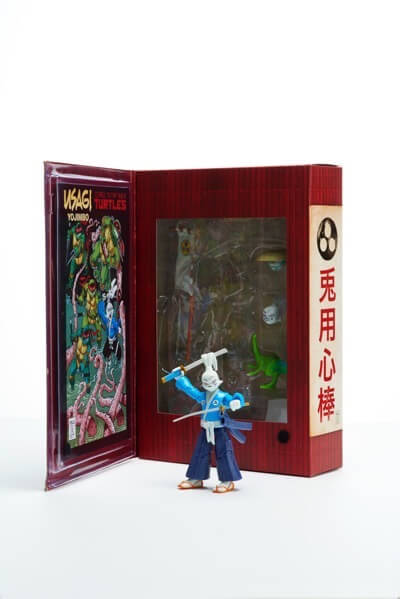 In Nickelodeon’s 2017 Tales of the Teenage Mutant Ninja Turtles, the samurai rabbit Usagi Yojimbo will reunite with the Ninja Turtles once again for a three-part story arc that begins airing July 23.  The San Diego Comic-Con exclusive of the 2017 Usagi Yojimbo new character design action figure comes in a limited edition of 350.

This item features the newly designed Usagi Yojimbo action figure in a 5” scale, dressed in his classic blue robe, and comes with his traditional Samurai swords.  Also included are two additional exclusive, interchangeable Usagi heads, his pet Tokage lizard, and a flag with Usagi’s signature emblem.  All this is presented in a collector edition 5th panel storybook package, with a rerun of the 1987 Comic Book “Leonardo Meets Usagi Yojimbo in Turtle Soup and Rabbit Stew,” and the 1989 Comic Book “The Treaty.” 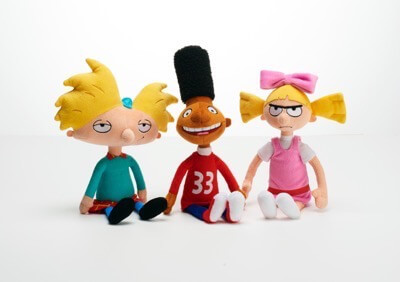 Hey Arnold! is back! The collectibles fans have been waiting for since the ’90s are finally here with the Hey Arnold! Bean Plush friends.  Now you can bring home Arnold, Gerald and Helga, the coolest kids from P.S. 118, and introduce them to your own cool kid. Each of these 8″ plush characters is made with super-soft fabrics and is great for taking on the go and displaying for all to see. Perfect for both kids and collectors alike. Each plush sold separately.  $10/each, ages 3+ 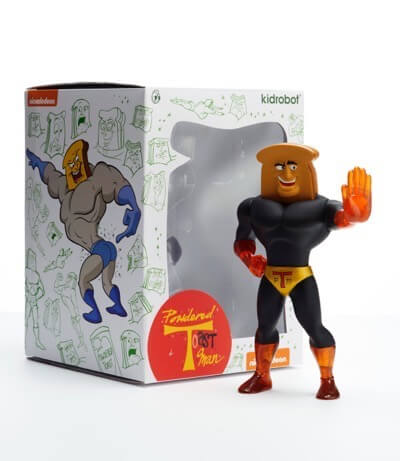 Who is this stranger from another land? Why does he walk among mortal men? What is his mission? Where can we get a pair of undershorts like his? Who is this man of toast?! Nickelodeon and Kidrobot team up to present the Powdered Toast Man Medium Figure. From the ‘90s hit The Ren & Stimpy Show and standing 8” tall, this figure is chalked full of tenacious butt clinging action. Collect yours today because he’s toast-a-ric! 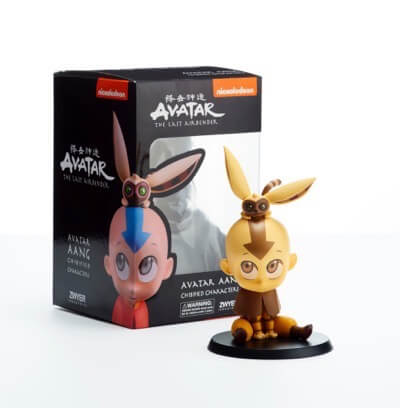 Set against a Teenage Mutant Ninja Turtles New York cityscape, fans can purchase a t-shirt from the retail shop and customize it on the spot with characters and art from their choice of seven fan-favorite Nick shows: SpongeBob SquarePants, TMNT, Hey Arnold!, Rocko’s Modern Life, The Loud House, Rugrats and Danny Phantom.