It’s been a few years since I last attended Comic Con and it was fun to be back with the old crew. Not too much has changed, except for the new online autograph lottery system. Although I wound up on the receiving end of a Charlie Brown rock, we still had a great time and even managed to attend a few signings. For the first time, Mike the Fanboy and I were able to attend a lot of the off-site events and let me tell you, they were a blast!

I really enjoyed the Project Blue Book experience and will definitely be tuning in for the new series which centers on the real-life U.S. Air Force investigations into UFO related phenomena from 1947 to 1970. As a huge X-Files fan, this is a must see. The experience itself was pretty amazing. We were taken through an interview process where military personal took our officially statements into whatever crazy story we had to tell them. A few hours later you were able to pick up a sketch of what you had detailed, which was a great idea. The best part was sending a personal message into space. We were told this was 100% for real so I made sure to send a positive message. Who knows – maybe some alien race will read it and come visit! 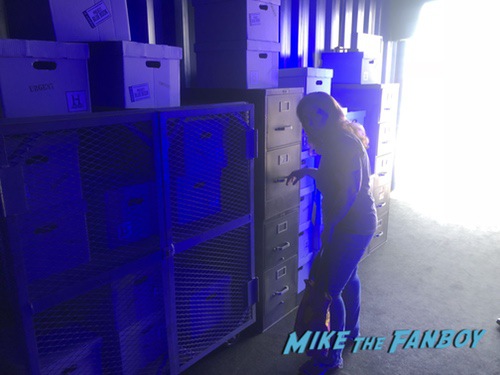 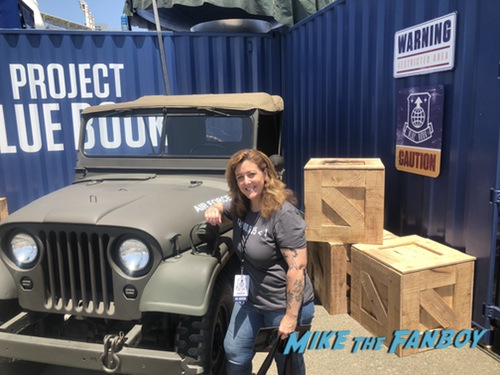 Next up was the Ready Player One experience. As someone who knew nothing about the book, but saw and absolutely loved the movie, this was a must see. They did an amazing job creating this experience which included mirrored hallways, an arcade, a reproduction of hotel from The Shining, 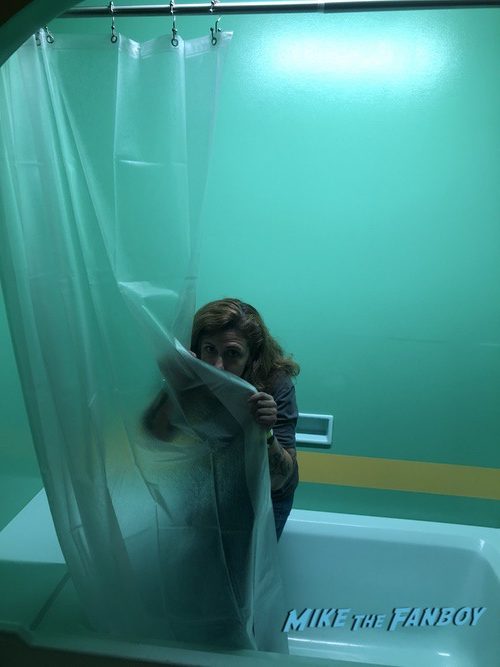 and a mini escape room recreation of James Halliday’s bunker. 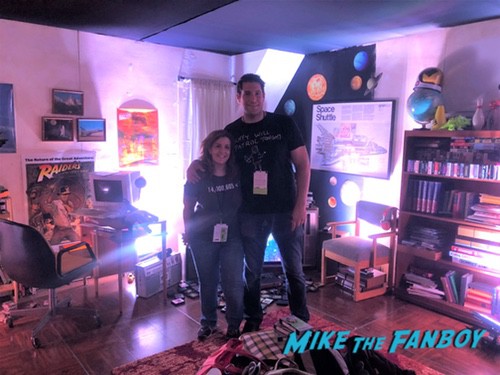 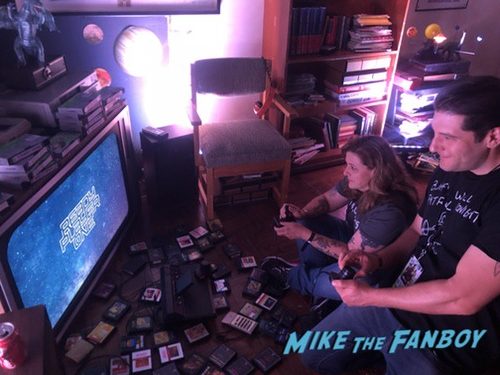 This one was a lot of fun and I give Mike and me full credit for getting through the escape room with 6 seconds to spare. Our team mates, albeit nice, were useless. I also got my favorite photo of the entire convention here – Mike and I imitating the creepy twins from The Shining. I mean how often do you get the chance to do that? 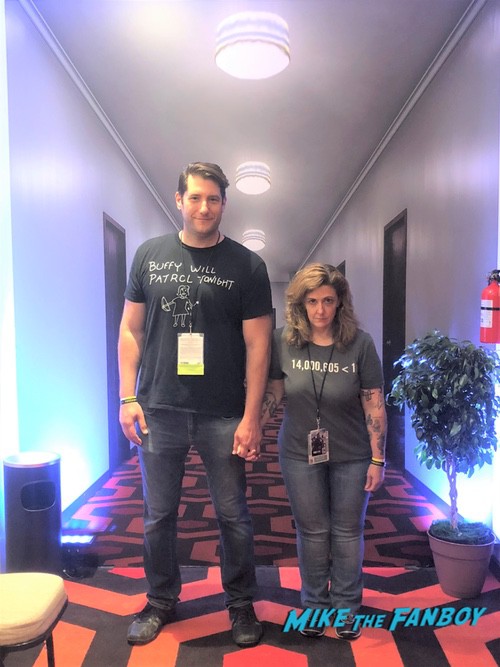 Then it was on to the Mr. Mercedes Virtual Reality experience. This one was much more intricate. I downloaded the app and we took our time with each of the 10 clues. This was truly an interactive experience and very cool – a tad creepy too and if you’ve seen the show, it’s perfectly fitting. 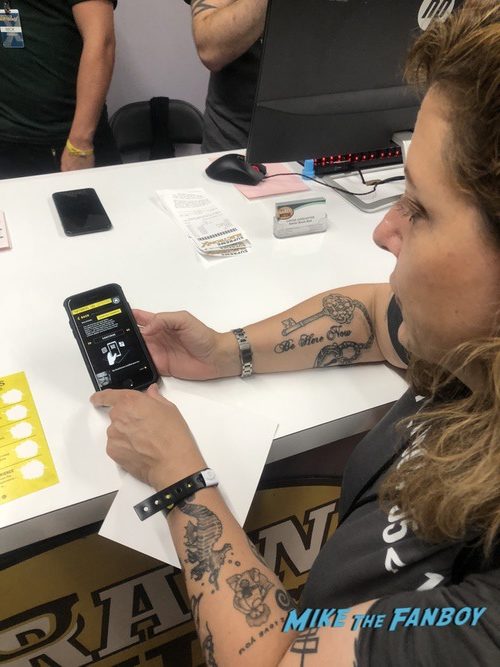 The end of the “tour” was the best part. That had a replica of Detective Hodges’ basement lair. They had several real props from the set which was super cool. We also got Power aide and Red Bull shots in promo hypodermic needles – that was a fun, and much needed boost! 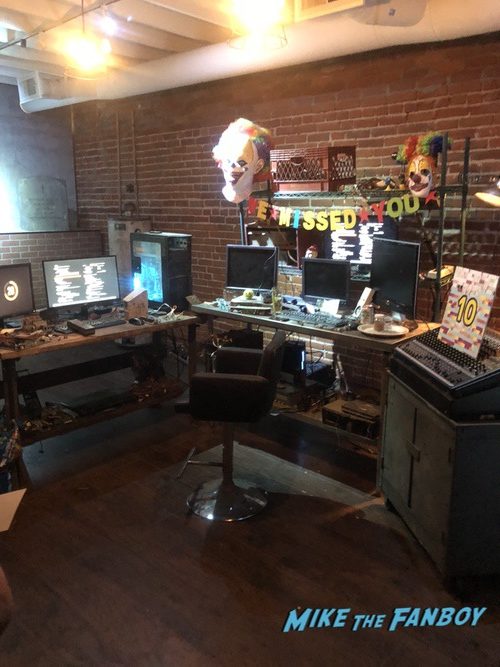 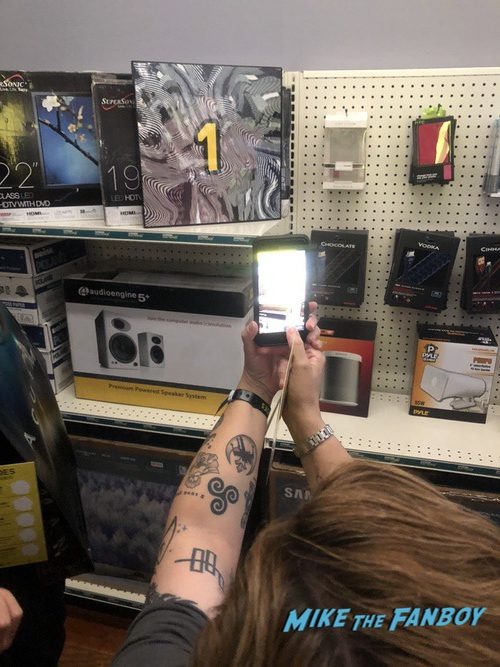 On our way to get another off site experience, we stopped in to check out the Star Trek Discovery display. I’ll admit, I haven’t seen the newest show in the franchise, but the props and costumes on exhibit made me want to ASAP! 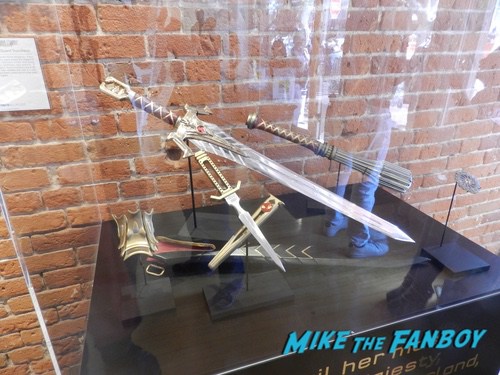 The detail and quality were amazing and there was a prop transportation bridge where we got some funs photos where I struck my best and most serious Star Trek pose. 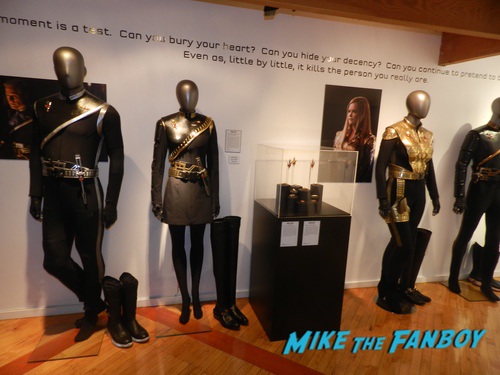 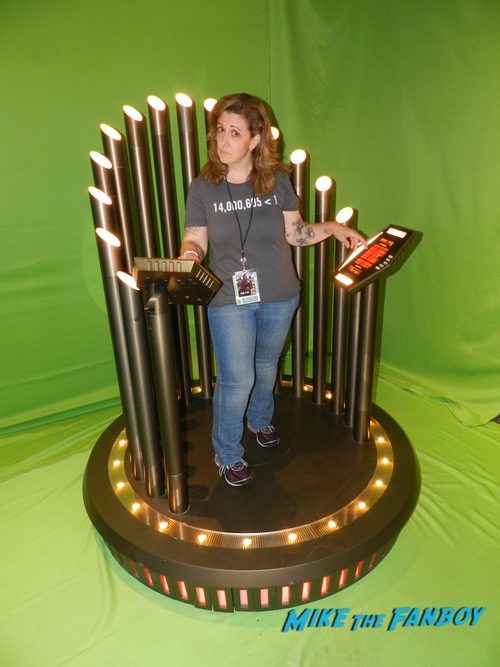 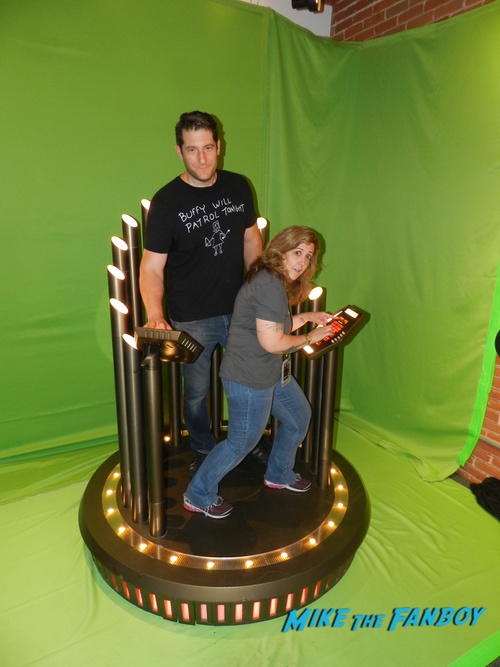 Lastly, we got an exclusive look into the Deadpool Dream Suite. This replica of Wade’s apartment had some many little details from the movies. The framed photo of Betty White and the plush Wolverine hanging by a noose were my favorites. 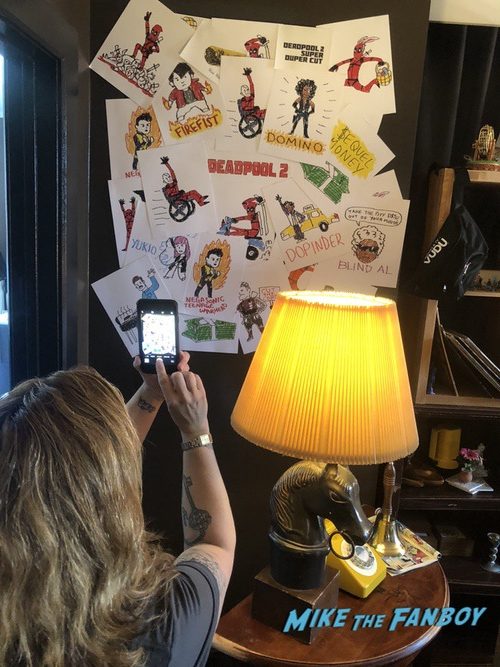 Thanks to Twentieth Century Fox Home Entertainment and Vudu who picked one lucky grand prize winner who spent the night. Original Wade paintings, crayon drawings, the clapper, and a selection of VHS tapes – who wouldn’t want to stay there? 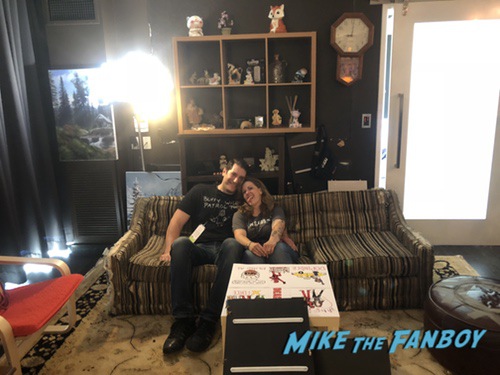 Back on the convention floor I braved the usual bad smells (I’m unfortunately armpit height to most people), crowds, massive baby strollers, and noise. For a convention floor comprised mostly of items to look at and take photos of, there are a lot of people yelling, “you can’t stand there, you have to move,” constantly. This year was a lot of fun, for sure, and I enjoyed being there after a two year break. Here’s to SDCC 2019!! 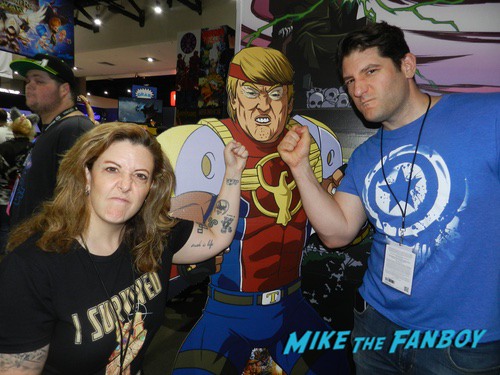 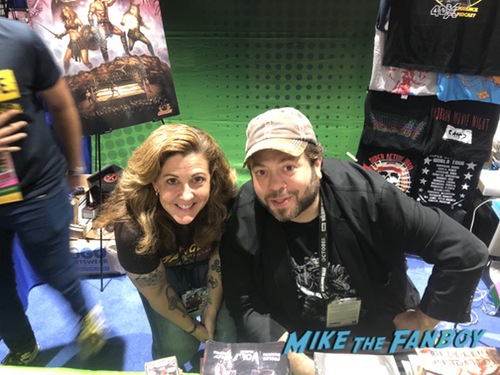