I love the Wachowski’s, I love Bound, I love The Matrix, and when I saw Cloud Atlas was coming, I was like… Yes… and I still haven’t seen it… Doh! Anyway, that’s why we have Suddenly Susan in the house!

In this installment of Seen It! Susan takes a crack at the three hour odyssey of Cloud Atlas and says, “You need to see it!”

In a word – trippy

Cloud Atlas is not a film for everyone. In fact, it’s not a film for a lot of people. It would take as much time to explain it, as the film’s run time of 168 minutes. Still, I’m a fan; a big one. It’s visually stunning, so if you are thinking about seeing it, do yourself a favor and catch it on the big screen before it’s gone. Otherwise, you’ll be watching it on TBS in about two weeks. It’s sad, but true. This won’t be the critically acclaimed or blockbuster hit Warner Bros was hoping. Too bad, because Cloud Atlas has plenty to offer and is undeserving of being a box-office flop. 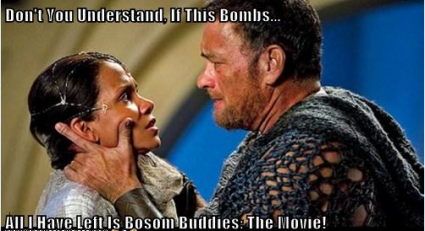 Based on David Mitchell’s 2004 novel, Cloud Atlas weaves together six stories that range in place and time from a South Pacific voyage in 1849 to a post apocalyptic future set 106 years after “the fall.” It explores how the actions and consequences of individual lives impact one another throughout the past, present, and future. The primary theme of Cloud Atlas is our connection to each other, with the film’s signature quote, “Our lives our not our own. We are bound to others.” Killers become heroes; single act of kindness helps inspire a revolution in the future. Dreamy and realistic, funny and violent, inspiring and crushing, Cloud Atlas is an emotional rainbow that leaves the audience in awe. It takes a bit getting used to the flow of these changing stories, but well worth the wait. 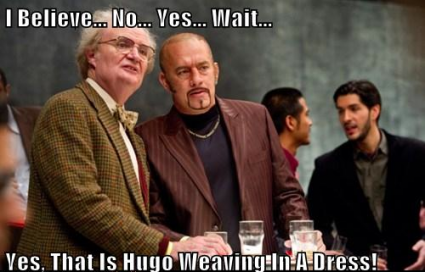 It’s a philosophical spectacle with an equally spectacular cast. The film’s most unique feature that the protagonists of each story are the same person reincarnated over time, and thus played by the same actor, is also its biggest flaw. I admire the gum shun, and what actor wouldn’t love to play different races, ages, and even sexes in the same movie? Unfortunately, the makeup wasn’t convincing enough to make it believable. In fact, I found it distracting and slightly confusing at times. Still, I admire the effort. It’s committed and it dares to be different. If you do venture to see it, stay tuned for the credits, as there is a roll call that matches the actor to all the faces. There’s one story serving as the “comic relief” and Jim Broadbent is a standout. His performance will make the most pessimistic movie goer smile. I would love to see him rewarded with a Supporting Actor nomination, but that seems unlikely. Still, Cloud Atlas should get a few technical/artistic noms, and it more than deserves them. 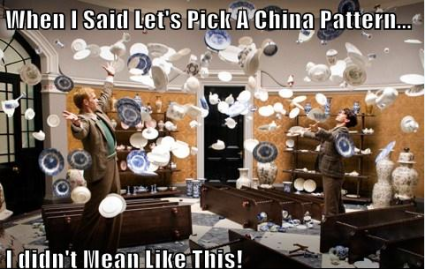 All of those minors flaws aside, this is a stunning and imaginative film. Few movies can truly be called unique. This is one can.