There are many movies I need to catch up on, but one of them is most definitely Argo! I figure there will be a screening or two that will pop up in the future. In the meantime Susan says, stop what you’re doing and check out the film directed by Mr. Jennifer Garner!

I won’t talk too much, but this movie is slowly climbing up my list of movies that I have to see!

In a word – Brilliant

Based on true events, Argo chronicles the covert operation to rescue six Americans, which unfolded behind the scenes of the Iran hostage crisis. On November 4, 1979, the Iranian revolution reached a boiling point, with militants storming the U.S. embassy, taking 52 Americans hostage. Amidst the chaos, six Americans manage to escape, finding refuge in the Canadian ambassador’s home. It’s only a matter of time before they are found out, promptly tortured, and killed. So, the CIA calls upon a specialist named Tony Mendez (Ben Affleck) to formulate a risky and unbelievable plan to get them safely out of the country.
Argo currently has the highest rating this year on Rotten Tomatoes, and rightly so. No longer shall its director be known as Mr. Jennifer Garner, oh no. Mr. Ben Affleck has just propelled himself onto the list of A-list directors. Argo is a finely crafted, tense, taut thriller with moments of dark comedy mixed with Hollywood satire and nostalgia. From the opening Warner Brothers 1970’s logo, to the slow pan concluding scene, Argo scores on every level. 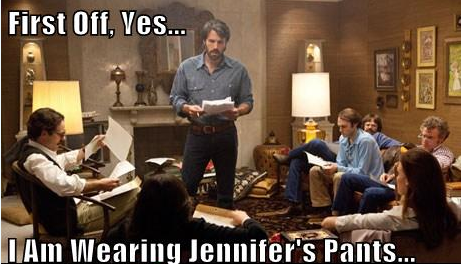 The ensemble cast (far too many too mention) is top notch. The only misstep is having cast Affleck in the lead role. Don’t get me wrong, he’s not bad, in fact it’s one of his finer performances in my opinion. However, most of his scenes are opposite Alan Arkin, Bryan Cranston and John Goodman and it becomes obvious that his acting chops just aren’t up to par. He does, however, know how to set the tone. Using deliberately grainy film stock and muted colors Affleck effortlessly and subtly captures the stylistic cues he needs without over emphasizing. 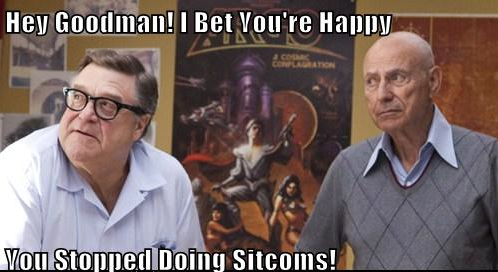 Affleck gracefully and powerfully unfolds the humanity of the characters in peril, as well as those trying so desperately to save them. He may have just missed getting official accolades for his previous two films, but Argo serves as final proof that Affleck-as-director is the real deal. There’s a confidence that shows through and Argo should garner (sorry, I had to do it) some major awards glory. It would be an absolute crime if Affleck himself were passed over for a directing nomination. 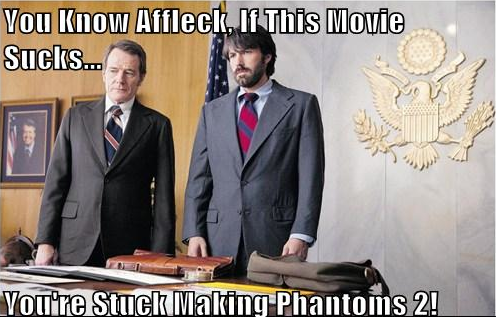 This close-to-flawless thriller entertains as much as it emotionally punches. I literally had marks on my thighs from having pressed my nails into them during the film’s intense conclusion. Do yourself a favor and see this movie, but do yourself a bigger one by not researching the actual events beforehand. You’ll get much more enjoyment out of it, trust me.