For this installment of Seen It! Suddenly Susan is taking The Master for a spin. Now, I’m going to just say it… I am not a Paul Thomas Anderson fan. Flame away. I just think he kind of… Indulges himself a tad too much. The man needs an editor, and if I hear that milkshake monologue one more time I’m gouging out someone’s eyes.

Yes, I said hear, and eyes… It makes sense to me.

Susan loved The Master however, so all out PTA fans, blame me.

In a word – masterful

Once I tell people I’ve seen The Master, the immediate response is, how is it? Or, is it good? It is so difficult to answer with just a yes or a no. It’s undoubtedly the work of Paul Thomas Anderson. His signature style flows through every second on screen. If you weren’t a fan of “There Will Be Blood”, then you’re not going to think much more of “The Master”. The film looks incredible and it showcases a brilliant performance by Philip Seymour Hoffman and in my opinion, a career defining one by Joaquin Phoenix. The movie itself however falls short of being Anderson’s, or even one of the year’s best, but it’s still a solid achievement. 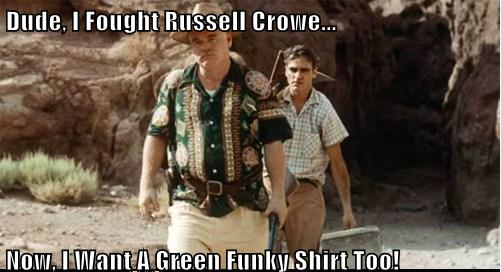 Phoenix plays Freddie Quell, a troubled Navy veteran who returns from a World War II not quite right in the head. It’s not the horrors of war that made Freddie unstable. He’s got some demons that go way back, as we will learn through his “processing sessions”. Freddie’s having trouble finding his place in the world, along with a need to fuel his constant state of inebriation. He’ll drink anything he can get his hands on, including dangerous liquids he finds in the medicine cabinet or tool shed (and previously out of Naval torpedoes). He’s prone to major mood swings and violence, which of course spell disaster for his relationships with women and places of employment.

He winds up a stowaway on a luxurious yacht, where he apparently causes quite a ruckus before passing up. He awakes to meet Lancaster Dodd (Philip Seymour Hoffman), the charming and intriguing leader of The Cause, a cult like movement. Do I even need to say that its basis and teachings parallel those of Scientology? Dodd takes an immediate liking to Freddie who is clearly in need of some sort of guidance. Dodd invites him to stay with his family, which includes his (third) wife, Peggy played by Amy Adams, despondent son, and devoted daughter. 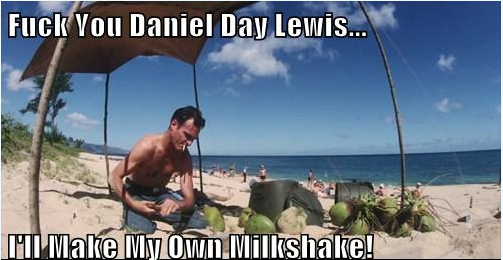 Individual scenes in “The Master” are fascinating and brilliant and more intense than any action thriller out there. Take for instance when Freddie is “processed” by Dodd. He is asked a series of powerful questions and is not allowed to blink, as he answers simply “yes” or “no”. I found myself unable to blink, so engrossed in if he was going to utter two or three syllables. Phoenix takes these moments to a new level of realism. When compounded with his gangly physical transformation, oddly hunched walk, and slurred speech, Phoenix gives a layered performance that would wow even Brando.

Dodd is an intelligent and equally unstable individual, though he’s able to hide it well, with his true self creeping out briefly and without witness. Hoffman plays Dodd to a fascinating tee. Perhaps the reason why he and Freddie as so drawn to each other is that they are both masking their true selves; Freddie through alcohol and Dodd through his believers. 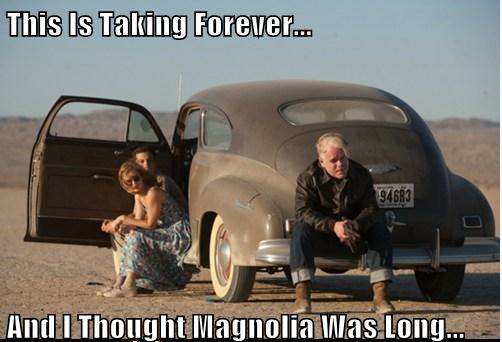 The film itself may falter from time to time, but the actors do not. See it for the performances. They are worth the price of admission alone. If you’re looking for a narrative story that outlines the creation of Scientology, you won’t find it here. This is a story about relationships and the emptiness we sometimes carry. How we choose to fill that emptiness is a journey and in this case, it belongs to Freddie.