Home / Suddenly Susan / Seen It! Suddenly Susan Says The Possession Is Flatter Than A Pancake Under A Boulder! Not Even Jeffrey Dean Morgan Can Save This Mess!

Suddenly Susan is out and about on the movie trail! And let me tell you, Suddenly Susan loves film! She also loves her Aussie men but that’s a column for another time!

In our new MTF Column, Suddenly Susan is taking you to the forefront of cinema and telling it like it is! Bad dialogue, oh yeah Susan is going to call you out… Whether she loves Jeffrey Dean Morgan or not!

You heard that right! Susan has her eyes fixed on The Possession and if the statement, “His acting was flatter than a pancake under a boulder with a fat guy sitting on it” doesn’t get your ears perked up nothing will!

Check out the first installment of Seen It! after the jump!!

In a word – disappointing

During a time where we have been bombarded with amateur “scary” movies, I expected more from a film produced by Sam Raimi. The clichés abound, but the scares lack substance in this uninspiring installment to the genre. Newly divorced after a lengthy separation, Clyde Brenek, played adequately by Jeffrey Dean Morgan, is settling into his brand new home in a brand new residential development. His two daughters, Hannah and Em (short for Emily) are none too thrilled with their new weekend digs with Dad. Clyde tries to rally the troops and orders pizza for dinner against Mom’s wishes. The next day while driving past a yard sale, the older teen says bluntly, “Dad, you need dishes”. Here’s a prime example of the flat, boring dialogue throughout the script. Apparently Dad, who just bought a new house, built from the ground up, can’t afford some new plates from Target. Why not have her just say, “hey dad, can we stop and look?” At the very least, it’s more realistic. 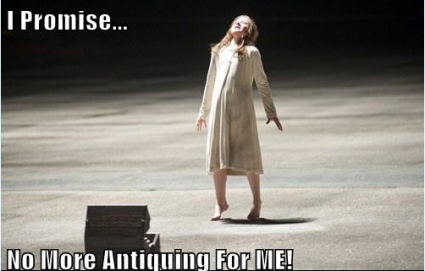 So, the younger daughter Em, with a solid performance by Natasha Calis, asks Daddy to buy for her a strange looking, alluring wooden box with odd carvings. We already know from the open scene that this will mean bad news, but off to the new house it goes.

Between arguments with his ex-wife, played by Kyra Sedgwick, who unfortunately seems to be there only for a paycheck, and getting the cold shoulder from his moody teenage daughter, strange things begin to happen. Em’s mood seems to change when she’s around the box and her behavior grows increasingly sinister, escalating to violent. CGI moths, computer generated voices, rotting teeth, and lots of wind fill in the next hour, but I found none of it to be truly frightening. I can’t even recall one jump out of your seat moment. The best effect in the entire movie, where two fingers are crawling up the back of the young girl’s throat, is spoiled by having it in the trailer. 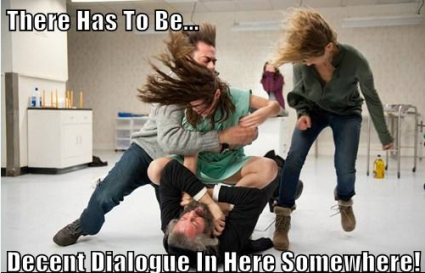 I also cared little to not at all for the characters. The apparent reason for the divorce is that Clyde was hardly around and too focused on his career, proven to us by a missed recital because he had a late coaching practice. Are high school basketball coaches really that busy? Em looms about with her head down, eyeballs up, complete with dark circles under them. She looks more like Chloe Moretz’s stand-in from “Let Me In” than anything truly menacing. The usually charming Jeffrey Dean Morgan is made to mope around, looking puppy eyed, while Kyra Sedgwick badgers him constantly about his poor parenting style. Lastly, there’s Mom’s new boyfriend, played by original Melrose Place cast member Grant Show. His acting was flatter than a pancake under a boulder with a fat guy sitting on it. 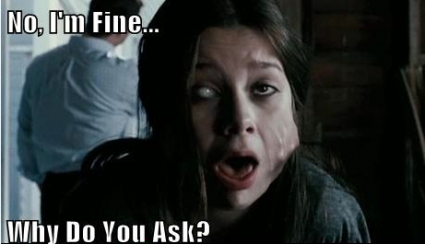 “Based on a true story” seems to be the hook movie studios look for when marketing such a film. This one comes from a supposedly “true” story about an allegedly haunted Dybbuk box, said to contain an ancient Jewish evil or demon. Are Jewish demons scarier than Christian ones? Who knew that the underworld separated religious sects and assigned their malevolent beings accordingly? I hope the real story is more compelling.
It certainly couldn’t be duller.