I was called out for my love of Sex and the City yesterday which made me want to do this flashback Friday.  let’s just say that Sex and the City is one of the best series ever to hit the airwaves. The chemistry between the four women is amazing and I love it. LOVE!

I met Kim Cattrall only once and she was so wonderful. It’s was like seeing Samantha Jones in person. I wish I had gotten her on a Big Trouble In Little China Piece as well. Sigh… She’s been in so many good movies!

Check out this weeks Throwback Thursday below!

This is the most random day; I mean literally I have been bouncing around the city. I was supposed to take my friend to the airport and then she and I were talking, I dropped her off, and then I got a text from Erica. Kim Cattrall is doing a rare appearance to promote her new movie, Meet Monica Velour. So, I dropped my friend off at the airport in Burbank and headed down to the taping of Extra with Mario Lopez. Hopefully,
I’ll be able to meet her! I’ve been a huge fan since the 1980’s! Big Trouble In Little China! Mannequin! Police Academy! But I mean really… Sex and the City… genius!
Anyway, thank the Lord; I carry my Sex and the City magazine everywhere! LOL… I’m such a dork, but sometimes it works out well!

1:42 p.m. – I just arrived, and it’s insane! A lot of tourists are here and crowding around, I mean it’s literally five people deep, and people keep asking me “who’s here!” Ugh…

1:49 p.m. – Everyone keeps saying that Kim Cattrall should arrive any second. Security is clearing a path for her, so I’m assuming that she will arrive shortly.

1:53 p.m. – Oh… and there she is! Oh my Lord! Kim Cattrall looks amazing. I can’t believe that Samantha Jones is here in front of me! Or for that matter Gracie Law! God, Big Trouble in Little China is an amazing movie! 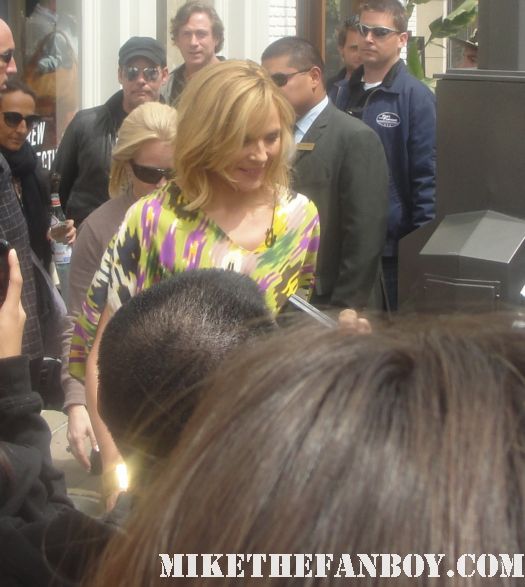 1:56 p.m. – They totally rushed Kim Cattrall right up on that stage! It looks like she is having a great time though. 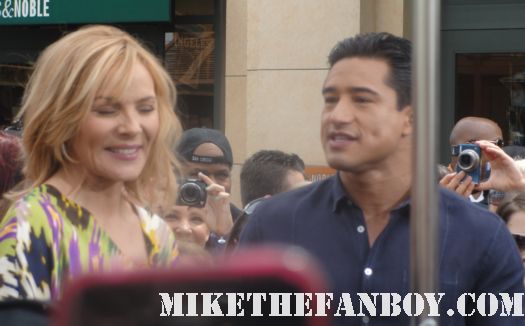 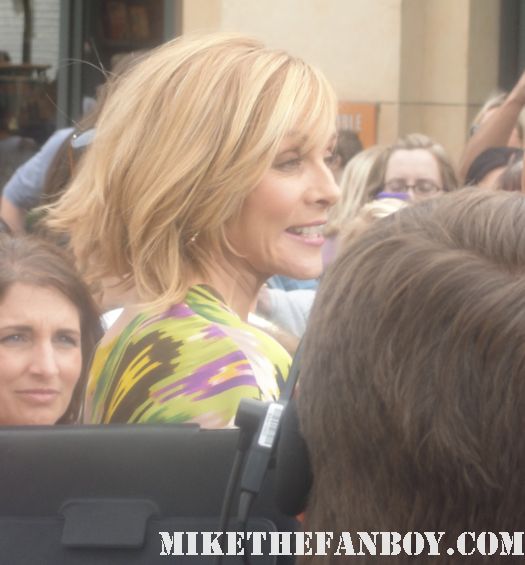 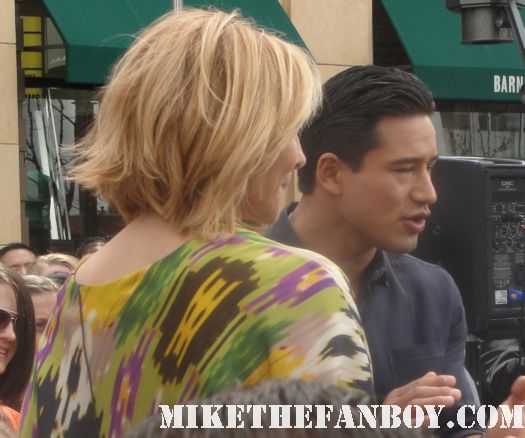 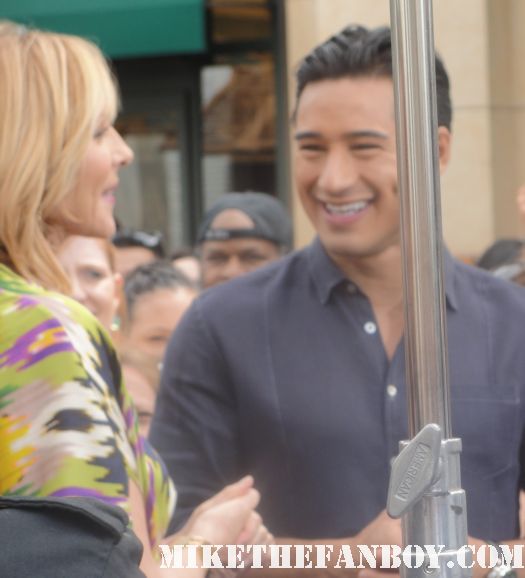 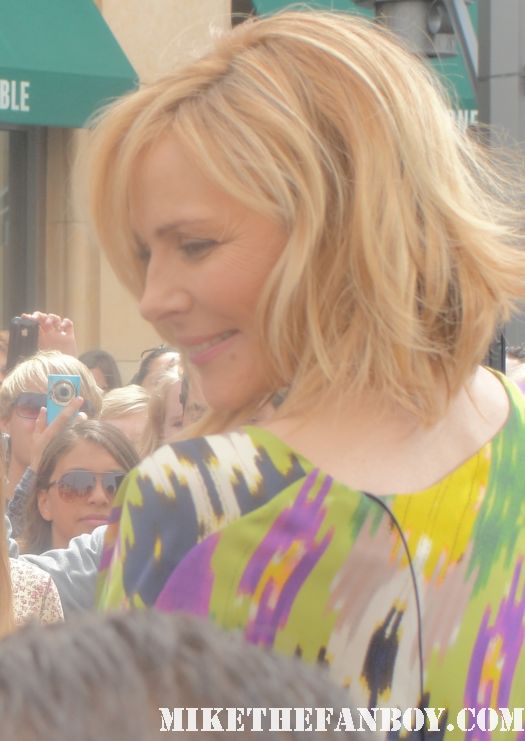 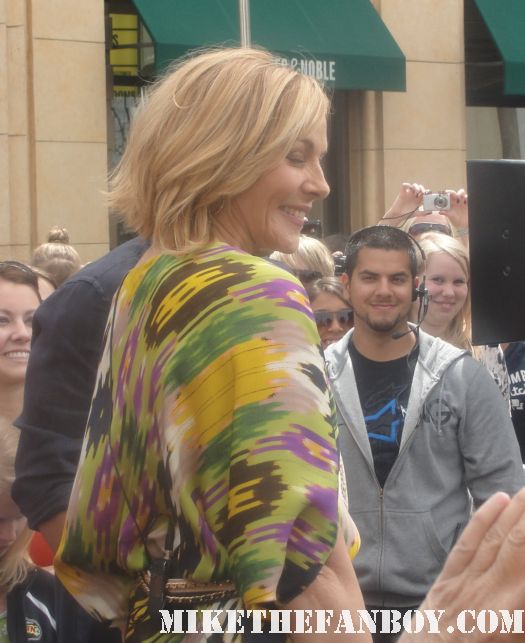 2:11 p.m. – They are rushing Kim Cattrall right off the stage. She is so sweet though. She stopped to sign a DVD for one guy, and again another photo for another guy. I’m right at the end, and I have my magazine out. Samantha Jones is passing me right now. Dying. I asked Kim if she would mind signing. She says, “Sure.” I asked her to make it to Mike, and she stopped and was taking a few seconds to sign. I then told her… Well, I fanned out… lol… I was Ms. Cattrall I have to tell you I have loved you for years; I’ve been such a huge fan! And she was “Oh, thank you so much!” I was, “Oh no, thank you!” She grabbed my arm and said, “Go see the new movie honey; it’s at the Laemmle Sunset 5, starting tomorrow!” I was like sure, I heard great things!

That was such a Samantha Jones moment… Just the way she said it, was just like Samantha Jones. Again, having a moment with someone you really like, is just such a cool thing. And that was my Kim Cattrall moment! Sigh… I’m in heaven!