Random days in Hollywood… I always wonder sometimes why things become so difficult when there’s only a few people, no pushing, that should be super easy right? RIGHT!?

Well, Suddenly Susan put on her shit kickers, grabbed her Luke Bryan magazine, her Josh Duhamel photo and was off…

Check out the crazy story about Faux Fan Pits, Makeshift signs and more!

Hoo boy – did I have to put the work in on this one. I learned Luke Bryan was performing an outdoor concert for a talk show. Who is Luke Bryan? He’s a 6’3 hunk of country goodness, that’s’ who he is! Josh Duhamel was also a guest so I thought – win, win!

I left work early and arrived around 4pm. To my surprise, there were only 3 other people waiting. Luke had just arrived and waved to us as he walked inside. He knows we’re here and he seemed friendly, so this should go well. Apparently Josh was inside hours earlier, as he was shooting a pre-taped segment for the show.

Several people (all women wearing cowboy boots, or as my Mom would have called them, shit-kickers) came and went. At one point we were up to 14 people, then back down to about 9. Around 6pm, we almost missed Josh leave, as he walked out wearing a backwards baseball cap and jogging pants. This was a far cry from the suit and tie he arrived waving.

Luckily, one person was paying attention and called out to him. He came over and signed rather briskly. A paparazzo was asking the usual idiotic questions, one about actors and therapy. He did so right as I asked Josh to make it out to Susan, which he didn’t hear and kept going down the line. 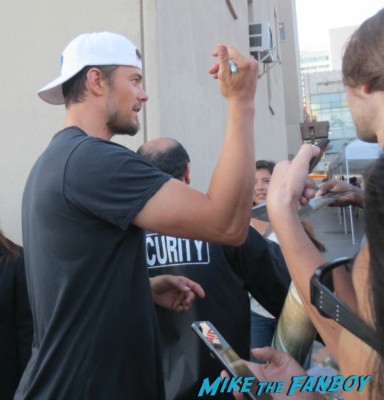 All he said to the pap, was a very confused, “what?!” A woman there asked Josh about 5 times if she could get a photo with him, which he completed ignored. After signing one each, and he called out someone who went to the end of the line to get another, he turned to leave. 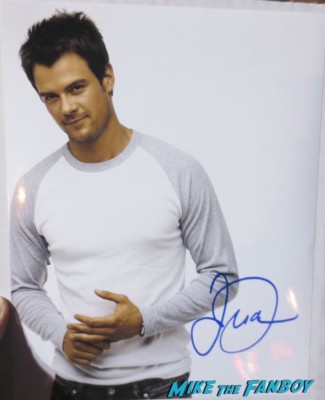 The same woman cried out, “Josh, pleeeeeeeeeease??????” He turned and came back saying, “how could I leave, you sounded so disappointed.” I was able to get a photo too, but it’s one of my worst. Ah, the self-portrait, my nemesis. 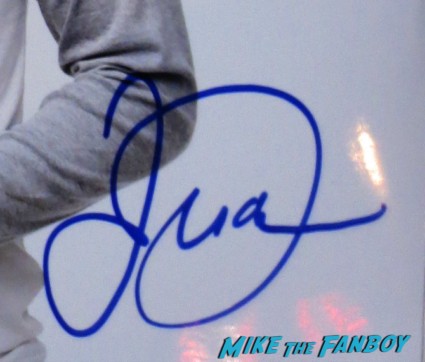 Shortly after, Luke walked over for sound check and we yelled and he waved and smiled again. We noticed the other side of the alley now had about 40 people standing, waiting, as if out of nowhere. Luke’s personal photographer was waiting at that end too, as were a few paps. The people waiting had no memorabilia, so we assumed they were just there for the concert. Well, they were. They were also selected to wait there for Luke on his way back from sound check. 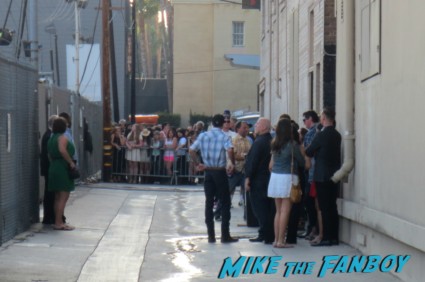 We quickly made a sign out of blue tape in hopes he would see us and realize we were real fans. 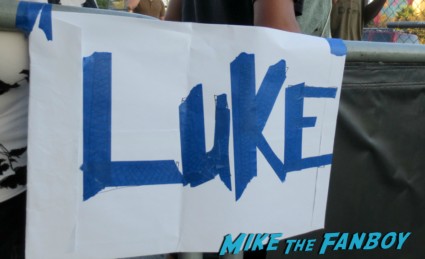 Sure enough, he stopped on his way back from sound check… on the other side… and signed!!!!!! Someone from that end later told us only 2 people actually had items for him. Everyone had their ticket signed, and by ticket, I mean paper printout of their confirmation. It made for some great publicity shots though. We yelled and screamed as he went back inside, but to no avail. A group of people were blocking the alley and our sign. The “fans” he signed for were then taken into the concert area. 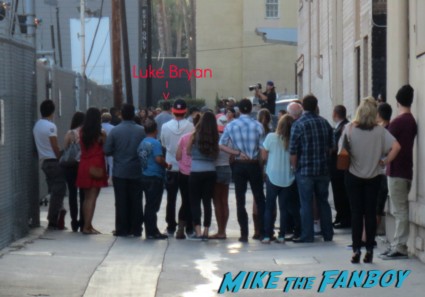 Around 7:30, Luke made his way to the stage as the 4 of us now, stood and yelled. We got another smile and wave, but that’s it. Sigh. 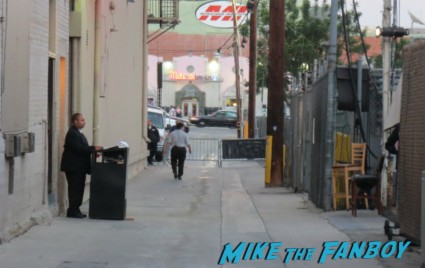 Our group decided to move to the other end of the alley, a decision I did not agree with by the way, but didn’t want wait alone. Around 8:15 the show was over and Luke headed off stage and inside. He passed within 10 feet of us and we yelled that we had been there for hours. You guessed it, smile/wave/diss number 5.

We quickly headed back to the barricade we were leaning on all day and of course they were now 40 people from the concert already waiting. 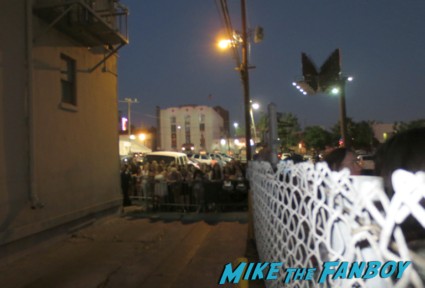 We opted for behind the fence as our best chance. There were a few young guys waiting next to me and one had a cowboy hat, so I hoped that would grab his attention. In total, there were about 80 people waiting. 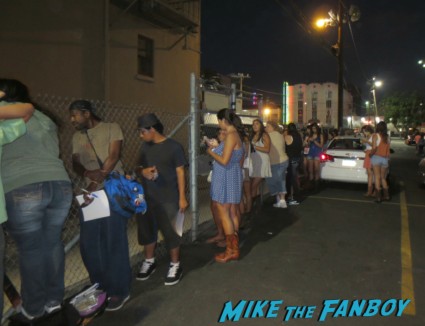 Around 9:15, Luke came out and walked down the alley. The hat worked and he came right over!! 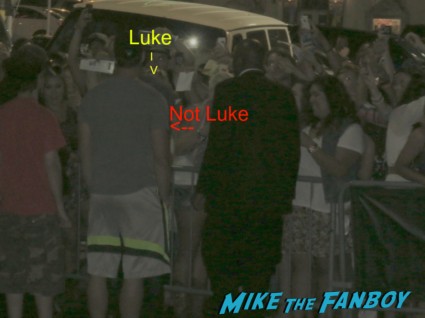 I can barely reach over that fence, but he grabbed my Sharpie through the chained link and signed my magazine. He asked if he could borrow my pen. Of course! 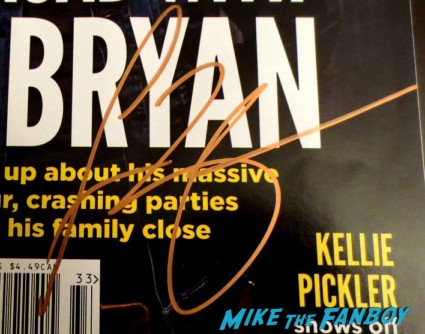 He signed down the fence and the front of the barricade as well, which had spilled into the side alley as well. He retuned my pen to on his way out. Nice manners Luke. Way to go! 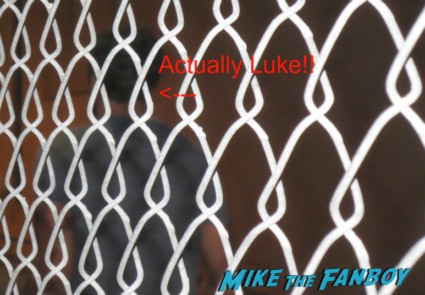 In summary, Luke Bryan does seem genuinely fan friendly; we were just having bad luck that day. It took 5 plus hours, but I got a pretty nice signature. Word to the wise, this man does NOT do photo ops. I often wonder if the future me could warn me that, yes, you’ll get the signature, but you’ll have to wait 5 hours, not get it personalized and not get a photo, would I still go? Good question. 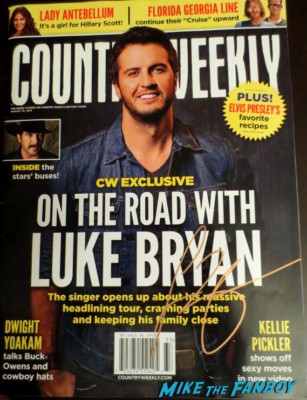