While author Cassandra Clare has mentioned this in passing…it’s now official!

Shadowhunters will be making its first con appearance at New York Comic Con in October!  While we’ve seen images from the Entertainment Weekly preview and from the cast on social media, this will be the first preview of footage of the show.

Shadowhunters is, of course, based on the publishing phenomenon The Mortal Instruments series which is the story of Clary Fray who learns that she’s a shadowhunter (part angel) and begins to fight the good fight against demons and evil.

(Yes, I’m excited about this one!)

ABC Family, who is making its first big splash at NYCC, is also bringing along its biggest show, Pretty Little Liars with all 5 of the liars (Troian Bellisario, Ashley Benson, Lucy Hale, Shay Mitchell and Sasha Pieterse). 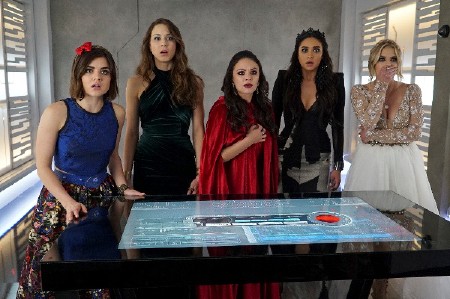 And ABC Family is bringing Stitchers which just completed its first season and is gearing up for season two. The full cast is coming so look for Emma Ishta, Kyle Harris, Ritesh Rajan, Allison Scagliotti, Damon Dayoub and Salli Richardson-Whitfield. 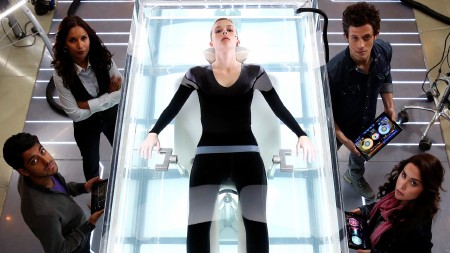 Look for all three shows on Saturday!

Online tickets for New York Comic Con are available for Thursday only. (You can still get in on Thursday and see the ABC Family booth which will have swag and some other activities.)

The only other chance to get tickets for NYCC (including Saturday tickets) is for people to attend the special sale at Midtown Comics. It’s a crazy day.  Last year, my friend got in line at dawn and it was a crazy zoo.  This is the nuclear option for tickets…

A few sites have suggested buying tickets from online ticket brokers or online auction houses — please be careful! NYCC badges have to be individually registered to the attendee and they have special microchips that tag the wearer each time they enter. Fakes will fail the scanner and, since every single badge is checked, fakes are caught.

Also, Star Wars Rebels will be previewing the new season at NYCC and Bryan Cranston and Seth Green are bringing Super Mansion. We still have several weeks to go, but NYCC is shaping up to be a lot of fun!