Okay, I’m a tad jealous… Really… I mean like… Grrrrr jealous… I have tried for Shakira like three times now and have never been able to meet her… Sigh… What can you do right? CB on the other hand had the good fortune of being able to go to Shakira’s star ceremony. I really wish I could have gone but alas I have to work. I work hard for the money, so hard for it honey… lol…

So, while I was slaving away CB was galavanting around trying to meet Shakira. I knew it was going to be crazy so in that respect I’m not that sad I wasn’t able to go. And you know as they say in any game, there will be another day!

Check out CB’s full report on Shakira’s Walk of Fame ceremony after the jump!

Man oh man, today i went out to meet a woman I’ve had a crush on since i first heard “Whenever, Wherever”, the sexy, talented, caring, generous,  drop dead gorgeous SHAKIRA! Oh, don’t get me started on Hips Don’t Lie because I’ve seen her in concert before and they don’t!  Now, I’m used to going after actors and actresses, but musicians are usually more difficult. Luckily, today Shakira was honored by the Hollywood Chamber of Commerce and is going to receive a star on the Hollywood walk of fame. 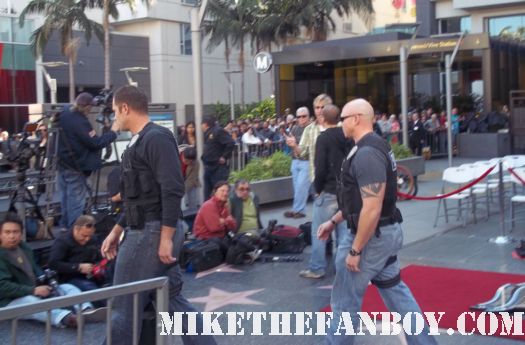 I was going to go because originally the Immortals premiere was scheduled for today, but got moved a day earlier. Luckily, i had my morning free and decided to make the effort and brave the crowds (and boy were they crowds). I only had my photo because many many moons ago I bought Laundry Service through one of those 16 Cd’s for a penny deal, but I couldn’t find it. I’m off to Hollywood and hoping for the best.

9:00: I arrive and see a crowd of about 40 people around the star. Nothing is set up and I just wait until security sets up the barricades. 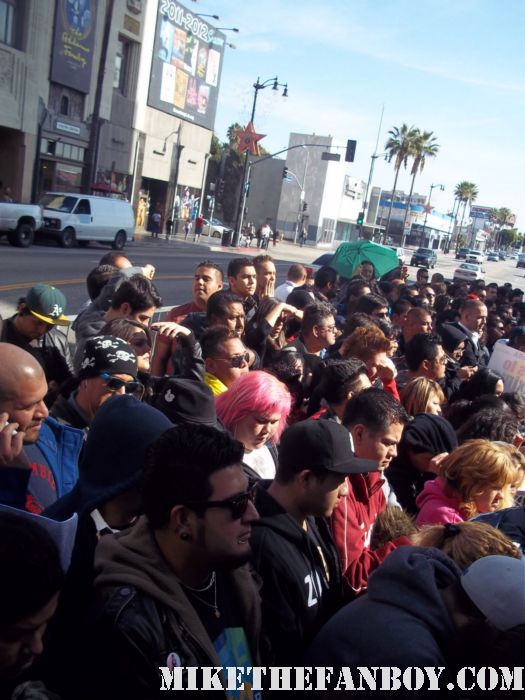 10:00: Its madness, there are 8 rows of people behind me and the event starts in about hour and half. 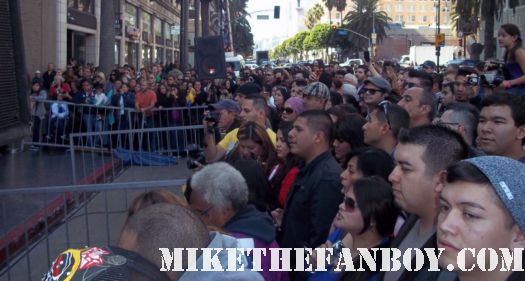 11:00: I spot armed COPS wearing bulletproof vests. This is a first for me. 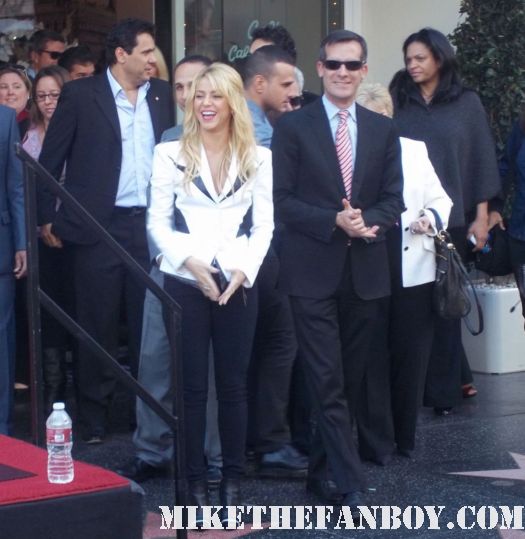 11:40: We just got told by someone who is working the event Shakira won’t be signing autographs…really?? DAMN IT! 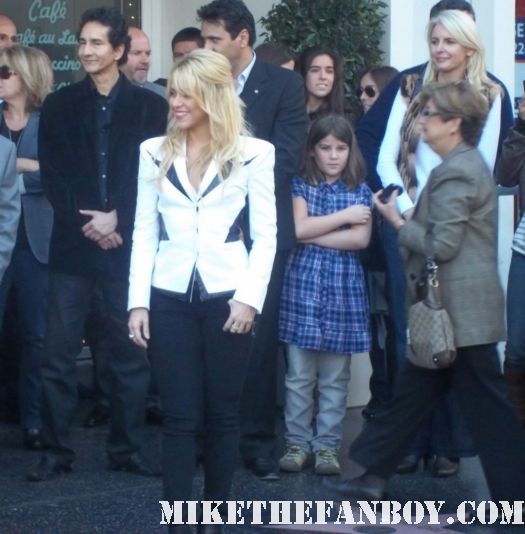 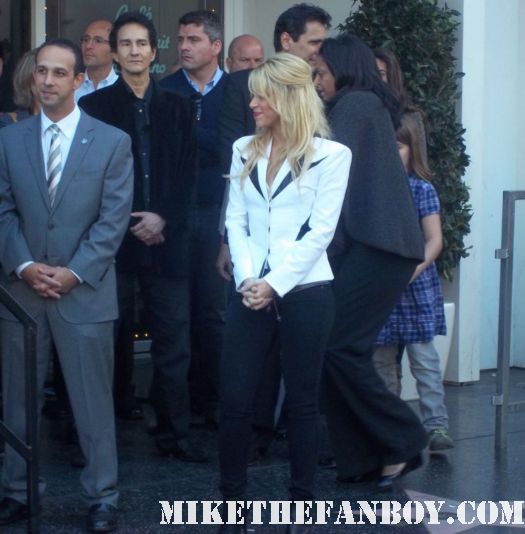 11:50: Finally the ceremony starts and she makes her way to the stage! 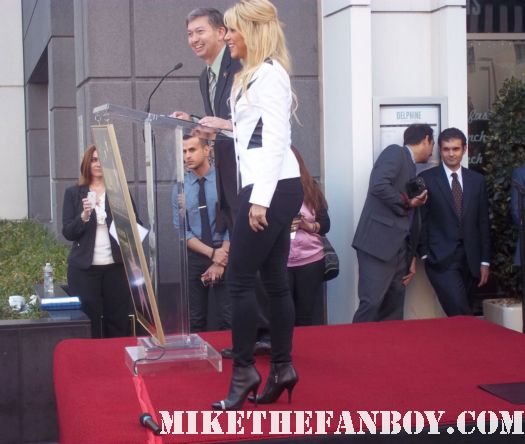 She looks amazing! She waves to the fans and gives a speech about her first time in Hollywood. Then they unveil the star and she poses for photos. 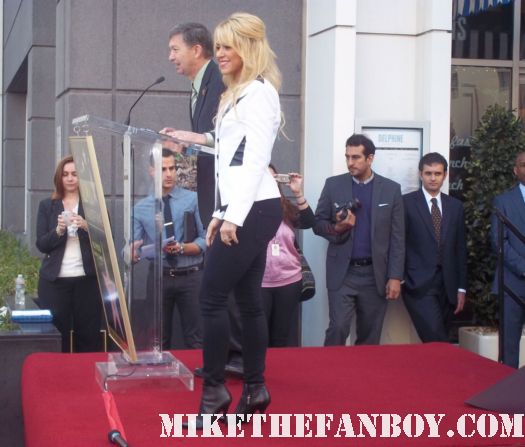 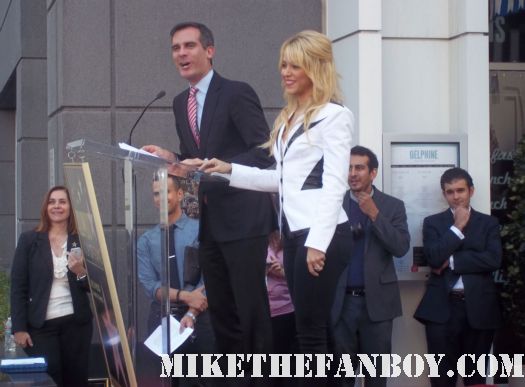 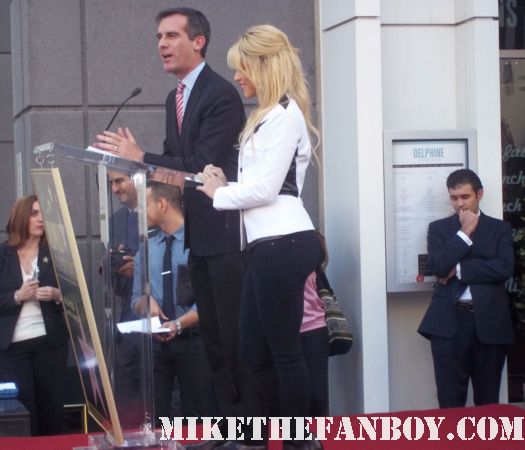 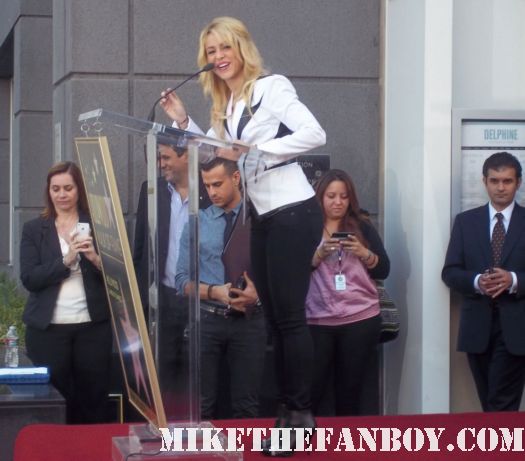 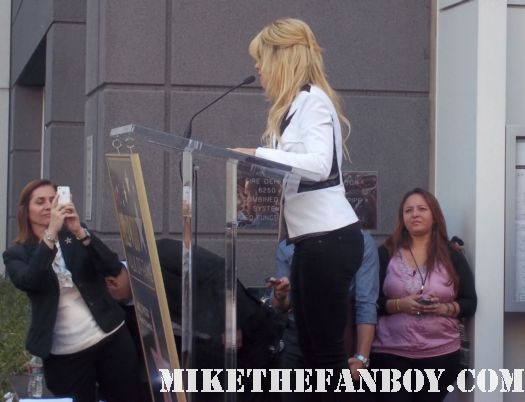 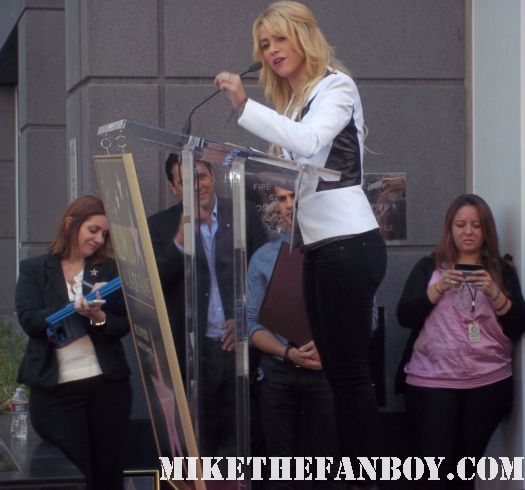 12:00: After photos, Shakira looks at us and we yell for her and she comes over…. 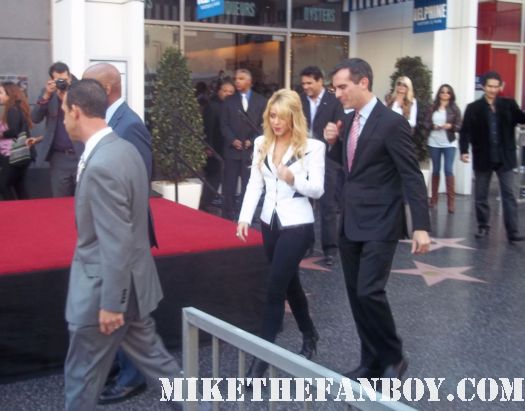 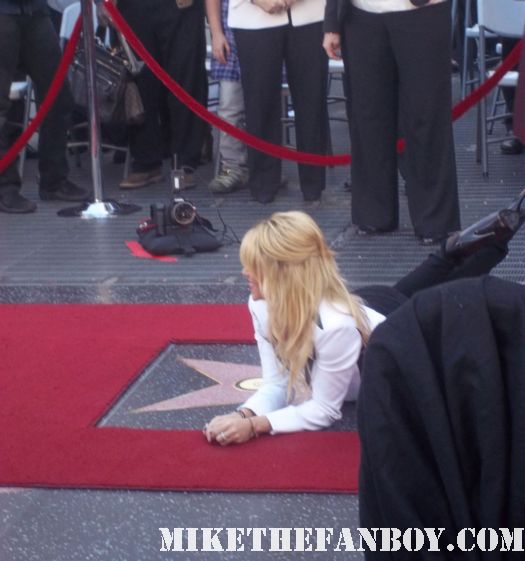 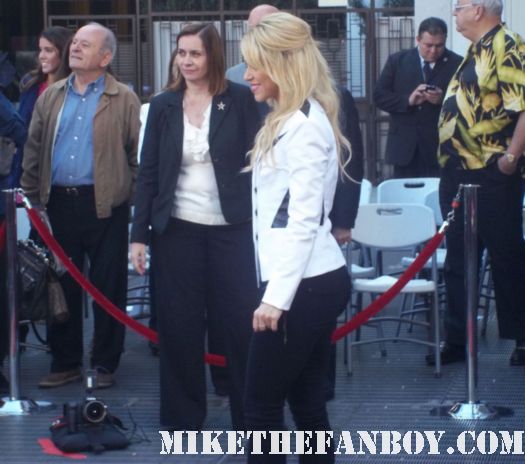 that is until the barricade topples over, and she steps back, signs three in my section(me and the two people next to me, keep in mine we are eight across on the barricade), then moves and goes to the next section. In every section she went, security had to hold the barricades up, but still she signed. Thats impressive considering the utter chaos! 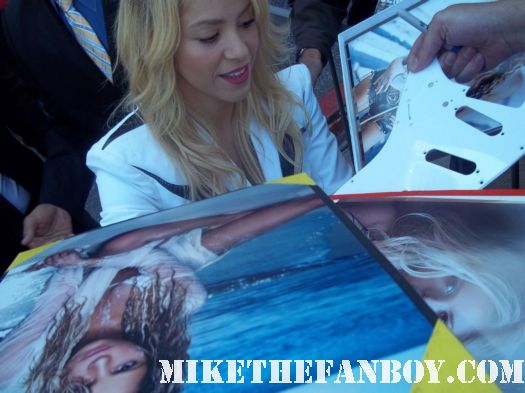 I’m very happy I got her, but it sucks some people didn’t get her. She didn’t go down the line by rather went to one section of the barricade and moved on to the next. Overall, great day! Take care everyone. 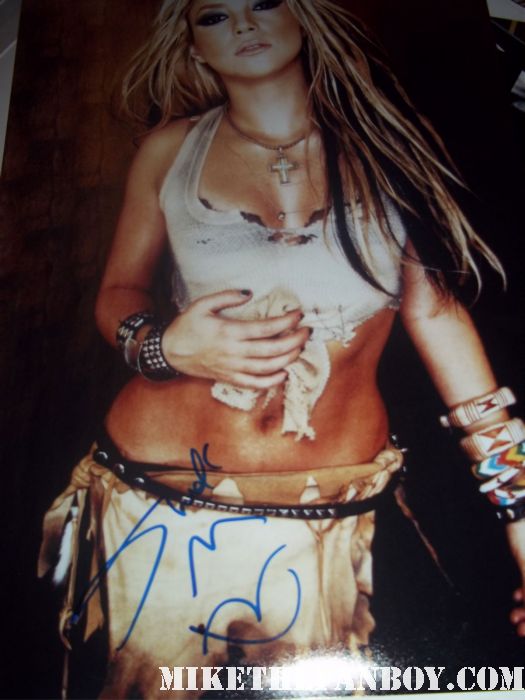