Home / NEWS / Showtime’s Penny Dreadful Interactive Window Display In The Heart Of Hollywood! Check It Out At The Roosevelt Hotel!

Showtime’s Penny Dreadful is a hit! Not just in the ratings, where the premiere on Sunday was a smash, but also in the hearts of fans. To celebrate the premiere of the series, Showtime has done an incredible display in the heart of Hollywood and also New York. 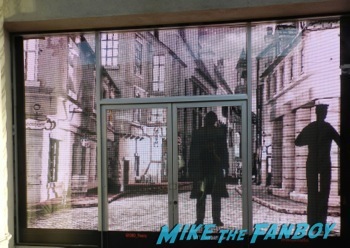 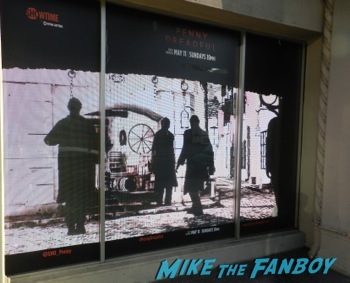 They are interactive window displays and were done by Jake Lee-High and Future Colossal. The windows (on display until May 18th at the Roosevelt) are really neat and use artificial intelligence to allow characters from the world of Penny Dreadful to interact with passersby. Lasers, which are precise enough to locate up to 50 people at a time tell the AI Penny Dreadful characters where to stop and look.

Honestly, it’s really something to see. 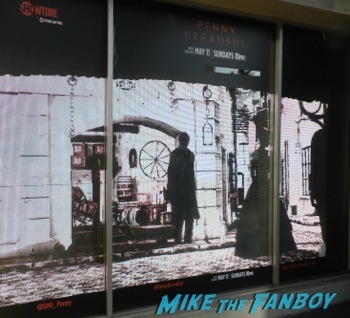 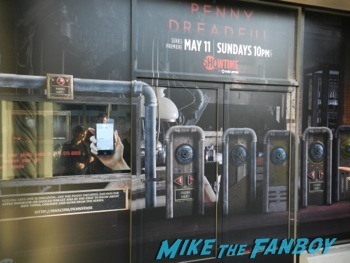 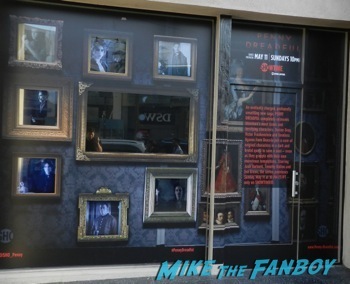 Vanessa and I headed down to check out the display and at least one of us made a new friend. 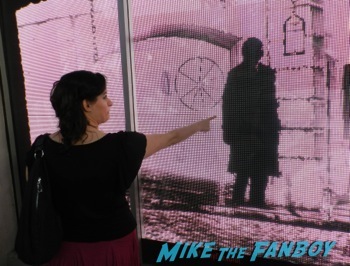 In talking with Jake, the man behind the curtain sort of speak, he showed us the computer set up used to create the display and the background images. This is the first display of it’s kind like this, and including Penny Dreadful is a perfect fit. 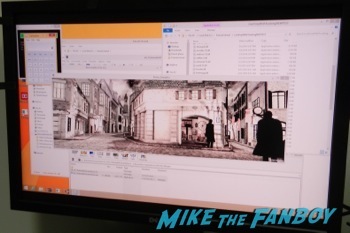 “Using the lasers we can tell where everyone is standing and it goes right to our system” Jake says, “Once we know where people are standing, the characters decide what they want to do. They can introduce themselves to you or walk off into the background.” 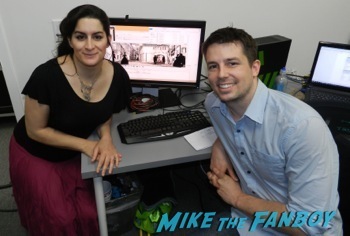 It’s honestly, really interesting to check out, especially with them all having a mind of their own. “It’s just like written word and symbols” Jake said, “It allows us to create these beautiful models and motion capture, they can loiter and look ominous.” 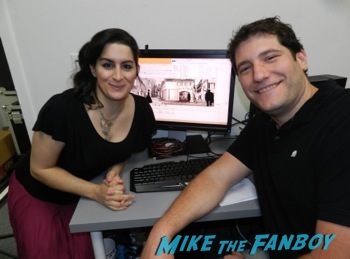 “Sometimes the characters will surprise you, you expect them to do one thing and they do another.” A very sleepy Jake explained. 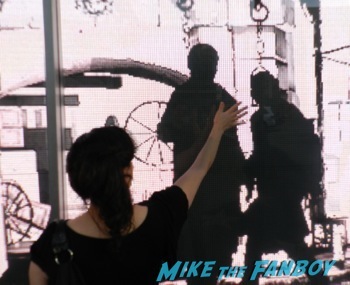 We went back to the window to look at it again after talking with Jake and Vanessa got a little creeped out! 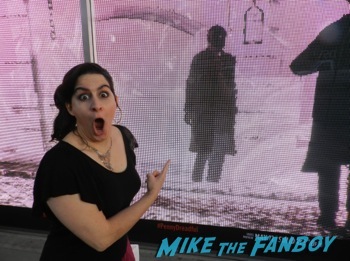 Check out the Showtime interactive display now until May 18th at the Roosevelt Hotel in Hollywood and in New York on 21st St and Broadway.