One of the biggest signings at SDCC his year was the cast signing for Sin City 2. The new film coming soon starring Jessica Alba, Josh Brolin and directed by Robert Rodriguez.

Both Suddenly Susan and Billy were able to get in on the signing and meet the cast. Can we say awesome? I think we can. Especially Billy Beer who likes to drool, I mean geek out on Jessica Alba. LOL.

Dark Horse hosted a special and very limited signing for Sin City: A Dame to Die For. Billy and I were lucky enough to pull winning tickets! In attendance were Jessica Alba, Josh Brolin, Rosario Dawson, Robert Rodriguez, and the creator himself, Frank Miller! 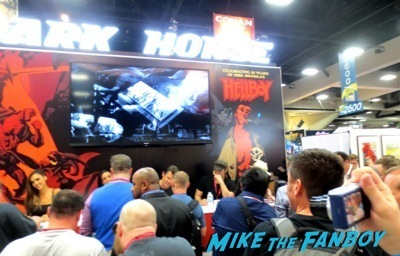 I was very excited about this one. Although we could not take photos with the actors, I was able to get some nice ones while waiting in line. BTW, that’s Billy Beer in the green hoodie, whom Jessica is smiling at so adoringly. 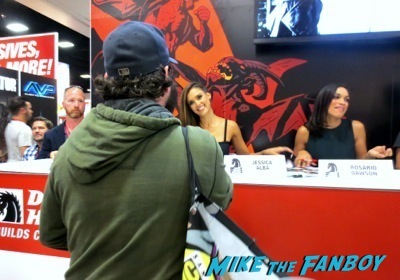 The mini poster they were signing was ultra-cool. We could see from the line that Rosario was signing in red Sharpie, to keep in the style of the black and white with splashes of red movie. At first we thought this was a terrible idea, but it looks pretty darn awesome. 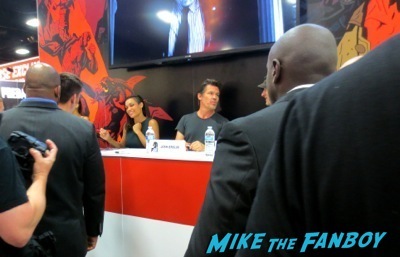 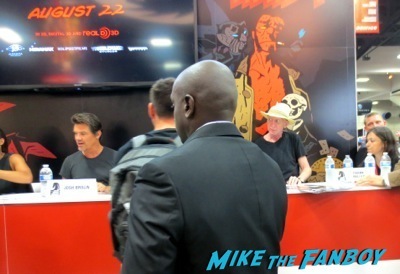 I asked for mine to be personalized, of course. I told Josh that I was a big fan of his work in ‘W’ and ‘Milk’. He said, “oh wow, thank you very much.” He slid the poster down to Robert who asked, “to Susan, right?” He overheard me tell Josh – awesome! It was great meeting a legend like Frank Miller as well. Sadly, his health is not the best at the moment. Hopefully, he recoups soon. 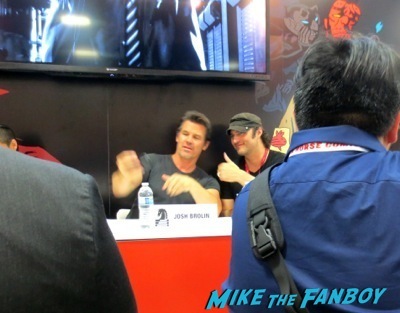 This was definitely a great cast to meet, and all were friendly and fun! 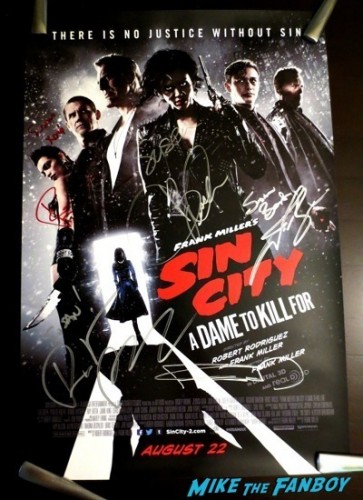